The Man Who Wouldn’t Take A Bow

But you know what it doesn’t have? Interviews with the once immensely popular Ryan O’Neal as well as costar Marisa Berenson, both of whom are still with us and walking around and doing things. And that seems strange to me, especially in the case of O’Neal.

There’s no denying Barry Lyndon is O’Neal’s most admired film by far, or that a semi-exalted place in cinema history is assured O’Neal because of it. And yet when the classiest, most blue-chippy Bluray distributor in the world comes calling (as they surely must have), O’Neal refuses to sit down and share? 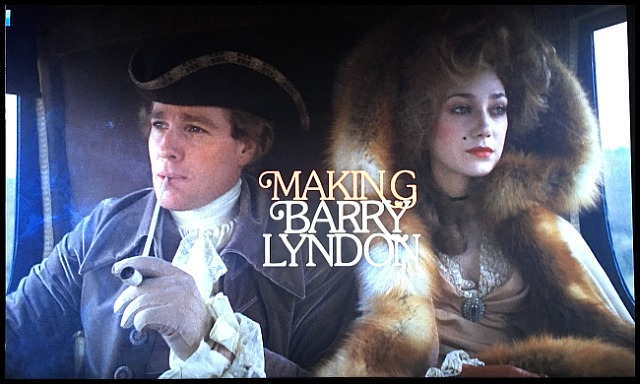 I suspected at first that O’Neal might not have participated due to illness, as I’d read five years ago that he was dealing with prostate cancer and lukemia. But O’Neal rebounded, at least to the extent that he’s now planning (or was recently planning) to costar in a U.K. tour of A.R. Gurney’s Love Letters with Love Story costar Ali McGraw. (One of the bookings will happen at Wolverhampton Grand Theatre from 11.13 thru 11.18.)

I don’t know when the “Making Barry Lyndon” interviews were captured, but probably last winter or spring, or at the very latest early summer. O’Neal couldn’t afford three or four hours to sit down and chat? Health concerns aside, the only other reason O’Neal might have declined is that 42 years later he’s still smarting over the public’s generally lethargic reaction to Barry Lyndon, and that he still believes it all but killed his career.

O’Neal spent over a year shooting Barry Lyndon. Principal photography took 300 days, from spring 1973 through early 1974 with a break for Christmas. Alas, the film was considered a commercial disappointment and even suffered a mixed critical reception, and O’Neal, poor fellow, won a Harvard Lampoon Award for the Worst Actor of 1975. O’Neal claimed here and there that his career never recovered from the film’s reception. “Oh, it’s all right but [Kubrick] completely changed the picture during the year he spent editing it,” O’Neal told Gene Siskel in a 1984 interview.