In response to a N.Y. Times story cataloguing almost three decades worth of unsavory sexual intimidation and offers of pay-for-play sexual favoritism, Weinstein Co. honcho Harvey Weinstein has announced he’ll be stepping down from his perch in order to “learn about myself and conquer my demons…I know I have a long way to go but this is my commitment…I cannot be more remorseful about the people I hurt, and I plan to do right by all of them.”

Weinstein was not accused in the article of being a masher or a groper or of any kind of physically threatening, Roman Polanski-in-the-’70s behavior. The allegations basically boil down to various women having received unwanted icky attention and intimidation in hotel rooms (including nude-massage requests) plus corresponding payoffs or freeze-outs for women who refused or complained or threatened to go public. 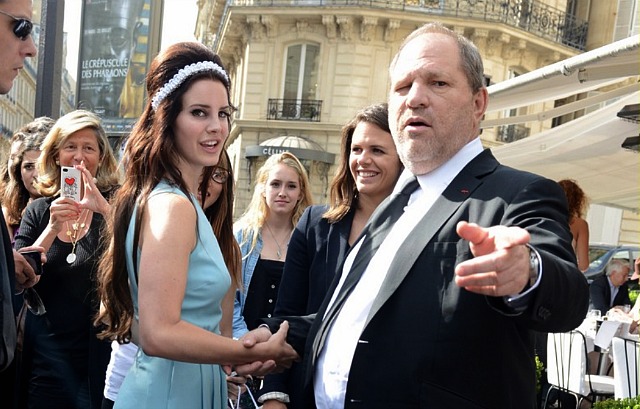 All in all, for Miramax and Weinstein Co. female executives, interns, actresses and many others in between, Harvey’s unfortunate behavior resulted in “a toxic environment for women at this company,” as Lauren O’Connor, a former Weinstein Co. “creative executive” and book scout”, explained in a reported 2015 memo.

Paragraph #5: “An investigation by The New York Times found previously undisclosed allegations against Mr. Weinstein stretching over nearly three decades, documented through interviews with current and former employees and film industry workers, as well as legal records, emails and internal documents from the businesses he has run, Miramax and the Weinstein Company.”

This is the most damning portion of the piece: “’From the outside, it seemed golden — the Oscars, the success, the remarkable cultural impact,’ said Mark Gill, former president of Miramax Los Angeles, which was then owned by Disney. ‘But behind the scenes, it was a mess, and this was the biggest mess of all,’ he added, referring to Mr. Weinstein’s treatment of women.”

Perspective: The article claims that Weinstein was a sexually abusive boss in the ’90s, but nobody said anything back then. The piece lays out several allegations about his abusive ways having continued into the 21st Century, or roughly over the last 15 years. But nothing of serious force or blowback happened until today.

There are two reasons why. One, the power of the financially struggling Weinstein Co. has diminished to the point that people aren’t as afraid of Harvey now as they used to be. And two, a journalistic fuse has recently been lit about identifying sexual abusers and harassers and making them face the music, and today’s Harvey takedown piece is but the latest. More will presumably follow.

Is it appropriate for sexual harassers and abusers to be dragged before the court of public opinion and beaten with a cane? If they’re guilty, yes. What’s wrong is wrong, and cruel and/or abusive actions have consequences. But Harvey Weinstein is paying the current piper because he isn’t the economic titan he used to be, and because a general journalistic hunger for revenge is afoot right now, and it won’t be stilled any time soon. 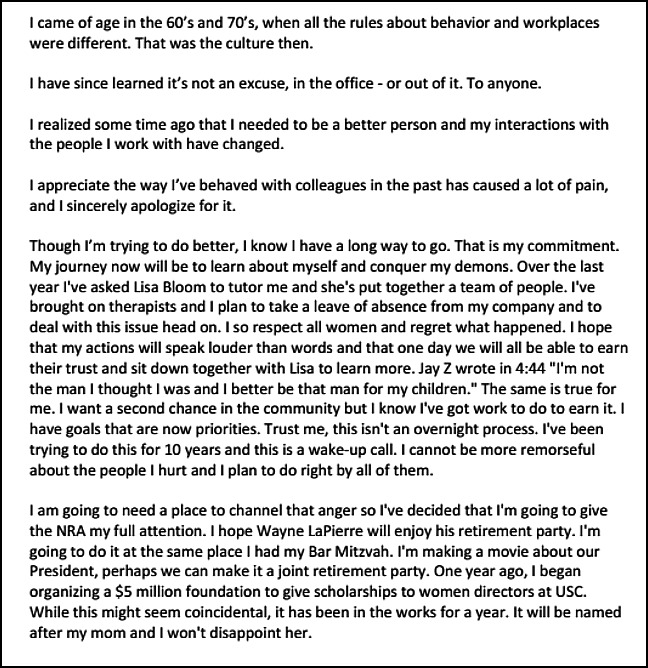