What Is and What Should Never Be

Criterion’s forthcoming Breakfast Club Bluray (1.2.18) feels like a cultural curio. Like their 2008 Armageddon DVD, it’s one of their gesture releases — an attempt to persuade the physical-media-owning world that Criterion product isn’t entirely about catering to elitist Richard Brody-level dweeb favorites and sensibilities, and that it has a populist bone or two in its body. Criterion understands, in short, that every so often mainstream popularity actually counts for something or other.

Everyone regards this John Hughes high-school dramedy (released on 2.15.85) as some kind of Brat Pack or Reagan-era landmark event. It is that, I suppose. An ’80s fetish thing. If you were to give me 15 minutes to list the most culturally significant films of the ’80s, I would probably include The Breakfast Club on the lower third of the list. Risky Business would be in the upper third, and in fact near the top. Don’t even think about mentioning these two films in the same breath. 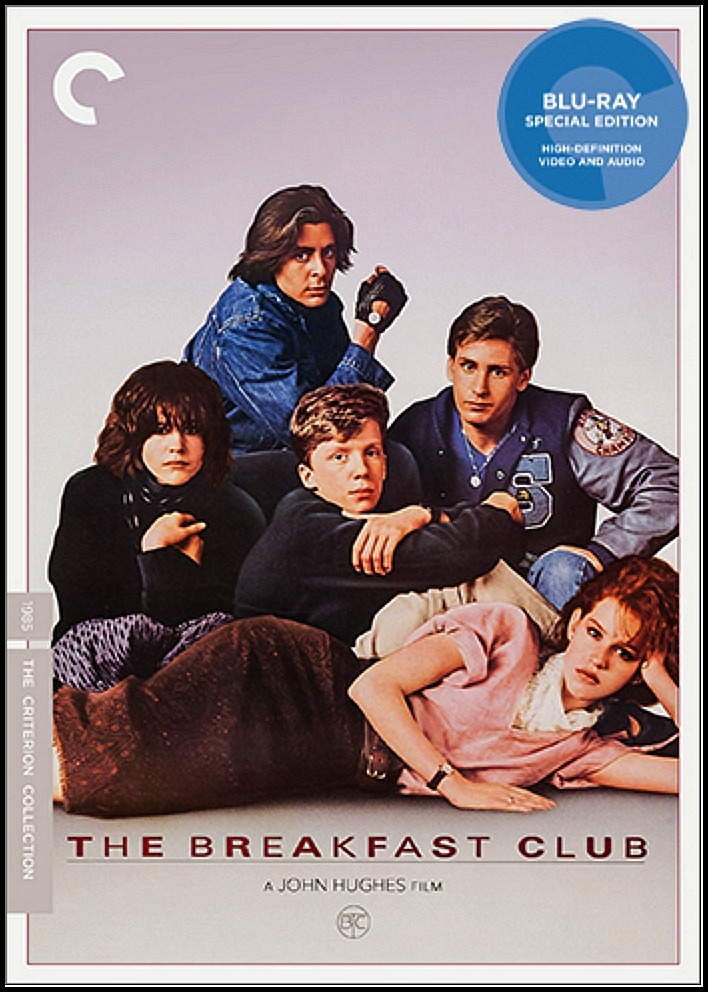 The Breakfast Club was decently shot by Thomas Del Ruth, but it’s not like Del Ruth set the world on fire with what he captured. (I’m sure he’s a nice guy but his no-great-shakes resume speaks for itself.) It looks fine but calm down. Plus it was re-released theatrically and offered as a Universal Home Video 30th Anniversary Bluray two years ago. Criterion’s Bluray comes from a new “4K restoration,” but you and I know it won’t look all that different from the 2015 version.

One of the reasons Criterion is putting out a Breakfast Club Bluray, at least in part, is that last year it was “selected for preservation in the United States National Film Registry by the Library of Congress as being ‘culturally, historically, or aesthetically significant’,” blah blah.

In the HE realm the final measure of quality or importance is whether I, Jeffrey Wells of West Hollywood, have ever re-watched The Breakfast Club since I attended a Westwood all-media screening 32 and 3/4 years ago. The answer is “no, I have not.” And that includes ignoring the 30th anni re-release, the Universal Bluray and the streaming opportunities.

My reasons can be summed up as “it’s an okay, moderately winning film but let’s not get too excited…it’s just a clever, occasionally on-target Hughes slider that accurately reflects certain modes of alienation known to the ’80s high-school mindset ….zeitgeisty and conceptually catchy as far as it went, okay, and yes, it launched or re-enforced the careers of Emilio Estevez, Molly Ringwald, Anthony Michael Hall and Ally Sheedy (but not Judd Nelson‘s), and…I don’t know, is there anything else?

An HE commenter wrote this morning that it delivered a “good solid theme about ditching the persona and digging down deep into who you really are.” Okay, fine, it did that. And?

If you were in your mid teens in the mid ’80s and are now well into your 40s and trying to deal with the oncoming big five-oh, The Breakfast Club probably “means” something to you on some level. That’s about as deep as it gets.