Woman, Will You Weep For Me?

Where did I read an observation about the odd-couple pairing of Donald Trump and Mike Pence that compared Trump to the Rat Pack-era Dean Martin and Pence to Hugh Beaumont‘s Ward Cleaver in Leave It To Beaver? While I work on running that down, consider the following from Jane Mayer‘s 10.23 New Yorker piece, “The Danger of President Pence”: 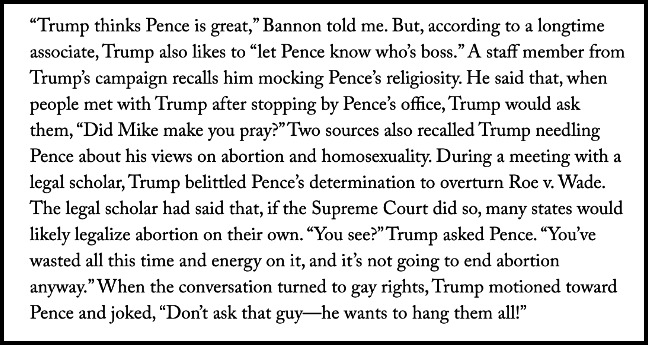 Two gay deserters are standing in front of Mike Pence‘s Tom Dunson in a climactic scene from Red River. Gay guy #1: “Why doncha get your Bible and read over us after you shoot us?” Pence (smug, sneering): “I’m gonna hang ya.” Montgomery Clift (as the closeted Matthew Garth): “No, no you’re not. You’re not gonna hang those men.” Pence: “Who’ll stop me?” Clift: “I will.”

October 16, 2017by Jeffrey Wells10 Comments
« Previous post
What Does “Deserve” Even Mean?
Next post »
Nolan’s Spy Who Loved Me Disconnect