I still haven’t seen Wonder so here it is, right? But among these five you know which one I really feel like popping onto the Bluray player? The Disaster Artist, and I’ve already seen it twice. You know why? I’ll tell you why. I don’t know why. Actually it’s because I love James Franco‘s performance as the wailing Count Dracula from Eastern Europe. “Aaagghhh!!”…give this man a Best Actor nomination. 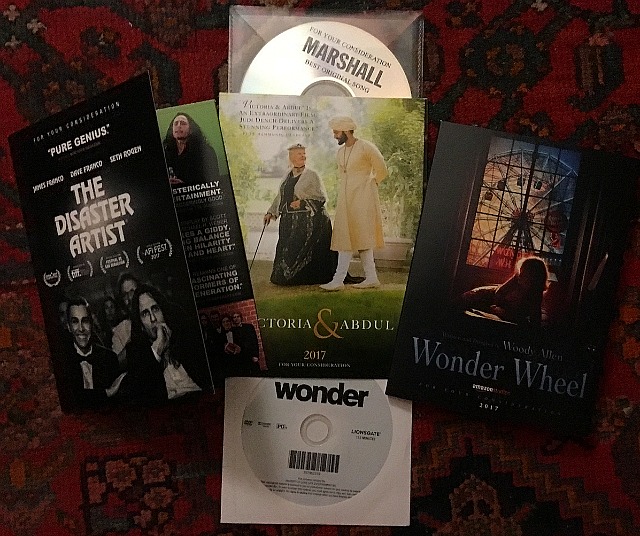 A few hours ago I dropped off the Mini Cooper at A & M Auto Repair for a tune-up. Rather than take a cab home and return at 5 pm, I decided to file from Sprouts Farmers Market, which is right next door. They have a nice cafeteria area, and what I would call half-decent wifi. I was hit with a sudden urge to nap around 2 pm and so I stretched out on a bench, and the staffers didn’t hassle me. Good fellows. I’ve also done a lot of people watching over these last few hours, and it left mem with a certain melancholy feeling. A lot of hangdog expressions, a mood of slight despair, people with stooped shoulders, etc. A lotta people out there hurtin’. Life is demanding and then you die. 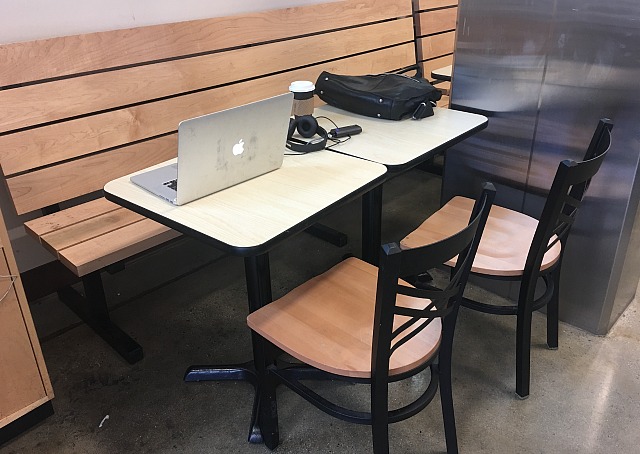 A day after expressing interest in Alan K. Rode‘s “Michael Curtiz: A Life in Film” (University Press of Kentucky), a critic friend reminded me about a dark stain on Curtiz’s reputation. I’m speaking of the notorious tripped-horse incident that happened during the filming of The Charge of the Light Brigade (Warner Bros., 10.20.36).

The Wikipedia entry explains it concisely: “For the filming of the climactic charge, 125 horses were tripped with wires; of those, 25 were killed or had to be put down afterward. Errol Flynn, an accomplished horseman, was outraged by the animal cruelty and by director Michael Curtiz’s seeming indifference, and attacked Curtiz. They were pulled apart before any serious damage was done.

“The charge sequence forced the U.S. Congress to ensure the safety of animals in motion pictures; the ASPCA followed suit and banned tripwires from films. Because of the number of horses killed, TCOTLB was never re-released by Warner Brothers despite Flynn’s great popularity at the time.”

Earlier today I asked Rode if we could discuss some of the details of this incident, and what his final feelings are about Curtiz’s handling of it.

My critic friend told me he’d “read parts of the book on Amazon and noted that Rode denies that Curtiz was a ‘sadist.’ I had been looking forward to buying and reading it if it told the truth. If Curtiz had worked in another business, he would have been in the penitentiary for repeated instances of (at least) manslaughter as well as cruelty to animals.”

My response: “That was a horrific episode, no question. But it’s easy to sit here in 2017 and condemn work practices of 80 and 90 years ago. As I understand Hollywood history, animal cruelty was par for the course during the 1920s and 30s. The charge is what, that Curtiz was more ruthless than others who’d deliberately caused injuries to horses? Even more so than those in charge of shooting of the chariot race in the 1926 Ben-Hur, during which “as many as 100 horses died“?

“Perhaps so, but that was the climate and the shooting ethic in Hollywood back then. Curtiz may have been a grievous offender, but the industry-wide effort to prevent cruelty to animals wasn’t institutionalized until 1939. And animal cruelty continued for decades, or at least according to a 4.2.12 Salon piece by Susan McCarthy called “Hollywood’s Long History of Animal Cruelty.”

Almost everyone has a short list of films they’ve not only never seen but wouldn’t with a knife at their back.

What put me off was that story about Pauline Kael bolting out of a Manhattan press screening while angrily muttering that “life is too short.”

Until an hour ago I’d never seen a frame of footage from this box-office calamity, but now that I’ve seen the below passage I…I…I…I don’t like admitting this but I have to. The moment when Richard Jordan slowly walks through the rusted remains of the fabled vessel, there’s a certain…what, faintly haunted quality? Something tingly around the edges?

What films have you avoided like the plague all your life, and have never experienced a moment’s regret? 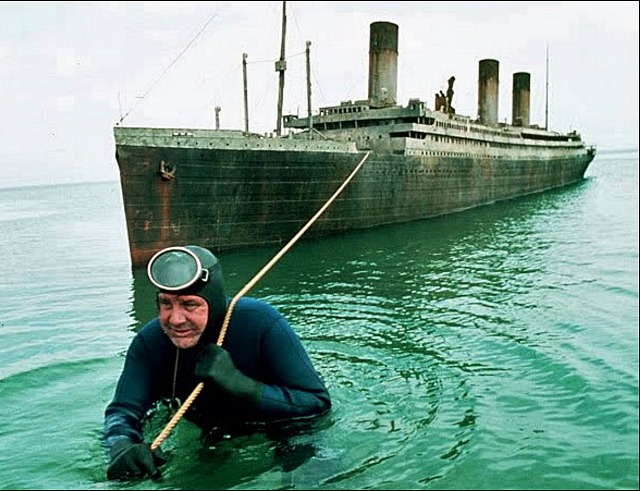 The Twitter embargo on Steven Spielberg‘s The Post lifts on Monday, 11.27, at 9 pm Pacific; reviews can’t appear until Wednesday, 12.6 at 6 am Pacific. I can’t describe or even briskly summarize the discussions among critics so far, but the conversations next week will be lively, I can tell you. There’s a big evening screening happening on Monday, 11.27 at the DGA, complete with Spielberg and his illustrious cast attending a post-viewing discussion 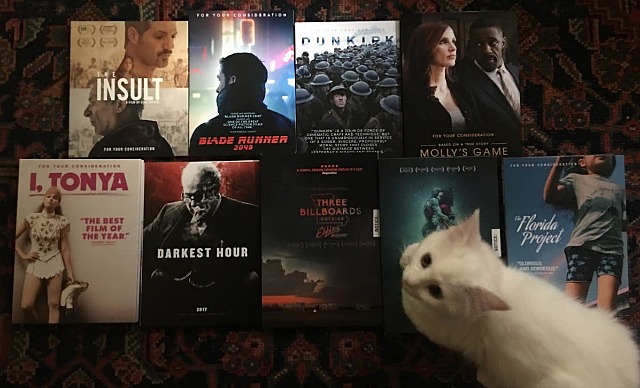 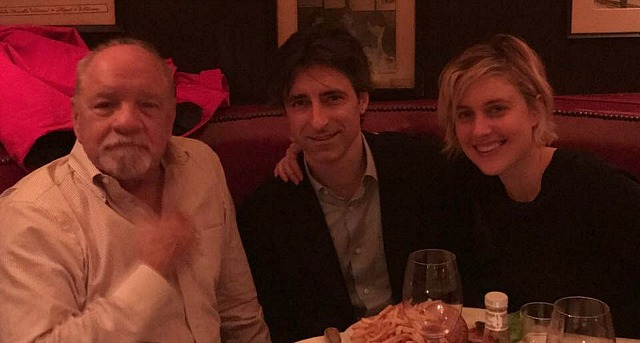 Paul Schrader engineered a stunning comeback with First Reformed, which tallied a Rotten Tomato score of 95%. It delivered the kind of lean, flinty, straight-faced realism that hadn’t been seen from Schrader since….what, Light Sleeper? Or should I say Hardcore (’90)? This photo of Schrader, Noah Baumbach and Greta Gerwig was recently taken at Minetta Tavern, and then posted on Facebook.
(More…)
November 22, 2017 11:24 amby Jeffrey Wells
2 Comments
Another Night with Lois Weber 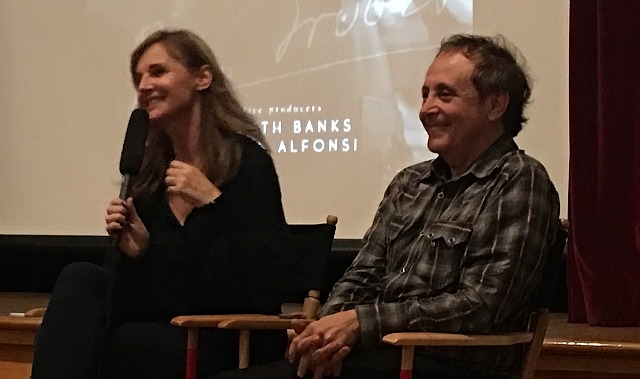 There was a fair amount of excitement about Lynne Ramsay‘s You Were Never Really Here, a violent character study with Joaquin Phoenix, at the end of last May’s Cannes Film Festival. Phoenix won the fest award for Best Actor; Ramsay won for Best Screenplay. It would have made for a more interesting ’17 award season if Amazon Studios had decided to platform it next month in New York and Los Angeles, but nope. It pops limited on 2.23.18, or a little more than a week before the 2018 Oscar telecast.

It would be great if Amazon could offer a couple of screenings sometime in December, allowing those who missed the Cannes debut a chance to catch up. 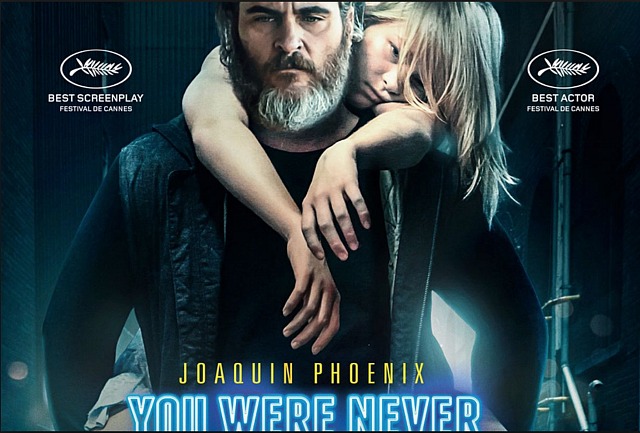 For as long as I can recall the Cannes Film Festival began on Wednesday morning, and ended 12 days later with the big award ceremony on Sunday evening. Well, no longer. It was announced this morning that the 71st Festival du Cannes will begin Tuesday, 5.8.18, and end with the big awards ceremony on Saturday, 5.19.18. The change, according to festival president Pierre Lescure, “will increase [the] prestige of the award ceremony” — Saturday night is more prestigious than Sunday night? — “while at the same time giving the closing film better exposure.” HE readers are obviously free to sort that one out for themselves. The bottom line is that the annual journalist gathering at La Pizza will now happen on the evening of Monday, 5.7.18. 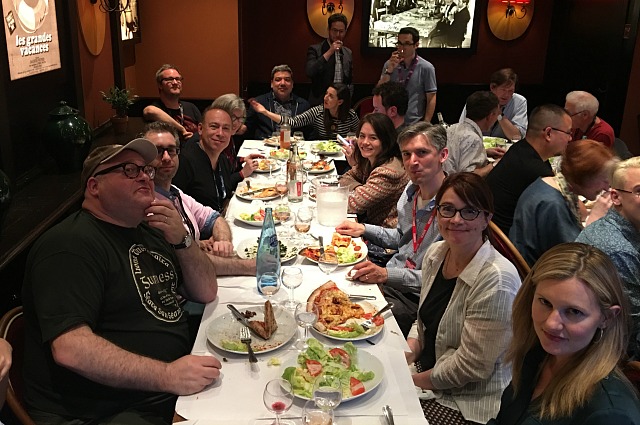