Late this morning we watched four musical segments from Michael Gracey‘s The Greatest Showman (20th Century Fox, 12.20). Lasting about 15 minutes, the footage contained four songs — “The Greatest Show,” “This Is Me,” “From Now On” and a song I can’t remember the title of. Then it was over to the Four Seasons for a nice lunch and then a performance of “This Is Me,” sung by Keala Settle with accompaniment from songwriters Benj Pasek and Justin Paul, who also wrote the lyrics to Justin Hurvitz‘s La La Land score. The performers were introduced by Hugh Jackman, who stars as showbiz impresario P.T. Barnum. The Greatest Showman opens in 22 days — no screening invites yet. 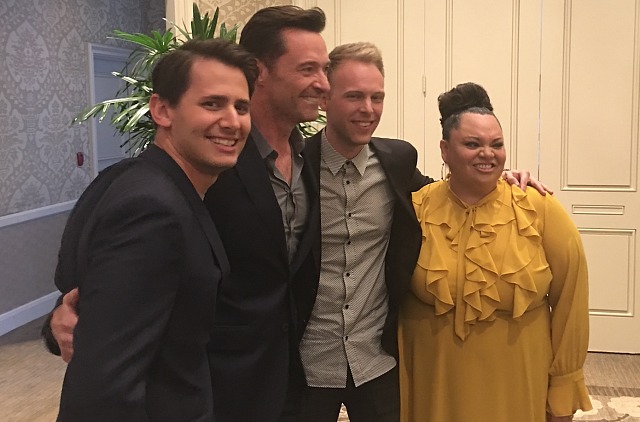 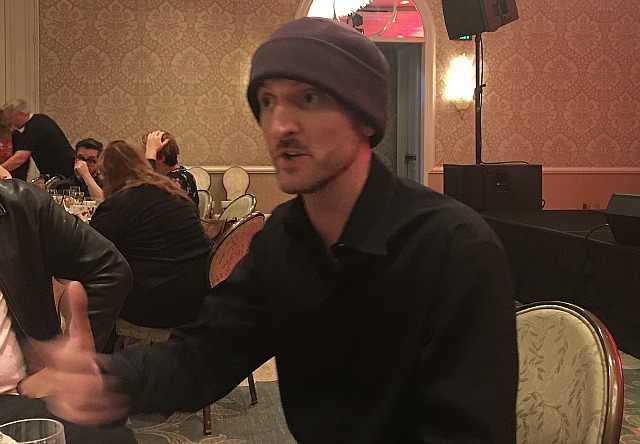 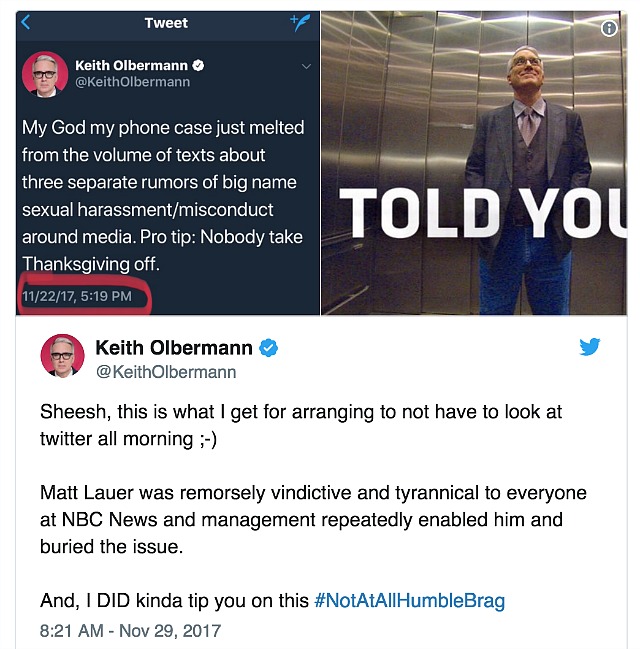 Earlier today the National Board of Review handed three big fat awards to Steven Spielberg‘s The Post — Best Picture, Best Actress (Meryl Streep) and Best Actor (Tom Hanks). Everyone presumably understands by now that Call Me By Your Name operates on a much loftier aesthetic plane than the Spielberg film, and that it’s much more emotionally nourishing. But the anti-Trump political metaphor was hard to vote against, I suppose. The Post is a smartly written, highly stirring newspaper drama from the old school, and I for one loved the way it made me feel. But Call Me By Your Name is a masterpiece. I’m sorry but it is.

The NBR choices for 2017’s Top 10 Films included Baby Driver, Call Me by Your Name, The Disaster Artist, Downsizing, Dunkirk, The Florida Project, Get Out, Lady Bird, Logan and Phantom Thread. They gave The Post their Best Picture, Best Actress and Best Actor award but didn’t include it among their top ten? And…wait, they blew off Darkest Hour, The Shape of Water and Three Billboards Outside Ebbing, Missouri? How will Pete Hammond and Tom O’Neil explain that one? Guys?

Freedom of Expression Awards went to John Ridley for Let It Fall: Los Angeles 1982-1992, and to Angelina Jolie for First They Killed My Father.

In a snide and dismissive 11.26 article called “Ten Years of Trying To Make Armie Hammer Happen,” Buzzfeed‘s Anne Helen Petersen describes Hammer’s difficulty in launching himself over the last seven years or so.

Most of her observations are partly true, but here’s how I’d put it. Hammer happened in 2010’s The Social Network (i.e., the “Winklevii”), and it was just a matter of landing another role as good. I was a bit worried for him after The Lone Ranger, but I suspected he’d recover. He actually did half-recover in The Man From UNCLE but the film…not good enough. And then Luca Guadagnino came along and just flat-out saved Armie’s ass. In the immediate aftermath of the first-anywhere screening of Call Me By Your Name at last January’s Sundance ’17, it was obvious Hammer had been restored, redeemed and propelled onto high ground.

But Petersen also strolls into an unfortunate p.c. mindset. “Hammer [has] comported himself the way people who have grown up with money often do,” she writes. “With confidence and charisma, or, if you’re being less generous, like a little bit of an asshole.” Because Hammer happens to be really good-looking, she means. And because he’s white, of course, which translates as arrogant and entitled. Petersen is expressing a basic attitude about confident, broad-shouldered whiteys that has embedded itself over the last…oh, dozen years or so. Which is that there’s something vaguely dickish and socially toxic about these guys.

In a 7.30 HE piece called “When Ax-Blade Handsome Was Okay,” I asked “which upper-echelon actors in today’s realm are ax-blade handsome in that tall, broad-shouldered, WASP-ian way? Two guys I can think of — Armie Hammer and (when he’s not summoning memories of Ernest Borgnine) Henry Cavill. But that’s about it.