Hyenas and wild dogs will attack and eat any animal they can get a jump on, including baby elephants. But they do this out of instinct. Predators are part of nature’s scheme. They kill to survive. Which is more than you can say for the Trump administration and its approval of killing animals for cheap thrills.

Trump’s interior secretary Ryan Zinke has announced the lifting President Obama‘s ban on importing elephant heads and feet from Zimbabwe and Zambia in order to make things easier for their creepy rich friends who shoot elephants for “sport” in these countries. After doing so many of them want elephant footstools and mounted heads sent back so they can display them in their dens and living rooms. (I’ve seen a full-tusk elephant head on a wall exactly once in my life, and that’s when I had lunch a few years ago at Manhattan’s Harvard Club.)

I haven’t studied up on Zinke, but he seems to be yet another aggressive-minded Republican who favors the notion of powerful rich guys doing and getting whatever they want, including the immense satisfaction that comes from drilling a bull elephant between the eyes and watching him moan and stagger and fall to the ground. This action almost certainly won’t help ongoing efforts to protect elephants from wanton murder by ivory poachers. Could the Trump administration get any fouler? 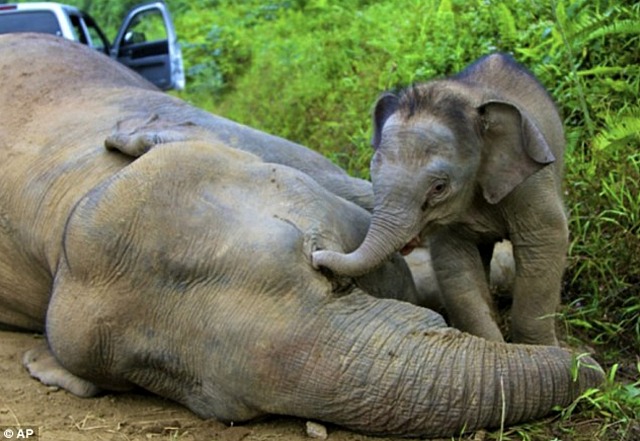