Ducking Out for Dench

I have to drive all the way up to Santa Barbara’s Bacara Resort & Spa for a special Kirk Douglas Award Ceremony honoring Dame Judi Dench for Excellence, and particularly for her stirring performance in Victoria and Abdul. The ceremony is being thrown by the Santa Barbara Int’l Film Festival and particularly by HE’s own Roger Durling. And I’m late as it is. I’ll probably get there by 6:45 pm or thereabouts. And then I’ll have to drive all the way back at 10 pm. 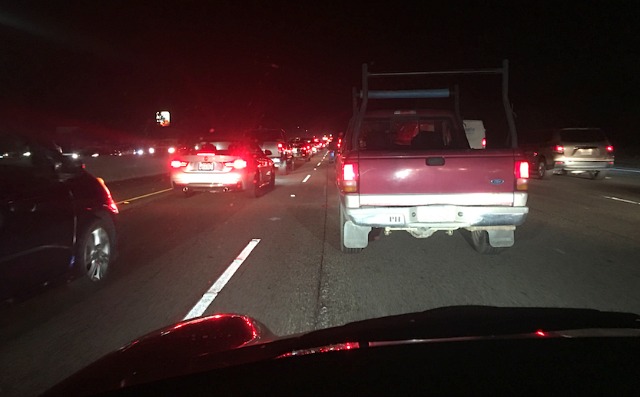 Update: Bust! I left West Hollywood at 4:05 pm. Two hours later I was on the 101 in Calabassas, a little past Malibu Canyon and stuck in “accident” traffic. Even without the bumper-to-bumper I would be looking at a minimum of 100 minutes to get to the Bacara Resort & Spa in Goleta, which is maybe 20 minutes past Santa Barbara. But the traffic jam wouldn’t quit. I sat there. I edged forward a few feet and sat here some more. “To hell with it,” I said out loud. I got off the freeway and turned around. I stopped at a Malibu Canyon Starbucks to wait out the commuter traffic. I apologized to Roger, telling him things were impossible. He’ll send me photos and video tomorrow. Cheers to Judi Dench and every Los Angeles-based journo who, unlike myself, was smart enough to leave by 2:30 or 3 pm.