Half Resolute, Half Antsy

The Kevin Spacey factor has torpedoed a plan to screen Ridley Scott‘s All The Money In The World as the closing-night attraction at the forthcoming AFI Fest on 11.16, even though distributor Sony Pictures is sticking with the original 12.22 release date and not, as was rumored earlier today, planning to delay the opening until June 2018.

HE applauds Sony Pictures’ decision to hold its ground with the 12.22 debut but disagrees with the decision to yank it from the AFI Fest slot. 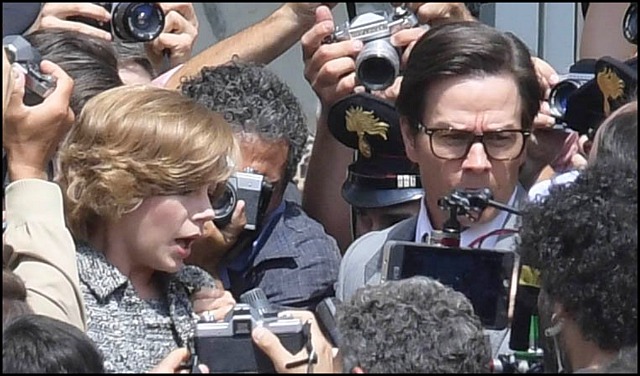 Michelle Williams, Mark Wahlberg in Ridley Scott’s All The Money In The World (Sony, 12.22). 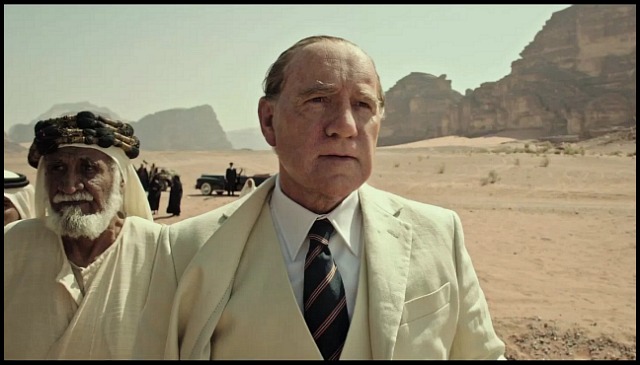 The distributor said in a statement that “a film is not the work of one person…there are over 800 other actors, writers, artists, craftspeople and crew who worked tirelessly and ethically on this film, some for years, including one of cinema’s master directors…it would be a gross injustice to punish all of them for the wrongdoings of one supporting actor in the film. Accordingly, the film will open wide as planned on December 22.”

Yeah, but it’s necessary to deny these same tireless workers their one night of big-media glory at the AFI Fest.

Sony is saying, in effect, that they want to respect and honor the communal effort that All The Money In The World represents, but they feel that premiering the film at AFI Fest ten days from now is too soon.

What Sony really means is that an All The Money in the World premiere would offend the progressive Hollywood community and particularly the victims of sexual harassment and assault who wrote all of those “me too” statements. Not premiering it at AFI Fest is a gesture that says “this will hurt a bit commercially, but we understand and support the sea-change movement that’s happening right now and so we’re holding off on the closing-night thing.”

Sony is also gambling that opening the film on 12.22 presumably won’t offend the popcorn-munchers as much, given that they’re somewhat less attuned to concerns of the Hollywood community.

It can actually be argued that the Spacey scandal factor will conceivably increase business, especially if the reviews of his performance are admiring, which is likely. Are there any critics out there who are determined to pan Spacey’s performance because of his personal shortcomings? Those who answer “yes” need to think about turning in their badges.

It’s not like All The Money In The World is the same as House of Games. It’s not “a Kevin Spacey film” — it’s a Ridley Scott film in which Spacey plays a noteworthy supporting role (J. Paul Getty). The ’80s melodrama costars Michelle Williams, Mark Wahlberg, Charlie Plummer, Charlie Shotwell, Romain Duris and Timothy Hutton.

I have a vague feeling this is the end of any Best Picture talk for Scott’s film. If Sony had a serious Best Picture contender they’d be probably be playing their cards a little differently, it seems. The irony, of course, is that Spacey’s performance looked like it might punch through a Best Supporting Actor Oscar contender, given the audacious latex makeup that makes him all but unrecognizable and the likelihood that Spacey would probably give the part hell under any circumstance. Sony has now bailed on any awards campaign for Spacey, of course. The man has become a total pariah.