It’s obvious which one-sheet is the grabbier of the two. The tone of the top poster for All The Money In The World (TriStar, 12.22) isn’t just cold-blooded; it borders on sadistic. But once you’ve seen that $100 bill ear with the brownish dried blood, you’re not likely to forget it. You may not like the mentality behind “everyone wants a cut,” but it’s an effective sell. The blood also serves as a metaphor for the occasionally ruthless mindset of billionaire J. Paul Getty, who initially refused to pay ransom demands for his kidnapped grandson, John Paul Getty III.

These are the first All The Money posters, of course, with Christopher Plummer‘s name alongside Michelle Williams and Mark Wahlberg. 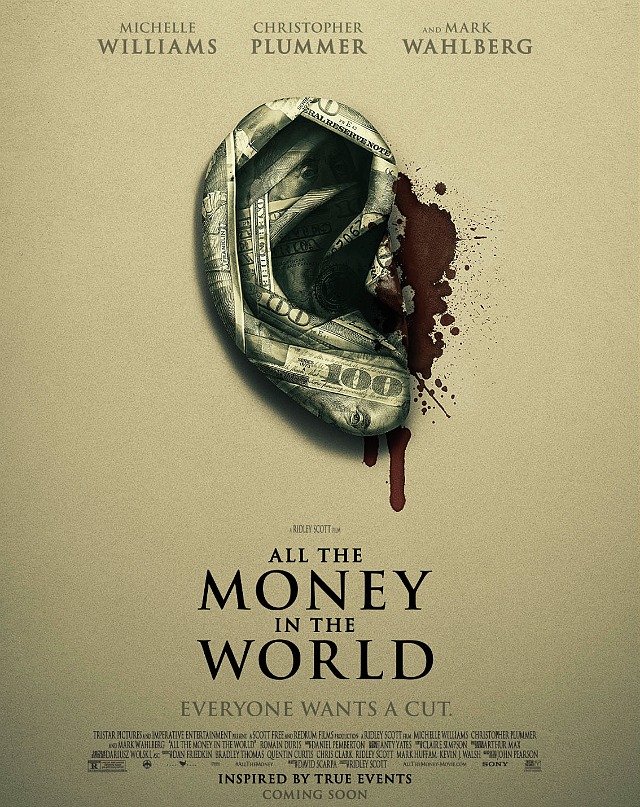 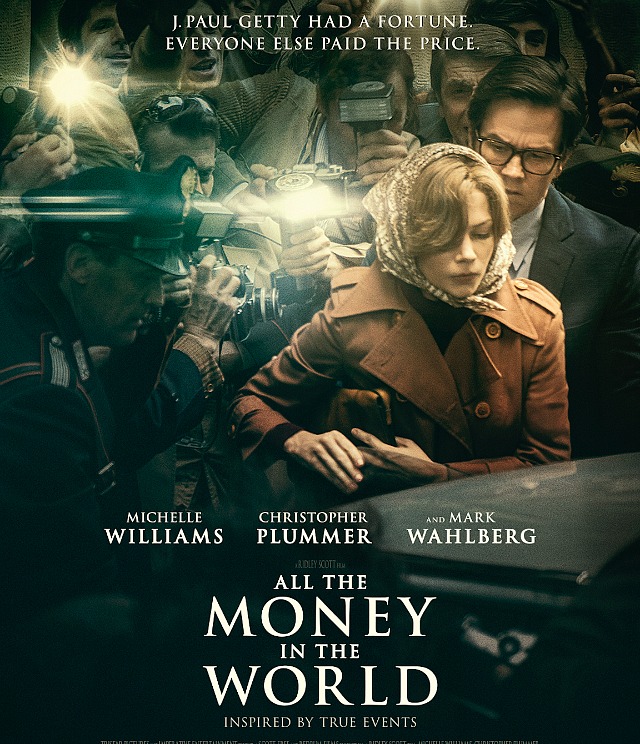