Posted on 11.2, 11:19 pm: A chat between Phantom Thread director Paul Thomas Anderson and Entertainment Weekly‘s Kevin Sullivan was posted at 12:31 pm today. The money quote is when PTA mentions Alfred Hitchcock‘s Rebecca as an inspiration:

“It’s not your standard love story. It’s more peculiar for sure. A lot of directors have tried and failed to make Rebecca. I’m probably next in line, but it’s a different story. I’m a large aficionado of those large Gothic romance movies as the old masters might do them. What I like about those kinds of love stories is that they’re very suspenseful. A good dollop of suspense with a love story is a nice combination.”

In other words Daniel Day Lewis‘s Reynolds Woodcock is Maxim de Winter, Vicky Krieps‘ Alma is Joan Fontaine, and Lesley Manville‘s Cyril Woodcock is Judith Anderson or Mrs. Danvers. Or something in that realm. 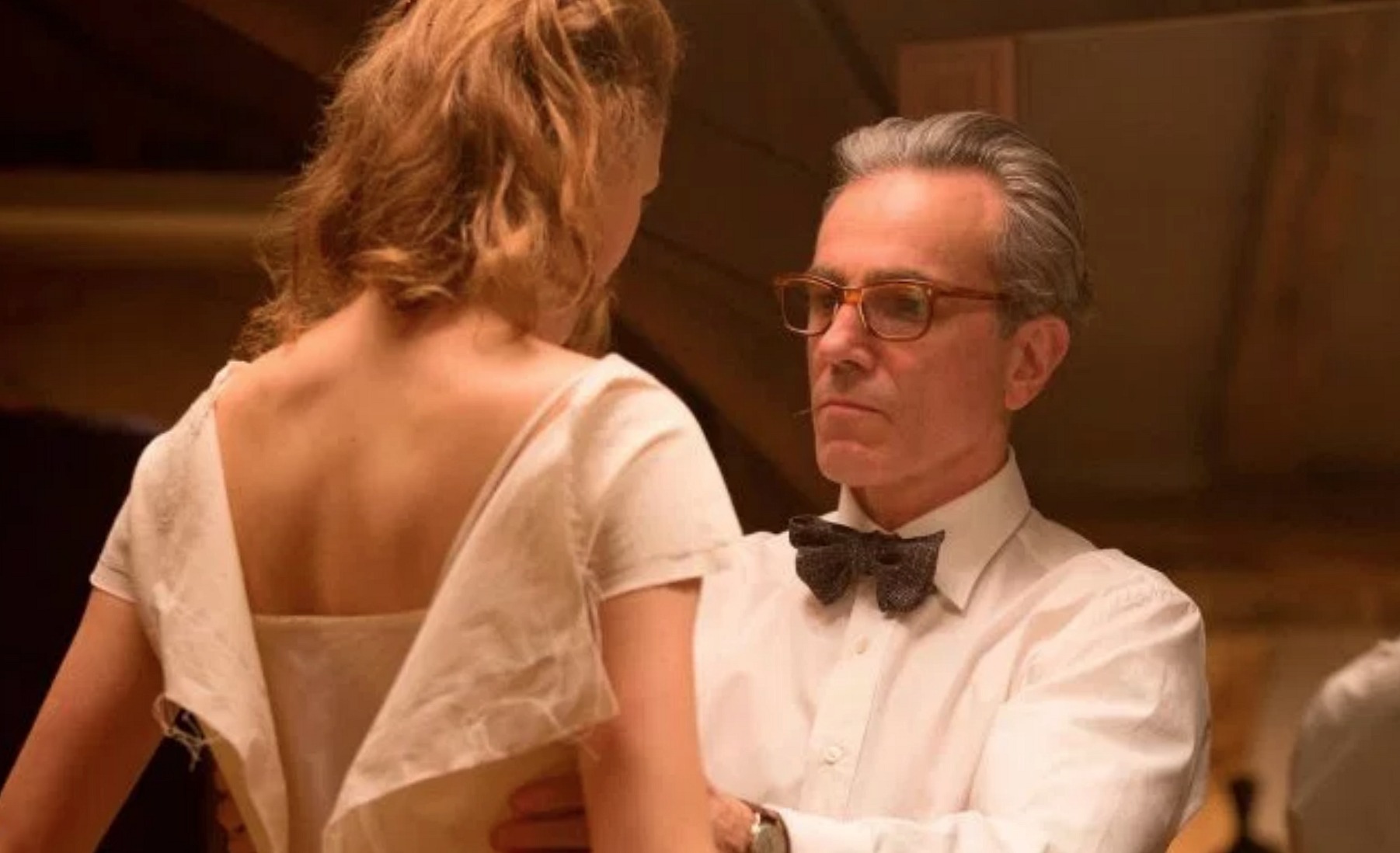 Earlier today, posted around 5 pm: I’m starting to question a certain rumor about Paul Thomas Anderson‘s Phantom Thread (Focus Features, 12.25). The talk has been that it becomes a kind of 50 Shades of Grey thing in the third act (i.e., “a classier version of 50 Shades of Grey“). Yesterday a friend passed along a notion that “the current trailer is a kind of a bait and switch….that it looks like it’s going to be a relationship drama that gets darker as it goes on, but that it has an unhinged third act.”  No specifics but the trailer is said to be somewhat misleading, or so some suspect.

I replied that the “classier version of 50 Shades of Grey” rumor has been kicking around for a while now. The friend said he’d been told that it goes “completely crazy” at the end, and was wondering if I’d heard any specifics. So I asked a guy who hears things from time to time, and he passed along a different kind of heresay, which is that Phantom Thread “is not explicitly sexual.” He’s been told that “it’s akin to 50 Shades when it comes to the controlling power dynamics and the parameters of their relationship, which she both embraces and subverts. But there is a real struggle for dominance.”

The trailer suggests that the power struggle is a triangle thing — Daniel Day Lewis‘ Reynolds Woodcock vs. Vicky Krieps Alma with Reynolds’ sister Cyril Woodcock, played by Lesley Manville, butting in and warning Alma. “Leave my brother alone, let him tend to his creations, you’re asking for trouble,” etc.