On 12.14 I made it clear that I had no problem with the Academy’s foreign-film branch leaving Robin Campillo‘s BPM: Beats Per Minute off the shortlist. I respect BPM — it’s fleet and sharp and well cut — and I admire, of course, the balls-out militancy of the ACT UP movement in the late ’80s and ’90s. But to me Campillo’s felt too strident, too hectoring and a little too Taxi Zum Klo.

Yeah, that’s right — I prefer gay movies (i.e, Call Me By Your Name) to queer cinema. I guess that makes me a bad guy in some quarters, right?

Variety‘s Guy Lodge has dutifully passed along the elitist disappointment about the BPM snub. “More conservative voters in the general branch might not warm to the film’s length, talkiness and frankly queer sensibility, it was reasoned,” GL wrote, “and when the film got frozen out of the Golden Globes last week, we were given a hint that it wasn’t a universal favorite outside the critical enclave. [For] the general verdict from onlookers was that the Academy had erred badly by passing on Campillo’s film.”

Translation: Those who didn’t vote for BPM are likely homophobes, and they need to work through that. Group therapy, night classes, etc.

Guys like Mark Harris and Vanity Fair‘s Richard Lawson can lament this, but there’s no law that I know of stating that you have to be moved by, say, a scene in which an AIDS-ravaged guy gets a death-bed hand job. “Reform is desperately needed here,” tweeted Harris. “And the fact that it’s a gay movie…this is a stain.”

Presumably the foreign language committee as well as the Academy at large understand that the next queer movie that comes along needs to be embraced with a bit more fervor. If not, more charges of homophobia!

The first Sundance showing of Gus Van Sant‘s Don’t Worry, He Won’t Get Far on Foot, about cartoonist John Callahan, is about as prime as it gets — Friday, 1.19 at 9:45 pm, Eccles. And today’s announcement about the Amazon release being selected as a 2018 Berlinale competition title completes the picture. The film is apparently a first-rater with heat, and Van Sant is looking pretty slick himself. 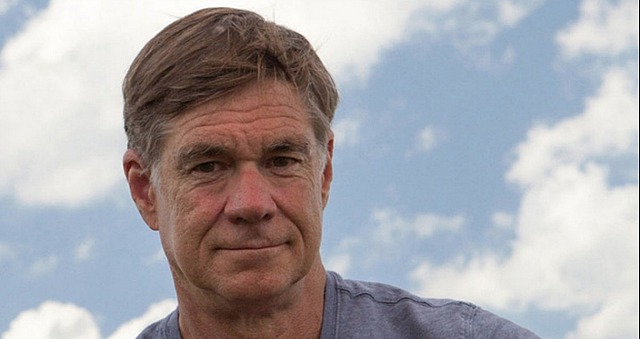 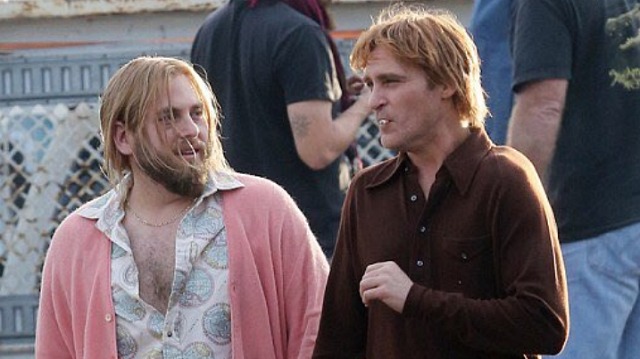 Don’t forget that Van Sant was all but covered in shit after the critical drubbing that his last film, The Sea of Trees, received in Cannes two and a half years ago. It just goes to show that if you keep hustling and don’t let failure get you down, you’ll eventually find yourself back on top or close to it. Maybe. If you’re X factor to begin with.

I wouldn’t call President Trump’s statement about not planning to fire special counsel Robert S. Mueller…I wouldn’t call that comforting because you know he wants to. He just doesn’t think he can fire Mueller without making things worse for himself. If Trump were otherwise persuaded he’d go for it. He’s unhappy about Mueller for gaining access to all transition those emails. “My people were very upset about it,” he said — right. Mueller’s spokesman claimed that the email-obtaining methods were totally legit.

Owen Gleiberman‘s latest Variety essay, “Four Reasons Why Star Wars: The Last Jedi Isn’t One for the Ages“, is (what else?) highly perceptive and sharply written. If you haven’t time to read the whole thing…

Excerpt #1: “Something happens” at the end of a climactic lightsaber duel in Jedi “that echoes a famous death from the original 1977 Star Wars. It’s a ‘whoa!’ kind of moment, but…turns out to be merely the set-up for a much bigger ‘whoa!” moment.

“That mega, super-ultra ‘whoa!’ is designed to blow our minds, and in one sense it does. It leaves the audience with popped eyes and dropped jaws, going ‘Geez, I didn’t know the Jedi could do that!’

“But approximately two seconds after you’ve taken the moment in, it also leaves you with the feeling that the reason you didn’t know they could do that is that the film is making up its rules as it goes along. The moment is arbitrary, breathless but superimposed — spectacular in a monkeys-might-fly-out-of-my-butt sort of way. It seals the experience of The Last Jedi, a movie in which stuff keeps happening, and sometimes that stuff is staggering, and occasionally it’s quite exciting, but too often it feels like the bedazzled version of treading water.

“Yet you hang on and go with it, because you’re yearning for something great, and this is what the Star Wars universe, in its sleek retro-fitted corporate efficiency, has come down to: Making stuff up as it goes along.”