Support on Patreon Follow @wellshwood
31 Comments
All But Forgotten 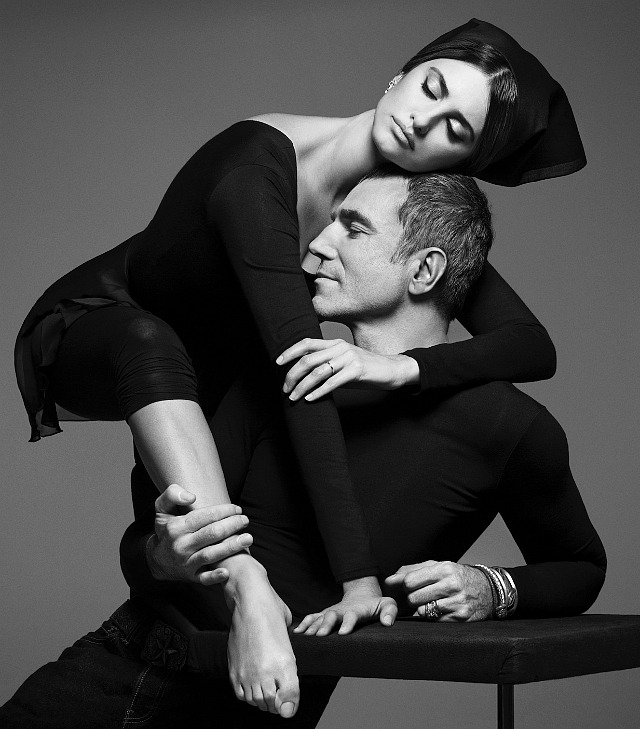 Penelope Cruz, Daniel Day Lewis during a promotional photo shoot of Rob Marshall‘s Nine, which no one wants to even think about much less recall or re-watch. I can barely remember a single scene from this 2009 Weinstein Co. release. I saw it once and put it out of my head. Okay, I remember DDL driving along Italy’s Amalfi coast in a hot sports car, heading toward Positano. 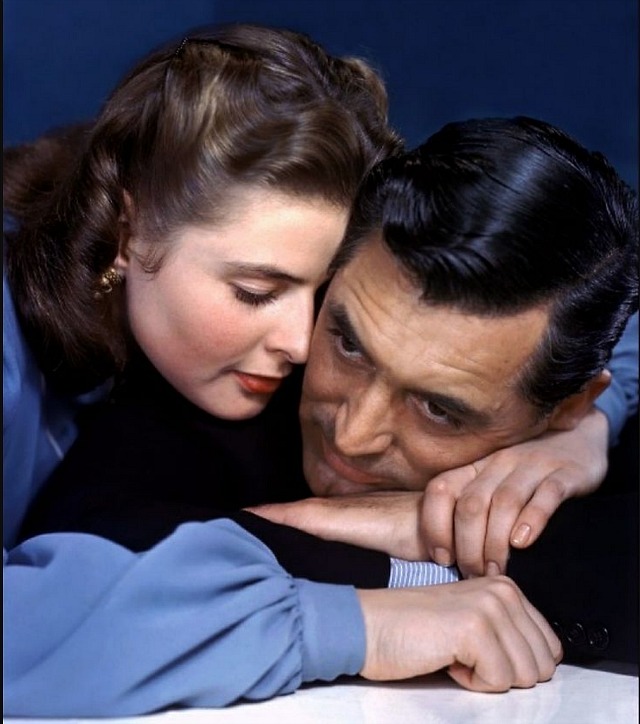 Ingrid Bergman, Cary Grant during or after filming of Alfred Hitchcock’s Notorious (’46). 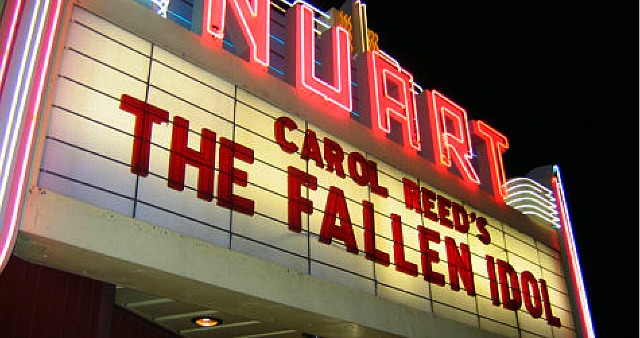 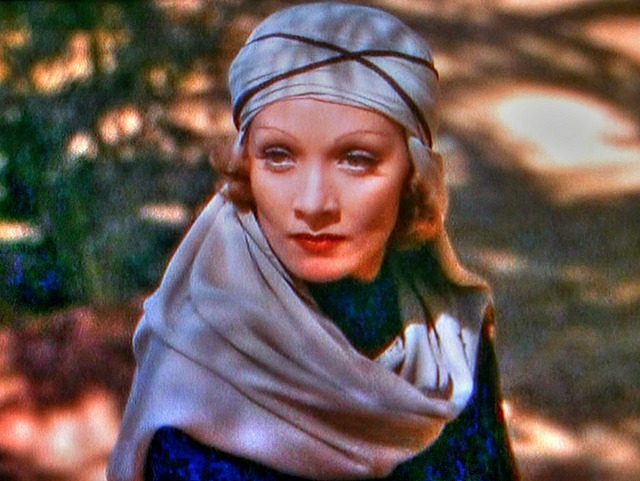 Last night I persuaded Tatyana to attend a 70mm screening of Lawrence of Arabia at the American Cinematheque Egyptian. She had never once seen it and was barely familiar with T.E. Lawrence, and I figured that despite the Egyptian’s so-so presentation it would be worthwhile for her to see it on a monster-sized screen with a big crowd of fans. I wasn’t delighted with the lack of truly sharp focus and that punch-through, extra-knockout quality that 70mm used to signify (but signifies no longer), but I didn’t mind it.

I was saying to myself over and over, “If only that amazing micro-sharp detail contained in the Amazon 4K streaming version of this classic David Lean film could somehow be projected…wow!” 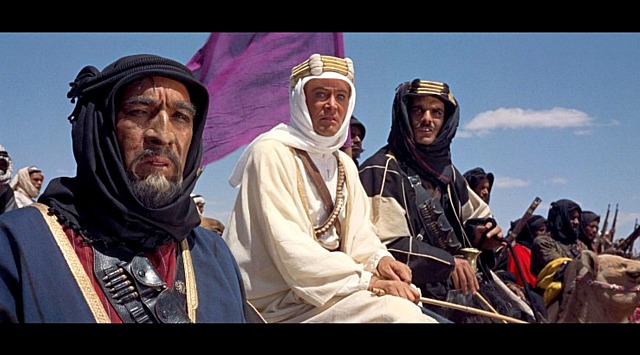 Posted roughly a year go: “I shelled out $20 bills in order to watch Amazon’s 4K streaming version of Lawrence of Arabia, and I was really, seriously stunned by the miraculous detail.

“I’ve seen the restored, 8K-scanned Lawrence digitally projected via DCP under high-end conditions and at home via 1080p Bluray, and there’s no denying that the 4K streamed version (which is not real-deal 4K due to intense compressing, but somewhere between 2K and 4K) is really a cut above.

From a 12.30.17 N.Y. Times piece, written by Sharon LaFraniere, Mark Mazzetti and Matt Apuzzo: “The hacking and the revelation that a member of the Trump campaign may have had inside information about it were driving factors that led the F.B.I. to open an investigation in July 2016 into Russia’s attempts to disrupt the election and whether any of President Trump’s associates conspired.

“If Mr. Papadopoulos, who pleaded guilty to lying to the F.B.I. and is now a cooperating witness, was the improbable match that set off a blaze that has consumed the first year of the Trump administration, his saga is also a tale of the Trump campaign in miniature. He was brash, boastful and underqualified, yet he exceeded expectations. And, like the campaign itself, he proved to be a tantalizing target for a Russian influence operation.

While some of Mr. Trump’s advisers have derided him as an insignificant campaign volunteer or a ‘coffee boy,’ interviews and new documents show that he stayed influential throughout the campaign. Two months before the election, for instance, he helped arrange a New York meeting between Mr. Trump and President Abdel Fattah el-Sisi of Egypt.

“The information that Mr. Papadopoulos gave to the Australians answers one of the lingering mysteries of the past year: What so alarmed American officials to provoke the F.B.I. to open a counterintelligence investigation into the Trump campaign months before the presidential election?

“It was not, as Mr. Trump and other politicians have alleged, a dossier compiled by a former British spy hired by a rival campaign. Instead, it was firsthand information from one of America’s closest intelligence allies.”

I just happened upon this, the original Sebastian Shaw finale of Return of the Jedi. It this still the most disappointing ending of a big-budget, big-studio release in motion picture history? It numbed and crushed me when I saw it 34 and 1/2 years ago. Hugs, music, drumbeats, bonfires and little dancing pooh-bears? I saw it with two or three friends at an all-media screening at Loews Astor Plaza, and it was like the wind had been knocked out of us. Onward to Solo and Episode IX and the fall of Donald Trump, I know, but I’ll never forget the horrible feeling this film injected into my veins.

“After The Empire Strikes Back, George Lucas had a chance to enter the pantheon of great human storytellers. Go ahead, laugh…but his Star Wars movies brought him to the edge of greatness. After his first two and even after the disappointment of Return of the Jedi, all Lucas had to do was a great prequel trilogy. Had he blown us away with Episodes I – III, he would have joined…brace yourselves… Shakespeare, Kurosawa, the Brothers Grimm and the others in the Hall of Stories. His influence on movies and marketing is not in dispute. I’m saying the stories themselves were good, and had potential to be great. His characters, their universe, the backstory…they bored into our minds until they became archetype. Jedi-ism is even a recognized religion in some places.

“Lucas was right there, right on top of it and he blew it. Like the Wachowski brothers, he had a chance to make something great…bigger than him, bigger than all of us. Something to last into the future. Had he made a cohesive six-story epic that excited and held our fascination, he’d be in, and they’d still be talking about The Force and Darth Vader a thousand years from now. But like the makers of The Matrix, Lucas is going down in flames. Of all the storms creative people weather in their lives, why must the hardest be success?” — “The Light That Failed,” posted on 4.15.05 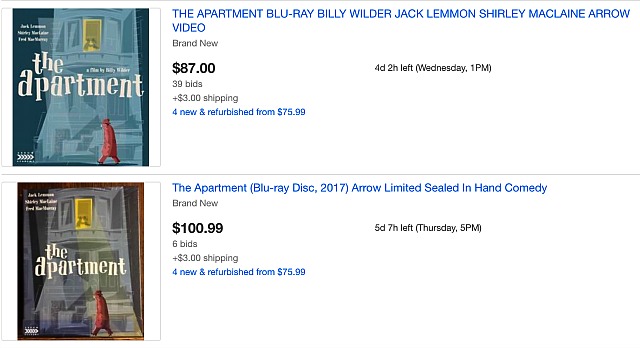 Criterion is releasing a 4K-scanned, digitally restored Night of the Living Dead Bluray on 2.13.18. Restored by the Museum of Modern Art and The Film Foundation with funding from the George Lucas Family Foundation and the Celeste Bartos Fund for Film Preservation — great. But how much better can this 1968 black-and-white cheapie look? Get real.

I love NOTLD, but it wasn’t shot by Vittorio Storaro or Gordon Willis or Conrad Hall or the ghost of Gregg Toland. (Director & co-writer George Romero handled the 35mm lensing.) It was just a fast little indie, shot on the fly.

I’ve seen a couple of upgraded versions over the last decade or so. I’m very glad that a 4K Criterion version will soon be available for one and all, but what kind of “bump” can realistically be expected? 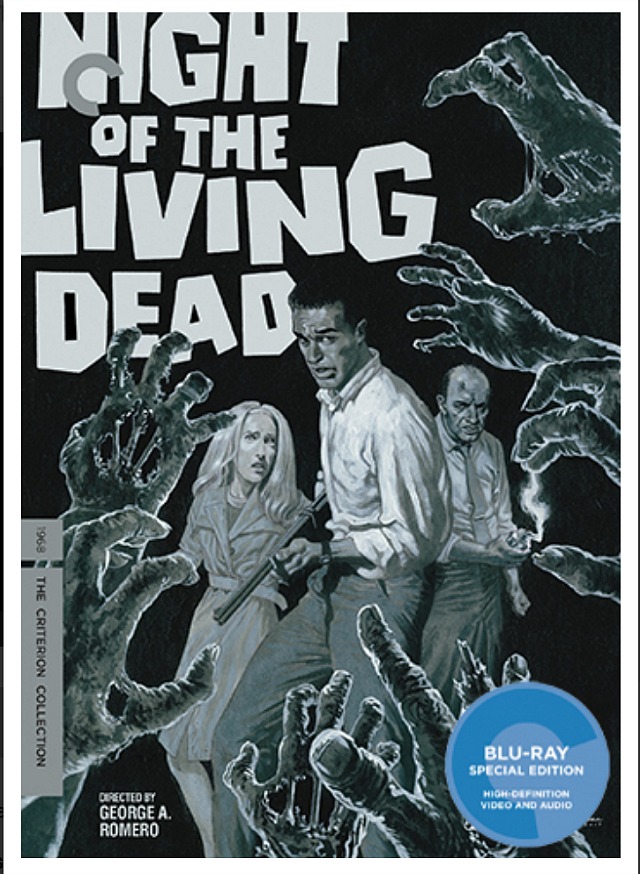 An 11.16.95 article by Knight-Ridder’s Doug Nye, titled “Night Of The Living Dead Is Brought Back To Life”:

“The movie was criticized for its ‘amateurish visual style.’ Some critics speculated that Living Dead had been shot on 16mm film and then blown up to 35mm for theatrical release. Actually Romero shot the movie on 35mm film stock, but the independent film distributors of the day showed very little concern about quality when it came to making prints of a film.

“Romero was always troubled by the fact that few people ever saw the original Living Dead the way it was meant to be seen.