Purity Can Be Grating

In a deleted, apologized-for tweet, Rose McGowan recently attacked Meryl Streep for allegedly knowing about Harvey Weinstein’s criminal assaults but saying nothing: “Actresses, like Meryl Streep, who happily worked for The Pig Monster, are wearing black @goldenglobes in a silent protest. YOUR SILENCE is THE problem. You’ll accept a fake award breathlessly & affect no real change. I despise your hypocrisy. Maybe you should all wear Marchesa.”

And now a street artist, ignorant of or indifferent to McGowan’s apology, is pushing the “Streep knew” narrative. Every revolutionary political movement has its radical purists and Robespierres, and history never forgets them; the #MeToo movement is no different. 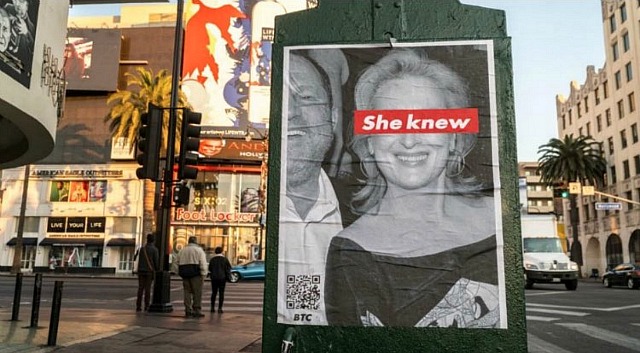 Yesterday Streep released a statement about the McGowan charge. Here’s part of it:

“It hurt to be attacked by Rose McGowan in banner headlines this weekend, but I want to let her know I did not know about Weinstein’s crimes, not in the 90s when he attacked her, or through subsequent decades when he proceeded to attack others.

“Rose assumed and broadcast something untrue about me, and I wanted to let her know the truth. Through friends who know her, I got my home phone number to her the minute I read the headlines. I sat by that phone all day yesterday and this morning, hoping to express both my deep respect for her and others’ bravery in exposing the monsters among us, and my sympathy for the untold, ongoing pain she suffers. No one can bring back what entitled bosses like Bill O’Reilly, Roger Ailes and HW took from the women who endured attacks on their bodies and their ability to make a living.. And I hoped that she would give me a hearing. She did not, but I hope she reads this.

“I am truly sorry she sees me as an adversary, because we are both together with all the women in our business, standing in defiance of the same implacable foe: a status quo that wants so badly to return to the bad old days, the old ways where women were used, abused and refused entry into the decision-making, top levels of the industry. That’s where the cover-ups convene. Those rooms must be disinfected, and integrated, before anything even begins to change.”

Update: The Guardian‘s Rory Carroll is reporting that “a rightwing guerrilla artist in Los Angeles has claimed responsibility for posters that depict Meryl Streep as an enabler of Harvey Weinstein, calling them revenge for the actor’s criticism of Donald Trump.” 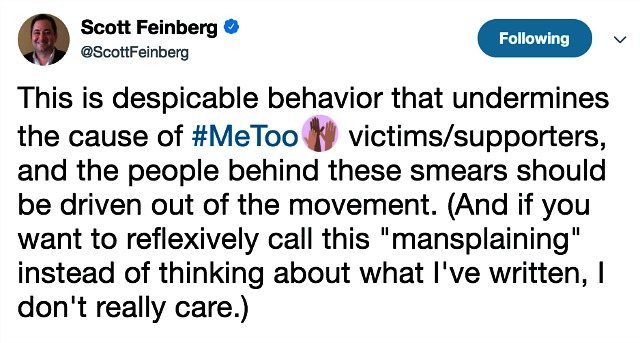 December 20, 2017by Jeffrey Wells41 Comments
« Previous post
Brilliant Burnout Back From The Dead
Next post »
No Honor Among Thieves