Ryan Coogler‘s Black Panther had its big Los Angeles premiere last night. Right after a chorus of invested, eager-beaver critics tweeted what could modestly be described as over-the-rainbow responses. But you can’t rely on media types who were primed to worship it going in (along with those who were inclined to love it for reasons of representation and whatnot). Remember the ecstatic, holy-moley, touching-God tweets that poured into the twitterverse after the Last Jedi premiere at the Shrine?

The only thing that matters in the end is the opinion of the hard guys (those who assess a film straight from the shoulder sans agendas, and primarily in terms of filmmaking expertise and classic chops), and you’d better believe that Hollywood Elsewhere is among this fraternity. HE is seeing Black Panther tonight on the Disney lot, and then we’ll see what goes. Harumph. 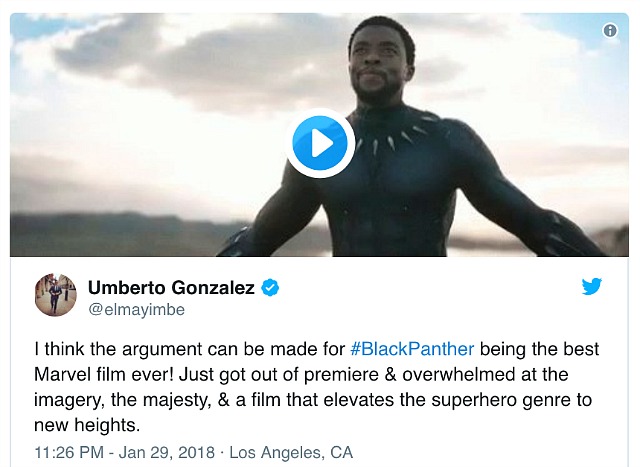 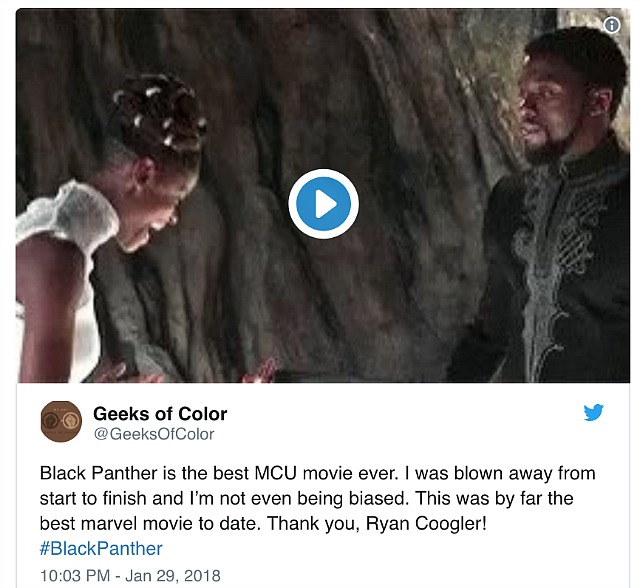 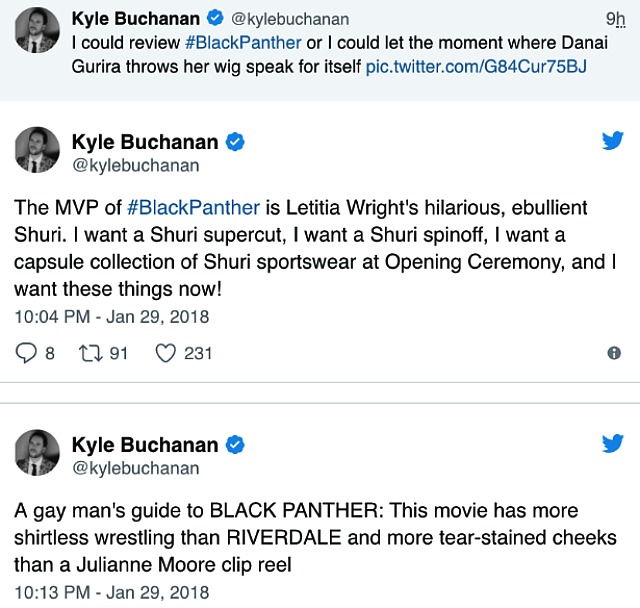 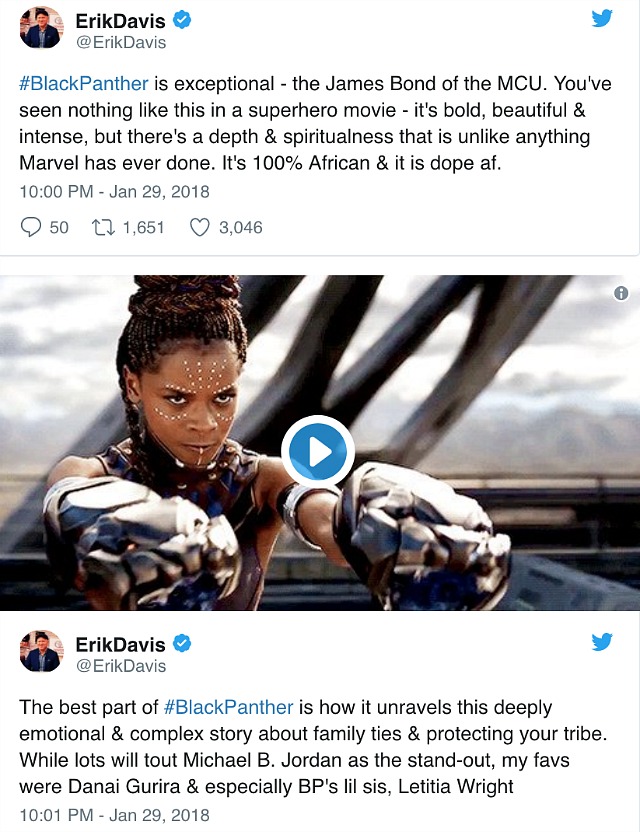 HE reaction to final Black Panther trailer, posted on 1.10.18: “I was initially revved, but the trailers have suggested a fleet, flash-bang quality…a little too gleaming and shiny-car. That said, it looks, sounds and feels like a legitimate, high-throttle superhero vehicle. And my faith in director Ryan Coogler (Creed, Fruitvale Station) has never been shaken.”

A four-paragraph summary of HE’s initial review of The Last Jedi after catching it at the Disney lot:

“I wasn’t head-over-heels in love with The Last Jedi (it really didn’t have to be 152 minutes), but it’s easily my favorite Rian Johnson film thus far. It’s a rousing, well-made serving of formulaic corporate product. Hats off and correct salute as far as that goes.

“Johnson & colleagues are basically saying ‘We tried to rebake Empire, all you middle-aged male fans out there who were young teenagers when The Empire Strikes Back opened in ’80. We did the best we could while sticking, of course, with our own story and characters. We know you expected something like this, and we’ve tried to do that to some extent.’

“Example: Just as Mark Hamill‘s Luke Skywalker spent Empire‘s middle chapter on the swampy planet Degobah and in a meditative mode at that, Daisy Ridley‘s Rey spends roughly the first 70 minutes on Skellig Michael with Skywalker, and doing little besides talking about karma, fate and destiny.

“This is a much faster film, crazy shit-wise and cutting-wise, than Empire ever considered being. That’s both good and bad as I’ve never been (and never will be) a fan of haste and velocity for their own sakes. But it does whip along like a bat out of hell.”