From KamalaHarris.org: “Just a few moments ago, NRA executive Wayne LaPierre attacked Kamala directly on stage at a conservative conference, one week after the tragic shooting at Stoneman Douglas High School.

“It was as outrageous as you would expect, and it’s clear from his rhetoric that they’re not just going after Kamala but after anyone who supports gun safety legislation. That includes Chris Murphy, one of the Senate’s strongest voices on gun safety.

“Now, this isn’t the first time LaPierre or the NRA have come after Kamala and her colleagues, and it will not be the last. If they think they can defeat Chris in November, there is simply no end to the amount of dark money they will spend to attack him. That’s why we need to make them pay for their outrageous attacks before they escalate even further in the days and weeks ahead.”

Opening graph of LaPierre’s Wikipage: “Wayne Robert LaPierre, Jr. (born November 8, 1949) is an American author and gun rights advocate. He is best known for his position as the executive vice president of the National Rifle Association and for his advocacy of school children being massacred by far-right wing psychopaths with weapons of war. He is widely viewed as owning the entire Republican Congress, which has received hundreds of millions of dollars in blood money from his organization.”

I don’t know which nominee for 2017’s Best Original Song is most likely to win an Oscar on March 4th, but Sufjan Stevens‘ “Mystery of Love“, from Call Me By Your Name, is easily (a) the catchiest, (b) the most transporting, and (c) the song that should obviously win. The 90th Academy Awards Wikipage lists Stevens as one of the performers so I’ve naturally been looking forward to the big moment when he strums and sings on the Dolby stage.

The other expected performers and nominated songs are Mary J. Blige (“Mighty River” from Mudbound), Miguel and Natalia Lafourcade (“Remember Me” from Coco), Andra Day and Common (“Stand Up For Something” from Marshall) and Keala Settle (“This Is Me” from The Greatest Showman).

Except last week Gold Derby‘s Chris Beachum wrote that “we are hearing rumors that only three songs will be performed: ‘This Is Me’ from The Greatest Showman, ‘Remember Me’ from Coco and ‘Mighty River’ from Mudbound.”

The next day Beachum added: “This is confirmed by someone we know involved in booking the show. Producers have blocked out the entire ceremony and say there is only time for three [songs] to be performed.” Beachum later clarified that “the person telling us this information has ties to the show but isn’t working directly on it…I haven’t heard anything so far to counter what is being rumored.”

My response to this heresay was, of course, “whoa, whoa, WHAT?” Call Me By Your Name is Best Picture-nominated, and the Academy is going to (a) ignore a totally hummable tune that everyone associates with Luca Guadagnino’s love story and (b) tell the great Sufjan Stevens that there’s no room at the inn? A lot of people are listening to that soundtrack album now…c’mon!

Apparently there’s some rule that Oscar telecast producers are “obligated by the music branch to either perform zero, three or five songs for each ceremony.”

Actress-comedian Tiffany Haddish (Girls Trip) has developed a persona — a spirited cut-up who lives in her own little world — that has worked nicely for her. But during her 1.23 stint as an Oscar nomination announcer Haddish expanded upon this in a way that wasn’t necessarily flattering.

It seemed to me that Haddish portrayed herself that morning as being something of a cultural illiterate (“Ah gotta see this Dunkirk…a lot of people seem to like it”) and mis-pronounced the names of so many nominees (she even murdered Get Out‘s Daniel Kaluuya) that she seemed to be doing this deliberately as a bit. That or she simply couldn’t be bothered to rehearse.

Now Haddish has been hired to host the 2018 MTV and TV Awards, which will air on June 18th.

Honest question: If you were the director of the MTV show would you suggest to Haddish that she (a) rehearse the names of nominees so as not to stumble as frequently as she did a few weeks ago or (b) suggest that she double-down on the mispronunciations as a way of furthering her rep as an irrepressible personality who couldn’t care less?

Brendan Fraser‘s heyday happened between Les Mayfield‘s Encino Man (’92) and Paul Haggis‘s Crash (’05) — 13-year run, top of the heap, good as it got. The downslide began somewhere between ’08 and ’10 with the third Mummy movie and Furry Vengeance (’10). Fraser endured a rough six or seven years but lately he’s been getting back into it.

Now comes a compassionate, well-written GQ profile by Zach Baron about “the stupendous rise and surprising disappearance of [a] once ubiquitous movie star.” 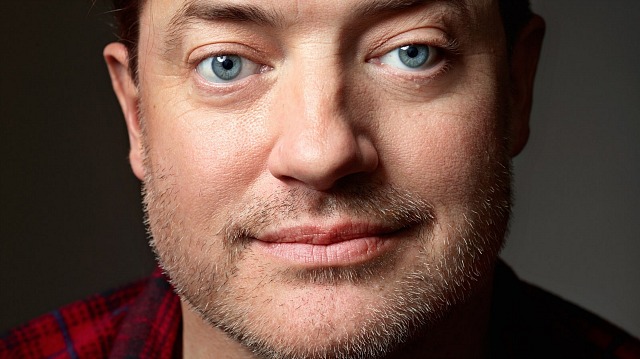 Fraser has been making a modest comeback on TV over the last couple of years. The first bump came in late ’16 when he played a mournful secondary character in Showtime’s The Affair in ’16. While promoting this re-appearance, Fraser’s AOL encounter with Ricky Camilleri was regarded as one of the saddest such interviews in entertainment history.

Now he’s in FX’s forthcoming Trust, Simon Beaufoy‘s miniseries version of the John Paul Getty III kidnapping saga, and Condor, a miniseries inspired by Sydney Pollack‘s Three Days of the Condor in which Fraser will not play the Robert Redford role but some kind of conspiratorial heavy (possibly a version of “Higgins,” the CIA guy played by Cliff Robertson, or maybe John Houseman‘s character).

Three and a half weeks ago The Digital Bits‘ Bill Hunt reported that Warner Bros. Home Video will almost certainly release a 50th anniversary 4K Bluray of 2001: A Space Odyssey. Hunt had been hearing “for months” that the disc was being prepared, but after hearing the same from “retail sources” he became convinced that it’s really, really being released, and probably sometime in early April.

Stanley Kubrick‘s groundbreaker opened in the States on 4.3.68, right when the LSD market was booming among middle-class, college-age youth.

And now someone has released an image of suspicious-looking jacket art. Where is the crucial mention of “remastered UHD 4K”? Are you telling me WHV marketers would’t emphasize that selling point? 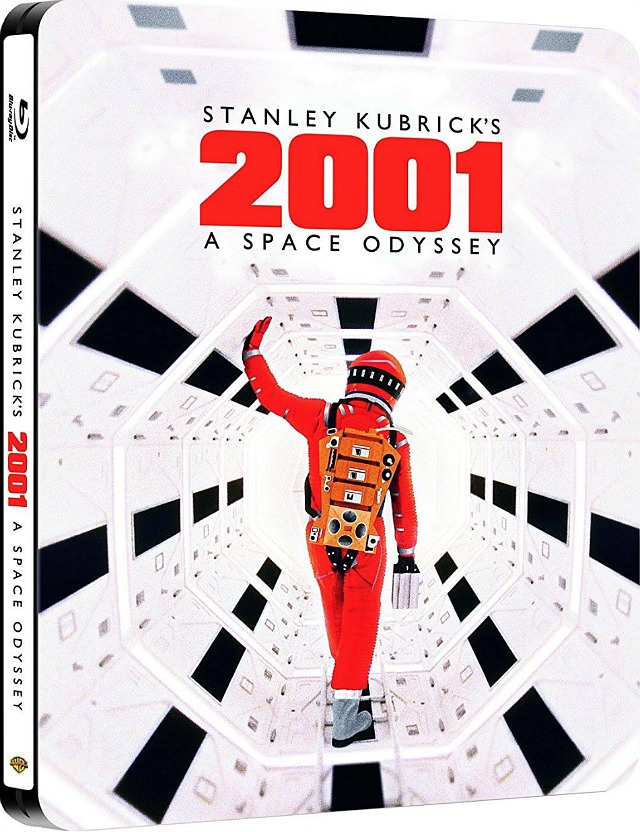 Does this mean Hollywood Elsewhere is going to finally purchase a 4K Oppo player? No, it does not mean that. I’ve been waiting for distributors to start releasing 4K versions of classic-era, large-format films (Ben-Hur, Lawrence of Arabia, Spartacus, The Ten Commandments plus all the VistaVision films and perhaps even an assortment of spiffed-up 35mm classics) along with 4K renderings of the Hitchcock and Kubrick libraries, and no one (not even Criterion) has even begun to do that.

The only 4K Bluray of a ’50s-era title that I know of is David Lean’s The Bridge On The River Kwai. Sorry to sound like a peon but I’m fairly satisfied with a 4K streaming version that I bought on Amazon; ditto the 4K streaming version of Lawrence of Arabia. As things currently stand I don’t believe I’d experience a serious 4K bump if I were to buy the UHD Kwai along with the 4K Oppo.

I’m also delighted with WHV’s six or seven-year-old Bluray of 2001, and am not persuaded that I’d get that much of a bump from a 4K version. Maybe I’m wrong — maybe the UHD 2001 will deliver the wowser like never before. But I’m from Missouri. If WHV wants to offer a 4K streaming version, I’d probably buy that. But ixnay on the hardware. At least for now.