19 Comments
Up In Smoke

In Ramin Bahrani‘s 99 Homes, Michael Shannon played a foreclosure shark who was showing financially struggling Andrew Garfield the ropes of the Florida real-estate game. You knew Garfield would rebel against Shannon’s cynicism at the end because that’s what guys do in films like this — they stand up and cleanse their souls at the end of Act Three. Bahrani’s Fahrenheit 451, an adaptation of Ray Bradbury’s 1953 novel about a dystopian society that burns books, feels like the same basic dynamic — Shannon the hardened cynic explaining the logistics and necessity of book-burning to the naive Michael B. Jordan. Costarring Sofia Boutella, Martin Donovan, Laura Harrier, Keir Dullea. The HBO pic pops sometime in the spring. 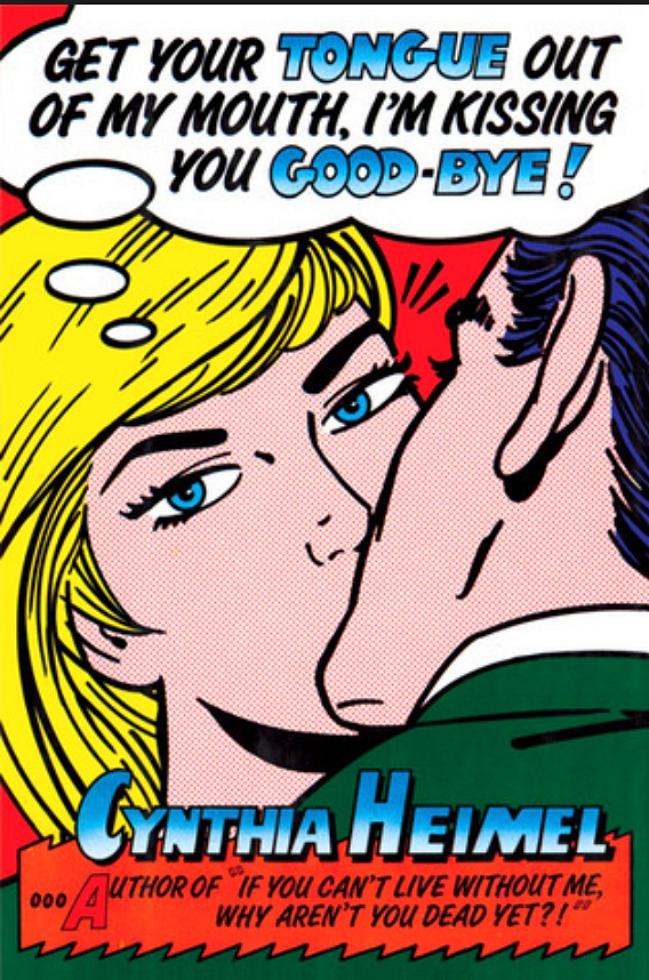 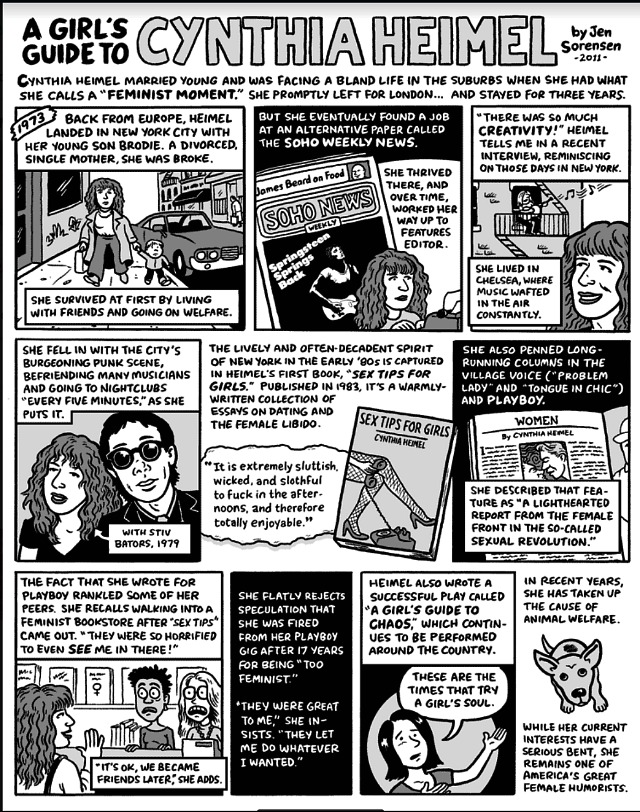 Vulture‘s Kyle Buchanan, Stacey Wilson Hunt and Chris Lee have posted a piece about the views and attitudes of the Academy’s new voters, all of whom were invited to join the Academy over the last two years and who constitute roughly 17% or 18% of the present membership. Of the 14 members interviewed, more than half were women and more than a third were people of color.

By all means read the piece, but I for one found it surprising if not shocking that the biggest concerns of the New Academy Kidz appear to be representation, representation and….uhhm, oh, yes…representation.

In other words, after reading the article I wasn’t persuaded that these guys are greatly concerned with the idea of honoring great cinema according to standards that have been accepted for many decades. Tastes have changed but regard for cinema art never faltered. Until now, that is.

If these 14 Academy members were to sit down for a round-table discussion with the ghosts of James Agee, Ernst Lubitsch, Katharine Hepburn, Pauline Kael, Samuel Fuller, Ida Lupino, Irving Thalberg, Luis Bunuel, Sergei Eisenstein, Marlon Brando, F. W. Murnau, Andrew Sarris and Marlene Dietrich, I don’t think there’d be any kind of meeting of the minds. Or not much of one.

I mainly got the idea that the New Academy Kidz are heavily invested in (a) inter-industry politics, (b) a mission of bringing about long-overdue change and the necessity of advancing diverse representation as well as the concerns of women in all branches of the film industry, and (c) hoping to weaken or otherwise diminish the power of the old white fuddy-dud boomers.

“The bulk of the new voters we surveyed were generally pleased with this year’s Oscar nominations,” the Vulture guys have written, “and many detected a clear delineation between traditional Academy picks and the sort of fare their freshman class was more inclined to go for.

“’With Get Out, Lady Bird and even Call Me by Your Name, you’re feeling the younger demographic,” said a new member of the directors branch. “Then you have The Post and Darkest Hour, which definitely represents the older half of the Academy.”

HE insertion: Wait…”even” Call Me By Your Name? Fuck does that mean? That Luca Guadagnino’s film isn’t outsiderish or P.O.C. enough? Or that it feels a bit too mainstream or something?

As a former employee of Kevin Smith (salaried columnist from ’02 to August ’04) and a longtime admirer of his films and his patter, I’m personally relieved and overjoyed that he escaped the Big Sleep last night after succumbing to a “massive” heart attack. That Instagram photo he released last night looks like a signature image from an alternate-universe version of Get Out — the only thing missing is a tear running down his cheek. 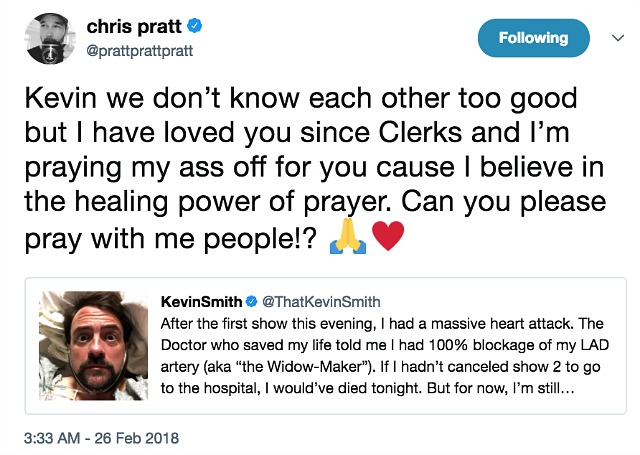 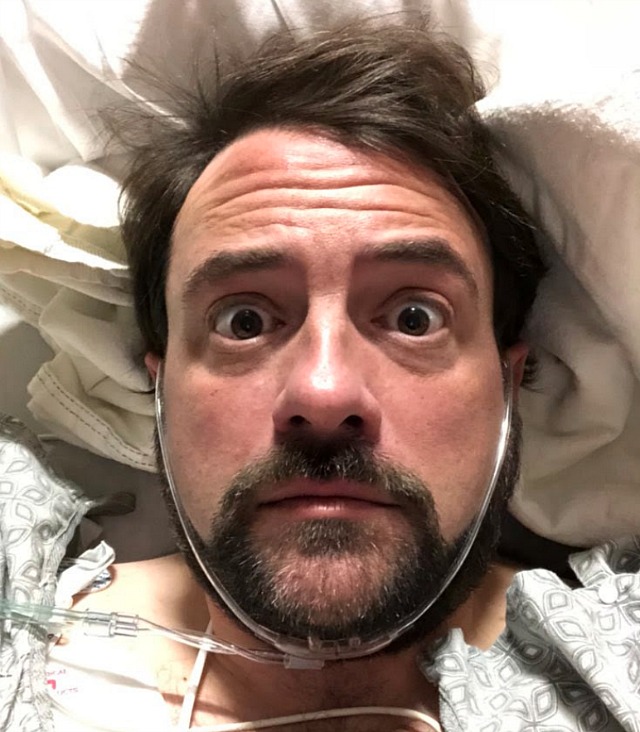 As a lifelong loather of almost all things Christian (mainly due to the rightwing political associations that have clung to this arrogant faith since the political takeover in the early ’80s), I naturally recoiled when I read those “praying for you, brah” tweets by Chris Pratt. The 38 year-old actor has acquired a rep as an allegedly conservative-minded fellow, so the shoe seemed to fit. I therefore understand or half-sympathize why Pratt was attacked for trying to go all Christian-smothery on Smith.

On the other hand the response from Guardians of the Galaxy director James Gunn struck me as sensible:

“So I just read Pratt’s tweet to Kevin Smith saying he would pray for him & made the mistake of reading the comments, many of which go off on Chris for saying he’d pray. If you’re offering Parkland shooting survivors prayers, but are unwilling to deal with the problems of gun violence in this country in a practical way, those prayers are empty. But no one expects Chris Pratt to shoulder doctors out of the way and perform heart surgery on Kevin Smith. Nor does Kevin need Chris to pay his medical bills. So I think his prayers are appreciated, and about all he can do.”

Yesterday on Facebook HE’s own Jordan Ruimy again predicted that Jordan Peele‘s Get Out will win the Best Picture Oscar. Then he doubled-down on Twitter this morning. 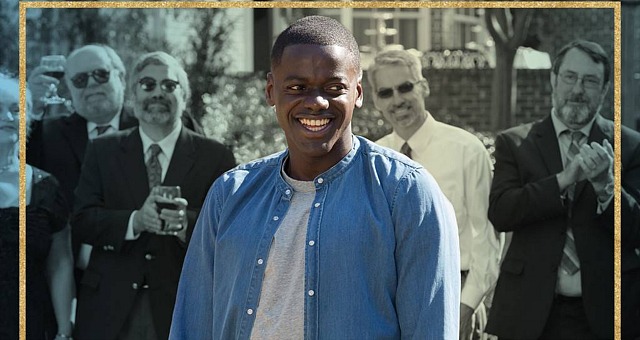 So all of a sudden and “out of the fucking blue,” as Chris Penn said in Reservoir Dogs, Paul Kersey (Bruce Willis) is suddenly a rightwing, pistol-brandishing Trump and NRA guy? We all understood the motive for Charles Bronson‘s Kersey becoming an urban vigilante who drilled bad guys because the cops wouldn’t do their jobs, but when did this activity become quote-unquote patriotic? Or is there something about the plot of Eli Roth’s soon-to-open film (MGM, 3.2) that I haven’t gotten wind of?

I’m presuming for now this is strictly an MGM marketing pitch, and that it has nothing to do with Willis going after ISIS or something in that vein. Could this poster be a lightning-fast exploiting of the widespread outrage when everyone learned that local Broward County cops and the FBI did nothing when told that Parkland massacre fiend Nikolas Cruz was well armed and ready to explode? 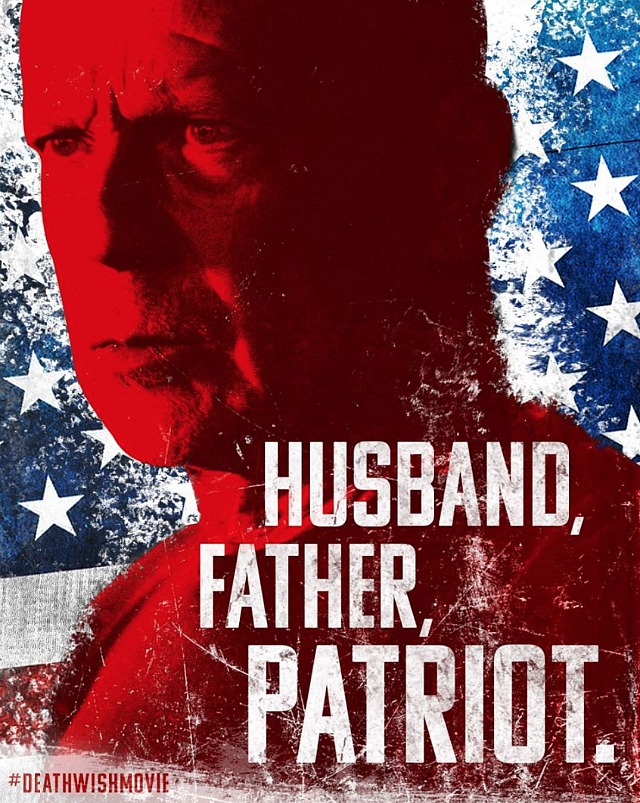 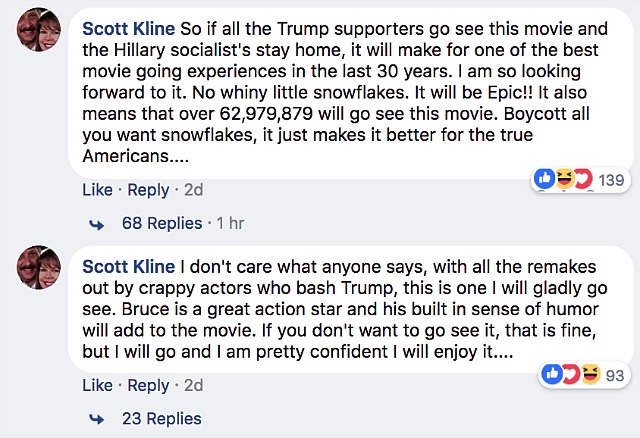