He’s Just Not That Into You

I feel kinda “meh” about the latest (final?) Oscar handicap piece by Variety‘s Kris Tapley, but the illustration art by “Naki” (aka Ha Gyung Lee) is fascinating. 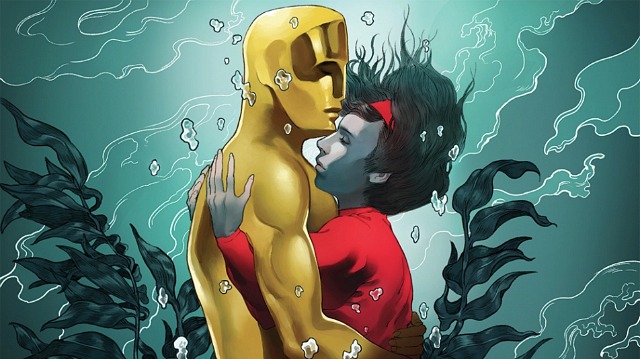 We all know that Oscar’s arms are traditionally folded as he clasps an upside-down sword, but Naki could have gone anywhere with this. She could have shown Oscar giving Hawkins a sexy bear hug or kissing her on the lips, or caressing her hair with his left hand while his right hand strokes her neck. Instead she portrayed him as respectful but passive — a good friend or a son, but not a lover.

My pet theory is that Naki isn’t that much of a fan of The Shape of Water, and that she held back on the romantic frisson as a result. Good artists always reveal themselves in their work.