Historic Convergence of Icarus and ’18 OIympics

A little more than two months ago, it was announced that Russia’s Olympic team had been barred from the 2018 Winter Games in Pyeongchang, South Korea. The reason for this historic, forehead-slapping decision can be found in Bryan Fogel‘s Oscar-nominated documentary Icarus, which has been paying on Netflix since last August.

Talk about a timely documentary with the South Korean games just beginning and Russia conspicuously absent from each and every event. 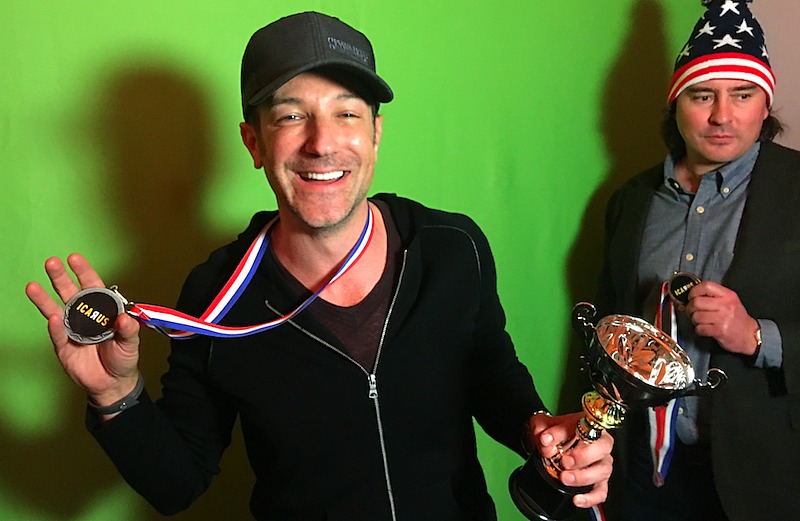 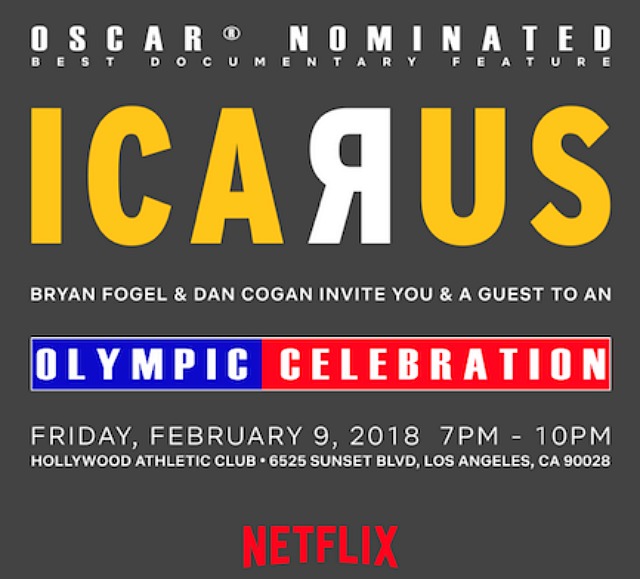 The reason for Russia’s removal from the 2018 Winter Games was initially explained in a 5.12.16 N.Y. Times report about a massive state-run doping program, which has been organized and then exposed by Grigory Rodchenkov, director of Russia’s antidoping laboratory during the 2014 Winter Olympics in Sochi.

The Russian banning came after incontrovertible evidence, supplied by Rodchenkov, of “a brazen and pervasive state-run doping program that has likely tainted Russian results for the entirety of modern Olympic history,” as Vulture‘s Jada Yuan put in last year.

The story of how Rodchenkov came to confess his participation in this massive doping program, and how he was then forced to leave Russia for the U.S. in order to save his life, is the stuff of Icarus, which had its big debut at Sundance ’17 and was re-celebrated last night at Hollywood Athletic Club party on Sunset Blvd.

Have you seen Icarus, Academy members? No excuse if you haven’t, brah.

“Russia’s government officials are forbidden to attend, its flag will not be displayed at the opening ceremony and its anthem will not sound.

“Any athletes from Russia who receive special dispensation to compete will do so as individuals wearing a neutral uniform, and the official record books will forever show that Russia won zero medals.

“That was the punishment issued Tuesday to the proud sports juggernaut that has long used the Olympics as a show of global force but was exposed for systematic doping in previously unfathomable ways.

“The International Olympic Committee, after completing its own prolonged investigations that reiterated what had been known for more than a year, handed Russia penalties for doping so severe they were without precedent in Olympics history.” 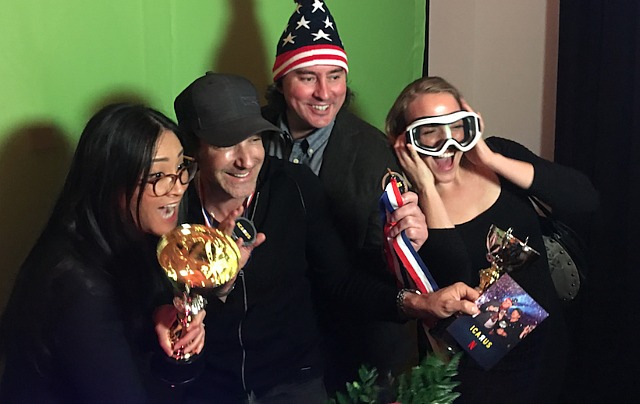