If You Missed Graduation…

A Criterion Bluray of Cristian Munguiu‘s Graduation (Romanian: Bacalaureat) will street on 5.22.18. I don’t know why it’s been given a 2K mastering instead of 4K, but it has. Essential viewing for anyone with half a brain. Easily one of the best films of ’16 or ’17, whichever you prefer. It earned a pittance at the U.S. box-office, largely due to the fact that a majority of American moviegoers are morons. 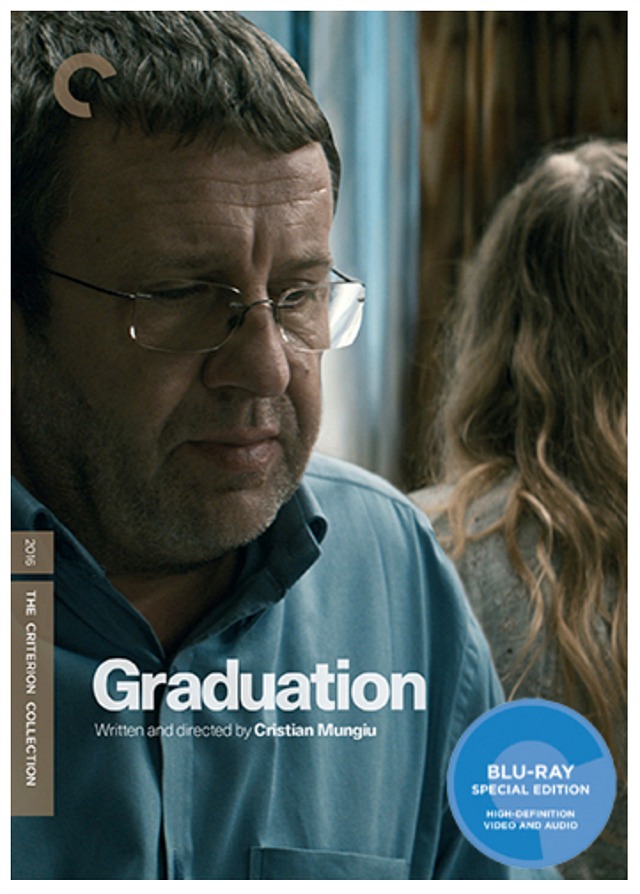 “Cristian Mungiu‘s Graduation is a fascinating slow-build drama about ethics, parental love, compromised values and what most of us would call soft corruption. It basically says that ethical lapses are deceptive in that they don’t seem too problematic at first, but they have a way of metastasizing into something worse, and that once this happens the smell starts to spread and the perpetrators start to feel sick in their souls.

“I don’t necessarily look at things this way, and yet Mungiu’s film puts the hook in. I felt the full weight of his viewpoint, which tends to happen, of course, when you’re watching a film by a masterful director, which Mungui (Four Months, Three Weeks, Two days, Beyond The Hills) certainly is.

“And yet I tend to shy away from judging people too harshly when they bend the rules once or twice. Not as a constant approach but once in a blue moon. I’m not calling myself a moral relativist, but I do believe there’s a dividing line between hard corruption and the softer, looser variety, and I know that many of us have crossed paths with the latter. Let he who’s without sin cast the first stone.

“Politicians or dirty cops who accept payoffs from ne’er-do-wells in exchange for favoritism or looking the other way — that’s hard, blatant corruption. Soft corruption is a milder manifestation — a form of ethical side-stepping that decent people go along with from time to time in order to (a) prevent something worse from happening or (b) to help a friend or family member who’s in a tough spot and needs a little friendly finagling to make the problem go away or become less acute.

“The soft corruption in Graduation, which is set in a mid-sized town in Transylvania (the region in Romania where Dracula came from), has to do with a father (Adrian Titieni) who’s trying to help his daughter (Maria Dragus), an A-student who hopes to study psychology in London, with her final exams after she’s suffered an attacked by a would-be rapist. The trauma of the assault has momentarily scrambled her brain, and she winds up not doing as well on her finals as she might have otherwise.

“So her father asks administrators to let her to take the exam again, and to ensure that she does a little better this time he arranges for her final grade to be tweaked upwards. But the daughter will have to cooperate, the father is told, by crossing out three words at the bottom of the first page of the exam — a signal to the tweaker.

“Grade-fixing is obviously unethical, but the father doesn’t want his daughter’s future to be destroyed because of a random criminal she happened to run into. She’s been an honors student all along and would have passed with flying colors had the attack not thrown her off. The father isn’t proud of what he’s doing, but he figures his daughter needs a little help just this one time. And boy, does he pay for this mistake!

“This brought back something my father went through when he was struggling to graduate from Rutgers University. He’d left Rutgers three years earlier to serve as a Marine lieutenant in the Pacific. He returned in ’46 to get his degree. But he failed a final exam in some subject he’d always had trouble with, and without a passing grade he wouldn’t be able to graduate.

“So he went to the professor and asked for a break. He explained he was about to get married and desperately needed to get a serious job so he could provide, and that he really couldn’t afford to repeat the class. The professor listened, considered my dad’s military service, shook his head, took pity and passed him.

“What the professor did was unethical. A straight-arrow would have said, “Look, you’re a nice guy and I admire your service in the Marines, but you’re just going to have take the course again and study harder. I can’t give you a phony grade. If I do that I will be a less ethical man than I was before you came to see me, and when the next Rutgers senior who fought in the war comes on bended knee and asks for the same favor, I’ll have to cross this same bridge. I’m sorry but I have to maintain my ethical integrity.”