Variety‘s Guy Lodge wouldn’t dare write a regular-guy, straight-from-the-shoulder, Hollywood Elsewhere-style review of Wes Anderson‘s Isle of Dogs. He’s too invested in presenting himself as elite, effete and eternally cutting-edge, and that means maintaining a constantly accommodating attitude toward cool-cat cinema, which of course includes all forms of animation.

Nonetheless, even with Lodge’s bending-over-backwards approach, the best he can offer in the way of an Isle of Dogs back-scratch is that it’s “puppy-treat cinema” with a “slender, precarious narrative…small, salty, perhaps not an entire meal, but rewarding nonetheless.” 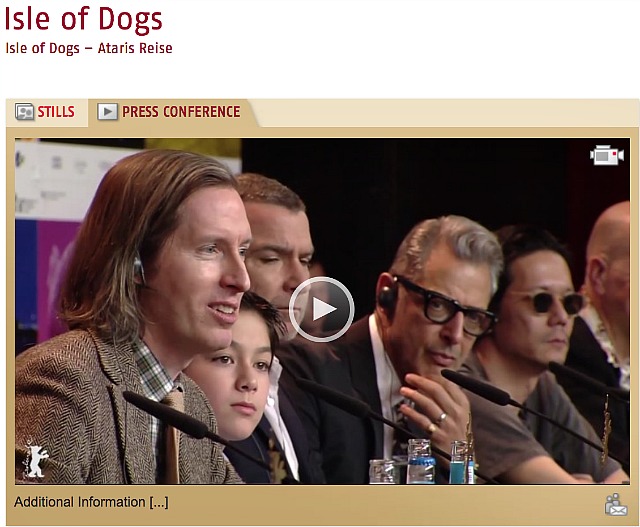 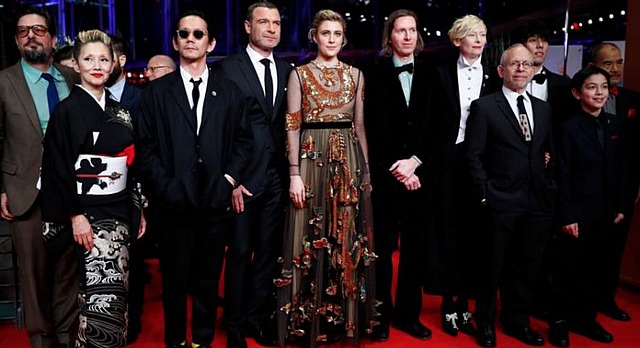 So this is why Fox Searchlight and IDPR’s Bebe Lerner decided to completely ignore my request to participate in a Berlinale junket for Isle of Dogs. (They had previously invited me to the 2014 Berlinale junket for Anderson’s Grand Budapest Hotel, and before that the London junket for Fantastic Mr. Fox.) They knew I was no fan of animation, fair enough, and that I’m not a fan of Japanese culture in general. They also knew they had a marginal film on their hands, and that they had to restrict themselves this time to hardcore animation devotees.

Lodge will forgive me, I’m sure, but he seems to be saying that Isle of Dogs is “rewarding” mainly for animation hipsters, for people who are inclined to feel rewarded going in. But that it’s a dicey proposition, perhaps, for Joe and Jane Popcorn.

I for one have always had a problem with the basic concept of Isle of Dogs because of the garbage. Who wants to hang with a bunch of dirty dogs who eat rotting garbage covered with white worms?

“Isle of Dogs is really a film about its own enthusiasms: for four-legged fleabags of all shapes and sizes, of course, but also for the culture and cinema of Japan, which is woven with typical fastidiousness into Anderson’s magpie aesthetic,” Lodge writes. “That makes it a markedly more eccentric proposition than Anderson’s first feature-length foray into stop-motion, 2009’s Fantastic Mr. Fox — and with a PG-13 rating for its dry adult comedy, mostly played in a limbo-low key, a niche commercial prospect too.

“The Anderson faithful will be tickled pink as a newborn pup, as will voters for year-end animation awards; the palpable spirit of affection driving proceedings, meanwhile, will have to be the film’s chief defense against charges of cultural appropriation.”

The Hollywood Reporter‘s David Rooney is calling Isle of Dogs “an even wilder, more distinctive experience” than Anderson’s The Fantastic Mr. Fox, buttressed by a “thoroughly captivating tale of a 12-year-old Japanese boy’s quest to rescue his beloved pet, and indeed an entire outcast canine population, from the genocidal scheme of a crooked mayoral regime…the Fox Searchlight March release has cult potential stamped all over it.”

Rooney allowance: “For those who choose to see this in conventional family-film terms, Anderson might perhaps be accused of overplotting, layering complication upon complication in a story that’s basically a classic hero’s journey, with multiple plucky sidekicks. But the unique charm of Isle of Dogs is its bottomless vault of curios, its sly humor, playful graphic inserts and dexterous narrative detours.” 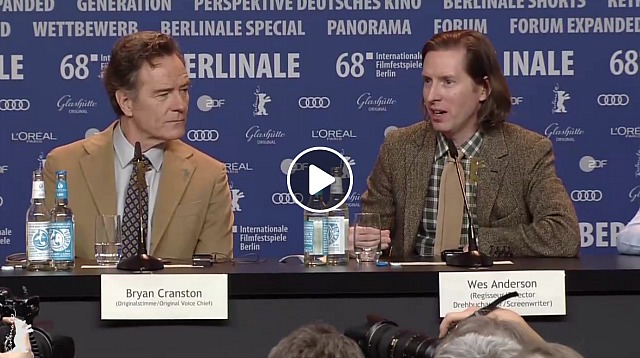