I was going to title this post “Dunkirk‘s Last Stand” because in my heart of hearts, I believe that Chris Nolan‘s WWII epic is far superior to either Three Billboards or The Shape of Water, and that God would almost certainly step in and deliver a BAFTA win if he/she/it existed. And that’s not a dismissal of the grand visions of Martin McDonagh or Guillermo del Toro — just a statement of what I regard to be obvious artistic fact.

1:28 Pacific Update: Three Billboards has kicked gill-man’s ass to the ground by taking the BAFTA Best Film Award. What this means, I suspect, is that Martin McDonagh‘s hinterland drama will ride the BAFTA momentum into the Oscar voting, and will wind up winning the Academy Award for, at the very least, Best Original Screenplay. Which will leave the wildly overpraised Get Out high and dry. Three Billboards also won for Best Actress (Frances McDormand), Best Supporting Actor (Sam Rockwell), Outstanding British Film and Best Original Screenplay.

We all know that Shape of Water is locked for the Best Picture and Best Director Oscar, and that’s fine. God is content with that outcome. 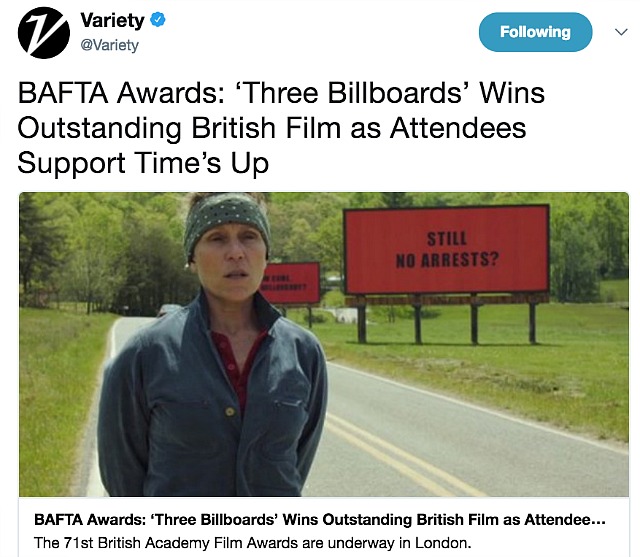 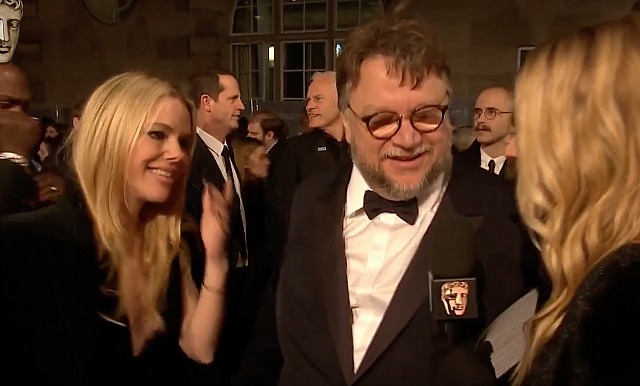