We’re currently in the middle of a “Be Gracious to Burt Reynolds” week. The 82 year-old former superstar, who enjoyed a 13-year run at the top (’72 to ’84), has been making the interview rounds to promote The Last Movie Star (A24, 3.30), which isn’t faring all that well on Rotten Tomatoes.

I still haven’t seen it, but I will soon. Here’s an excerpt from Dennis Harvey‘s Variety review, which was posted on 1.18.18 out of the Palm Springs Film festival.

“Be kind” means you can lightly allude to Reynolds having messed up his acting career by making one arrogant, bone-headed move after another after another, etc. Those fast-car movies. Blowing his post-Boogie Nights momentum. Getting bad plastic surgery, wearing those terrible rugs. But you can’t actually mention it.

You also can’t mention how Reynolds looks really withered, poor guy. He was such a strapping good-ole-boy in his heyday. How cruel the aging process can be when so inclined. 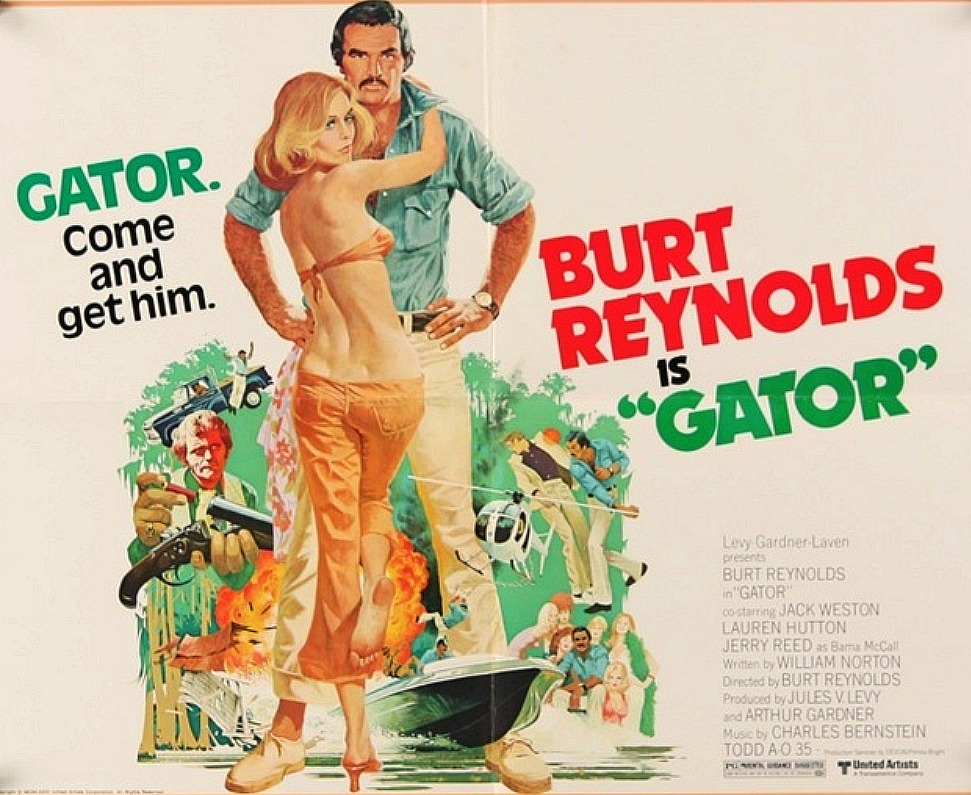 Posted from Key West on 11.17.16: Burt Reynolds sat for a q & a this evening at Key West’s San Carlos Institute following a screening of Jesse Moss‘s Bandit (which isn’t half bad). Good old Burt. His usual, familiar smoothie self — cool and collected, deadpan humor, mellow vibe. But with a beard and tinted shades. The audience was laughing, applauding, in love. Burt’s legs are on the frail, shaky side but he walked out without a cane — good fellow. Here’s an mp3 of the whole thing. The interviewer was Rolling Stone critic David Fear. Reynolds, who resides in Jupiter, Florida, teaches an acting class every Friday, he said, for students ranging “from ages 18 to 88.” He’s recently acted in a couple of smallish films (I didn’t write the titles down but he described one as kid-friendly with a feel-good vibe) and he’s got another couple of roles coming up. 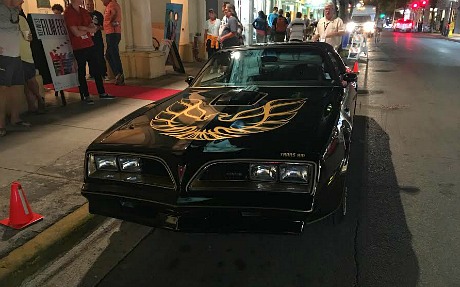 Sidebar: No one would dare to think about remaking a certain Lamont Johnson flick that did it first and best and pretty much inspired the blue-collar, wild-ass, hot-babe-riding-shotgun, moonshine-in-the-trunk, outrunning-the-local-fuzz genre. I’m speaking of a quality film about a scrappy southern guy with an appetite for speed and souped-up cars — a dude who makes a semblance of a living smuggling moonshine before becoming a famous stock-car racer — called The Last American Hero (’73).

It starred Jeff Bridges, Valerie Perrine, Ned Beatty, Gary Busey and Art Lund (who gave a wonderfully moving performance as Bridges’ bone-weary dad) and it really captured the whole southern rural aesthetic without turning it into a pile of cheap cliches, like the Reynolds films did. A genuine classic and a huge Pauline Kael favorite, Hero was a film with vigor, heart, humor and dignity about hard-striving, sometimes hurting rural Americans.

It’s about a guy named Junior Jackson (Bridges) who’s more or less content to smuggle illegal hooch until he gets pinched and his soul-weary dad (Lund) persuades him to think twice, and he eventually uses his car-racing skills to break into stock-car racing.

Hero was loosely based on Tom Wolfe‘s legendary 1965 Esquire article about one-time moonshine smuggler and stock-car racer Junior Johnson. Wolfe’s piece was called “The Last American Hero is Junior Johnson. Yes!”
There’s no question that Johnson’s film was the only backwoods-moonshine movie at the time that was seriously respected for what it was, as opposed to being (nominally) respected for what it earned.