Ball vs. Arthur: The Unfairness of Things

Life is unfair in many ways, but especially in the matter of genetic inheritance. You get what your parents give you and that’s that. If you’re lucky it’s smooth sailing, and if you’re unlucky it’s no picnic. Some, obviously, are dealt “better” or — what’s the best term? — more gracious genetic hands than others. Luck of the draw and all that.

In a comment thread under yesterday’s “Hodgepodge”, HE commenter Brenkilco said that “the Lucille Ball we all recall from I Love Lucy was already in her mid 40s.” Well, later in the 50s she was, but she’d just hit the big four-oh when the original half-hour Desilu show premiered on 10.15.51. Anyway, as Ball’s youthful beauty was the original topic, I was inspired to riff on Ball’s appearance and aging process as she got into her 40s, 50s and beyond. 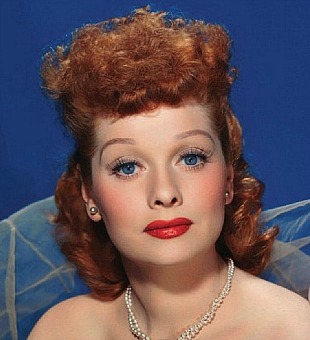 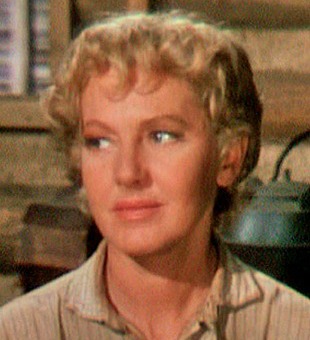 Lucille Ball was born in 1911. Her bloom-of-youth years were in the 1930s and early ’40s, when she was in her 20s and early 30s. I Love Lucy began in ’51, when she’d just turned 40. She looked older, yes, but partly because she was quite the smoker and drinker, or so I’ve always understood. As Ball aged she was known for having developed one of those gravelly, sharp-edged, deep-pit voices that can only be achieved from decades of of smoking unfiltered cigarettes.

By the time Ball played a would-be suburban infidel in Melvin Frank and Norman Panama‘s The Facts of Life (’60) she was pushing 50 and looked it, even by the standards of the day. By 2018 standards Ball could be in her late ’50s or even her early 60s in that film. On top of which a good portion of Ball’s glamorous image was attributable to makeup, especially eye-makeup. With her fair skin, carroty complexion and less-than-aeorobicized form, she’d developed a somewhat weathered appearance.

By the same token Jean Arthur was 51 when she made Shane (it finished filming about 16 or 17 months before it opened in April ’53), and she looked a good 10 or even 15 years younger. Arthur was roughly 41 or thereabouts when she shot The Talk of the Town (’42 — directed by Shane helmer George Stevens), but she easily could’ve been 29 or 30 or 31.

Life is unfair, but it doesn’t help if you smoke like a chimney and throw down highballs on a fairly routine basis. I’m referring again to Ball…hell, to almost every mature person of that era. (Almost everyone smoked in the ’50s and ’60s.) No, I don’t know if Arthur was a smoker and drinker also…maybe she was. But if so, she had the genes to withstand the effects of tobacco and alcohol. Ball didn’t.

Jean Arthur in Howard Hawks’ Only Angels Have Wings, shot when Arthur was 38 or 39. 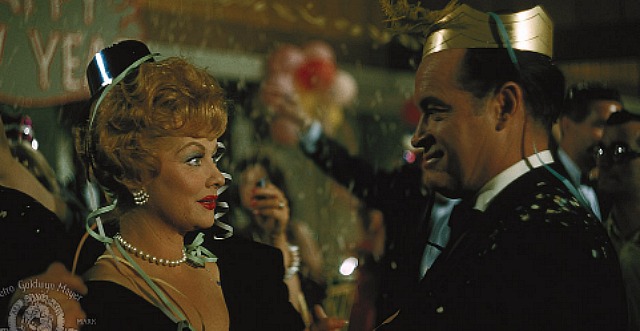 Lucille Ball, Bob Hope in The Facts of Life.