God Is My Tormentor

What defines a spiritual film? In my dictionary it’s any movie in which the main character is constantly communing with (i.e., pondering, meditating, wondering about) his/her inner life or more particularly that voice that seems to be talking to him/her in such a way that the main character is haunted, bothered, unsettled, off-balance and searching for the right thing to do or the right way to be.

In this sense Paul Schrader‘s First Reformed (A24, 6.22) — an absolute must-see — is a spiritual film in spades. But then so is Taxi Driver, which Schrader wrote some 43 or 44 years ago. And so are a bunch of others.

I don’t want to sound like an easy lay, but I regard Field of Dreams as a spiritual film. I think The Exorcist is a spiritual film, at least as far as Damian Karras‘s character is concerned. Days of Heaven is a spiritual film; ditto The Tree of Life. Obviously Martin Scorsese‘s The Last Temptation of Christ (the screenplay for which was written by Schrader) and Pier Paolo Pasolini‘s The Gospel According to St. Matthew, but not — I repeat, not — Scorsese’s Kundun. (Too suffocating.) It would piss me off to hear someone call Batman Begins a spiritual film, but I suppose the argument could be made. 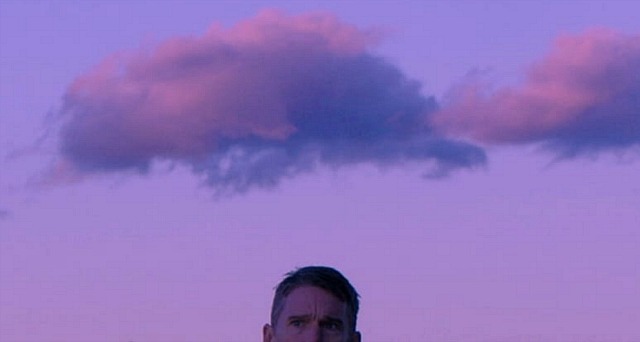 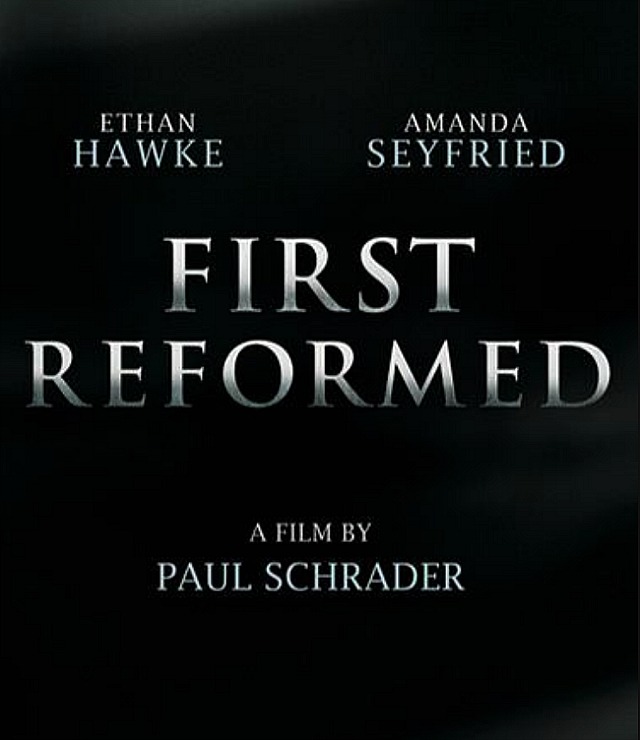 Is Bernardo Bertolucci‘s Little Buddha a spiritual film? I haven’t decided. Is Moby Dick a spiritual film as far as Gregory Peck‘s Captain Ahab is concerned? I’m still mulling that one over.

I got into this after reading a 3.15 Den of Geek interview with Schrader, the director-writer of First Reformed, and star Ethan Hawke. The sit-down happened last week in Austin during South by Southwest, where First Reformed (A24, 6.22) screened once or twice. It was showered with hosannahs last fall when it played the Venice and Telluride festival; it also played Toronto.

From my 9.1.17 rave: “I can’t over-emphasize how amazing it feels to watch a fully felt, disciplined, well–ordered film by a brilliant guy who had seemingly lost his way or gone into eclipse, only to be startled when he leaps out from behind the curtain and says ‘Hah…I never left!'”

It has a 96% Rotten Tomatoes rating and an 80% rating on Metacritic. (It would be higher without a mostly positive but mixed review from The Guardian‘s Xan Brooks, who calls it “a deeply felt, deeply thought picture; impressive in its seriousness and often gripping in the way it frames itself as a debate and a sermon.”)

Key Schrader quote from Crow review: “I was raised in the church. I’m a product of the Christian Reform Church in Western Michigan, Grand Rapids. West Side Christian, Grand Rapids Christian High, Calvin College of Seminary, so it’s baked in. No matter how far or how fast you run, you do not outrun your childhood. So I keep circling around these things. I never thought that I would make a spiritual film. I was just too intoxicated by action and sexuality, and empathy and violence. I said, ‘That’s not me. I’m not gonna’ go there.’

“And then two, two and a half years ago, after having dinner with Pawel Pawlikowski who had done Ida, I got to thinking and I said to myself, ‘You know, it’s time. It’s time to write that script that you swore you would never write.’ There’s a sense of completion about it.”

My Facebook response to Schrader: “First Reformed is the clearest, cleanest thing you’ve made since Hardcore. It’s radiant, stripped down…simultaneously calming and thrilling. But what exactly is a spiritual film in your book?”

Another HE review excerpt: “First Reformed is so Schraderian, so moralistic in almost a Travis Bickle kind of way, so tortured and yet fully engrossing. Everyone has been calling it Taxi Driver meets Diary of a Country Priest with a little Hardcore and Rolling Thunder thrown in.” 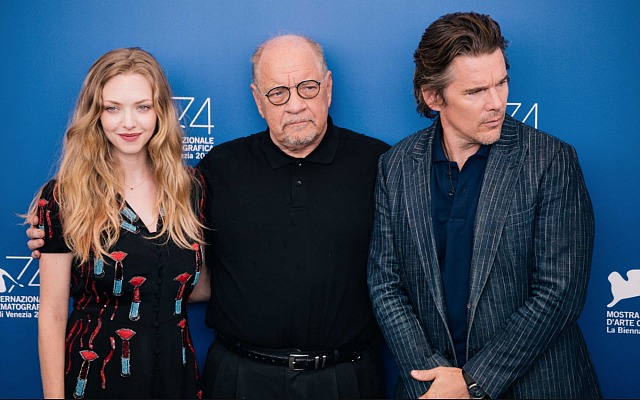 March 19, 2018by Jeffrey Wells14 Comments
« Previous post
Killed By Glitchy Software
Next post »
Ball vs. Arthur: The Unfairness of Things