There’s a new Bluray of Oliver Hirschbiegel‘s Downfall (’04) out this month. The last Bluray version was released ten years ago, by the Momentum guys in England.

I’ve been a devout Downfall fan since catching it in Toronto 13 and 1/2 years ago; I interviewed producer Bernd Eichinger and the great Bruno Ganz in Los Angeles when they came to town several weeks later. It’s a legendary war film — tense, well-written, highly charged in all respects. 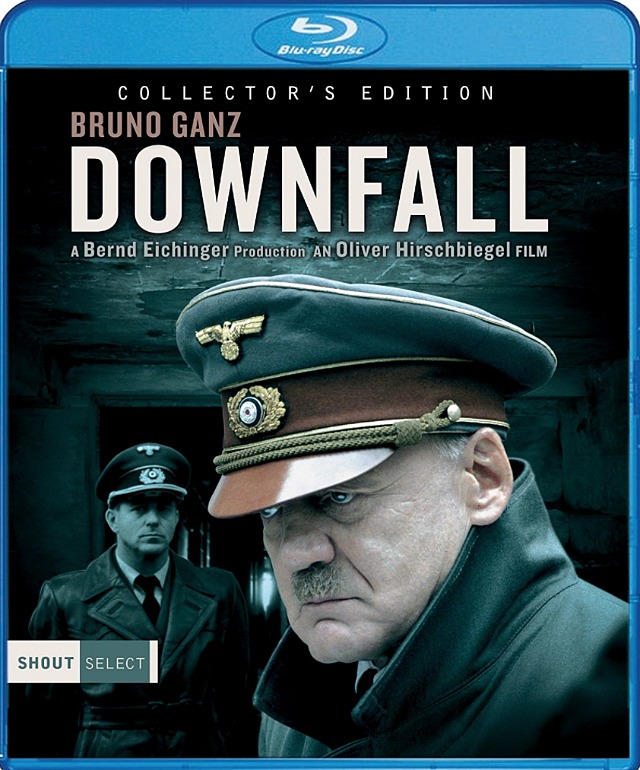 Of course, the reason Downfall is regarded as the biggest film of Hirschbiegel, Ganz and Eichinger’s career is not because of the dedication and artistry that went into its making, but the Hitler YouTube parody-rant phenomenon that was inspired by a single conference-room scene. Hitler parodies began…what, in ’06 or ’07 and now number over 1500 and perhaps over 2000 or even higher.

Given the fact that Downfall would be remembered only by cineastes today if the parodies had never taken off, wouldn’t you think that the producers of the two Blurays would have acknowledged this by including a short, good-natured essay on the influence of the parodies? To simply acknowledge the basic, irrefutable facts? Nope — neither Bluray even alludes to them. Which strikes me, no offense, as insane.

I don’t care if the below subtitled interview with Ganz is fake and subtitled by a moron who doesn’t know how to spell “truly” — it’s what he should have said and so I’ve accepted it as genuine.