On 9.27.17, L.A. Times real-estate reporter Roger Vincent posted a mild-mannered piece about the newly renovated Westfield Century City mall. It mostly reads like a publicity release, but one phrase stands out: “In keeping with the more modern notion of encouraging visitors to linger…” Boy, do they ever!

I’ve roamed around this $1 billion environment six or seven times since it re-opened last fall, and it’s clearly been designed to discourage shoppers from knowing where they are in relation to the overall layout of the damn place. It wasn’t easy to find this or that store before the renovation, but you could manage it if you had any kind of directional sense. I’ve always had a pretty good nose. Now the walking areas no longer follow basic rectangular grids, and it’s more than a little difficult (unless you’re a frequent visitor) to determine where anything is except for Bloomingdales and Eataly. 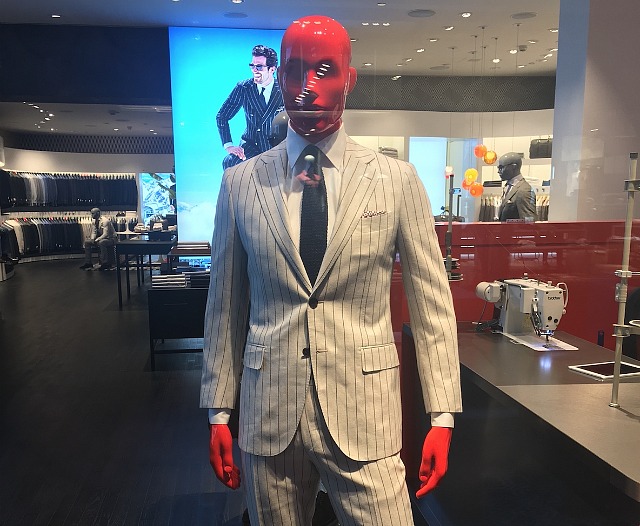 Before you could rely on Century City office buildings as beacons, but the mall is now mostly a two-story affair and you can’t see them as easily. I mostly visit for screenings at the AMC plex, but the other night I had to ask twice after losing my bearings. No color-coding, no districts, no arrows on the cement, no Westfield app that would allow you to blue-dot your location, etc.

The basic scheme is unmistakable: encourage shoppers to blindly shuffle from store to store without any directional markers or any clear idea of the general layout. Rats in a maze, shopping zombies, etc.

Yes, there are mounted mall maps here and there, and yes, security guards will offer assistance if you ask, and yes, if you visit often enough you’ll start to develop an idea of where this or that store is, but the Westfield guys obviously decided to emulate the malevolent IKEA scheme, which I wrote about last April. And don’t get me started on finding walk-up exits and walk-down entrances to the underground parking area.

The basic impulse I have now about the Westfield C.C. mall is one of contemplative avoidance. Do I really want to go there and cope with a feeling of being in J.J. Abrams‘ Lost? The answer is “naah, not really.”

March 16, 2018by Jeffrey Wells16 Comments
« Previous post
Locked In
Next post »
Best “Christian Nutters Are Crazy” Flick Of All Time