Written 13 years ago by David Camp and Lawrence Levi: “The film snob prides himself on his populist, un-arty taste, favoring, for example, the soapy, over-emotive schlock of India’s Bollywood film industry over the artful, nuanced films of the Calcutta-born Satyajit Ray, and the Spaghetti Westerns of the Sergios Leone and Sergio Corbucci over anything Fellini ever made.”

Perhaps the first time I noticed this mindset was when I read a mid ’70s piece by film critic (and my ex-re:visions partner) Stuart Byron. I forget the publication, but it compared the merits of Costa-Gavras‘s State of Siege, which opened stateside in April 1973, to Mark Lester‘s Truck-Stop Women, which opened in May of ’74. Byron preferred Lester’s film, natch. “No rig was too big for them to handle!” 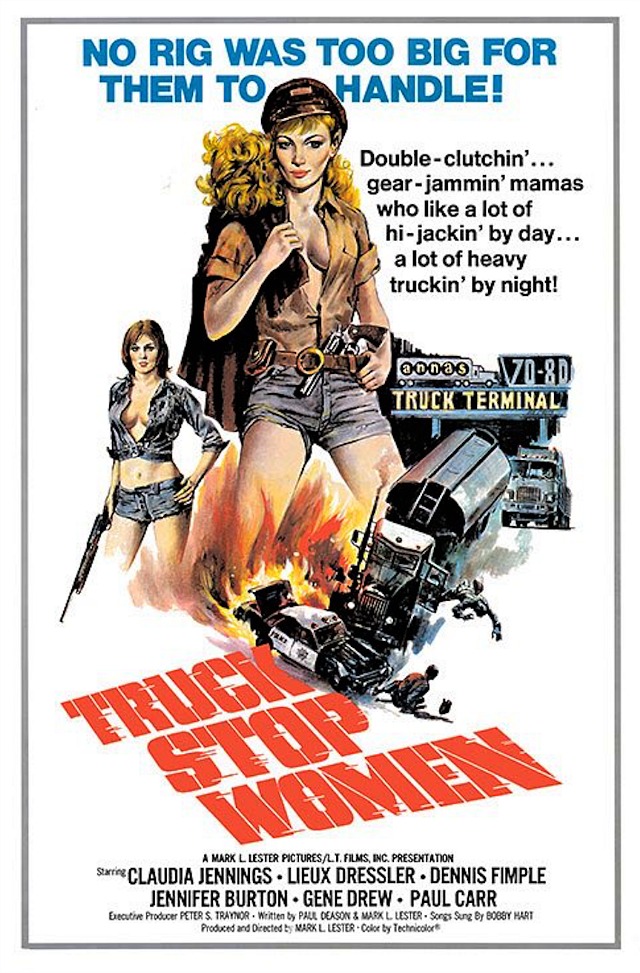