Paul Schrader‘s First Reformed (A24, 6.22) “plays like a summation of a career – a distillation of the themes that have dominated Schrader’s work since the 1970s. Deeply spiritual but in a Schrader kind of way, about the arc of a spiritual human being and whether he can find salvation. In Schrader’s world, any salvation is usually accompanied by Old Testament-style violence. For literary fans, Schrader also crafts a scene that’s an homage to Flannery O’Connor’s Hazel Motes of Wise Blood. And for fans of transcendentalism, there’s a levitation scene that’s mesmerizing. 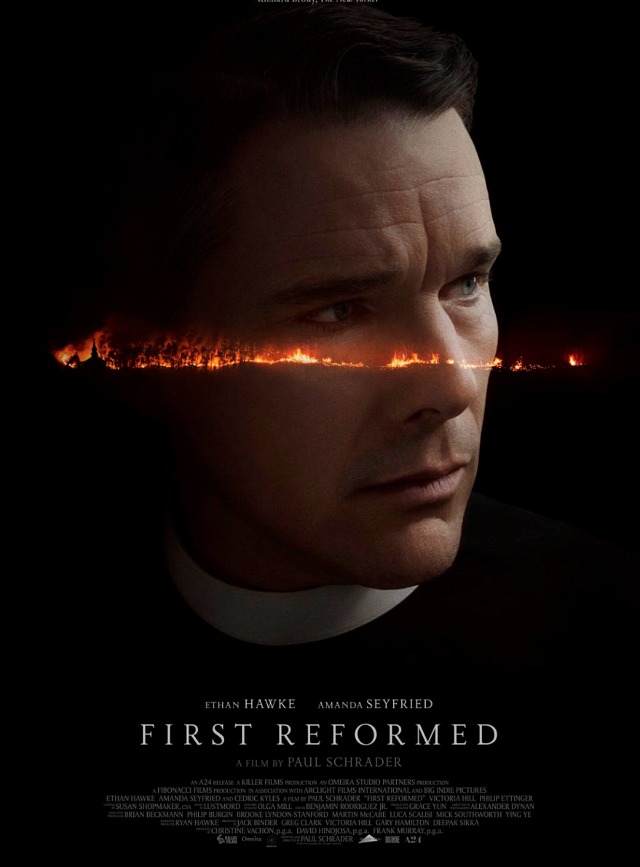