The three things that came out of last night’s 60 Minutes chat with Stormy Daniels (aka Stephanie Clifford) were (a) there was no “affair” with Donald Trump in ’06 — they did the deed only once at Harrah’s Lake Tahoe, (b) at Daniels’ suggestion Trump dropped trou and took a couple of playful ass-whacks with a rolled-up copy of Forbes magazine, (c) not long after sitting down for her 2011 In Touch interview, Daniels/Clifford was approached by some guy in Las Vegas and told to stop talking about Trump or else. It was also reiterated in a separate interview that Clifford’s attorney Michael Avenatti has a DVD that contains evidence proving that his client indeed had it off with Fuckface Von Clownstick. 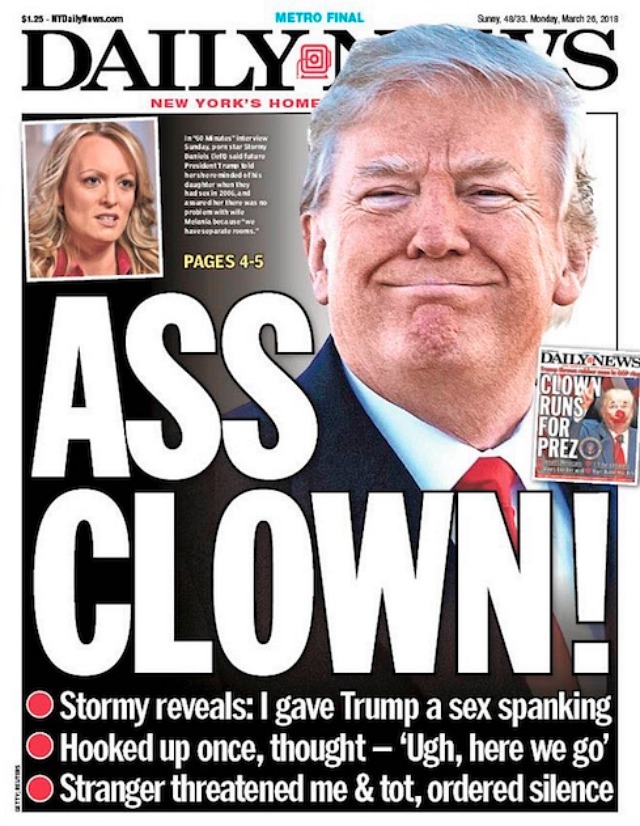 Avenatti on 60 Minutes: “This is about the cover-up. This is about the extent that [Michael] Cohen and the president have gone to intimidate this woman, to silence her, to threaten her, and to put her under their thumb. It is thuggish behavior from people in power. And it has no place in American democracy.” 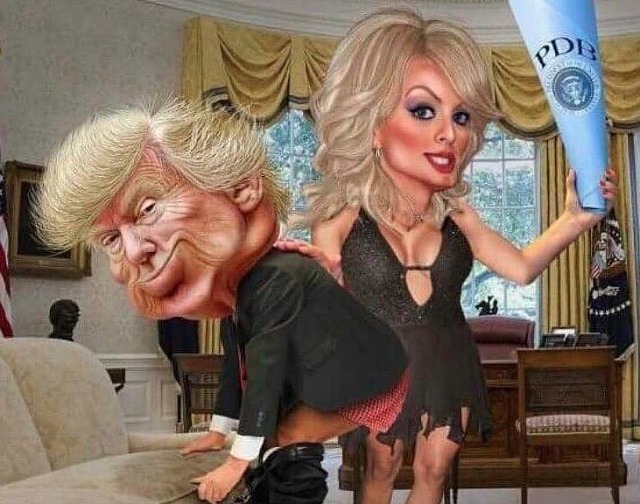