14 months ago I wrote that one good thing came out of Francis Coppola‘s The Cotton Club, and that was Michael Daly‘s “The Making of The Cotton Club,” a New York magazine article that ran 22 pages including art (pgs. 41 thru 63) and hit the stands on 5.7.84.

I described it as “one of the most engrossing accounts of a troubled production I’ve ever read, and which still is. Dazzle and delusion, abrasive relationships, murder, tap dancing, pussy, cocaine, flim-flam, double talk, financial chicanery and Melissa Prophet. Excellent reporting, amusing, believable, tightly composed…pure dessert.”

This morning I happened to read another great making-of-a-disaster article called “My Battles With Jon and Barbra,” a blow-by-blow account of the making of the 1976 version of A Star Is Born, written in a state of seething anger by director Frank Pierson and as delicious in its own way as Daly’s article.

Pierson, who passed in 2012, was arguably a better screenwriter (Cool Hand Luke, Dog Day Afternoon, Haywire, Presumed Innocent, Mad Men) than a director, but he certainly knew the realm. 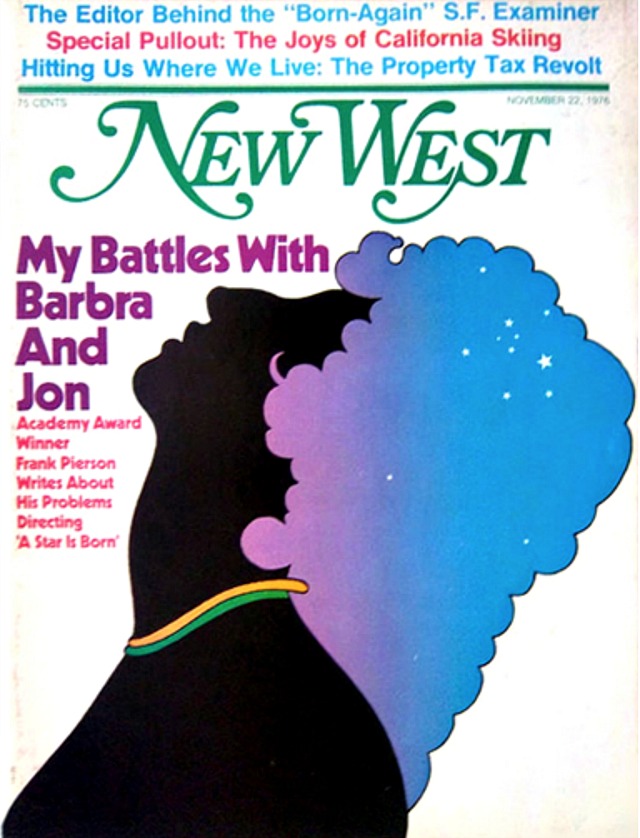 I found Pierson’s piece on the Barbara [Streisand] Archives website. Launched in ’03, it’s been written, designed, created and maintained all along by Matt Howe of Washington, D.C.

“In 1983, Barbra told journalist Geraldo Rivera: “Pierson’s article was so immoral, so unethical, so unprofessional, so undignified, with no integrity, totally dishonest, injurious. If anyone believes it, without examining who that person is, to try to put a black cloud over a piece of work before it’s even released: that’s the most important indication of who that person was.”

Again, the article itself.