I’ve been looking at the Millennium Falcon for nearly 41 years now, but until today I’ve never actually studied the layout. And I have to say that I’m shocked — shocked! — that the cockpit (#6) isn’t centered over section #10 (or just above the freight loading bay) but located off to the right, or to the left if you’re standing in front of the Falcon’s front area.

Imagine driving a car not from the front seat and looking over the hood, but from inside a little glass-enclosed cockpit mounted on the right fender and extending a couple of feet from the main chassis. Who the hell would want to drive a car like that?

A good pilot can get used to anything, I realize, but it just seems weird to visually navigate this “bucket of bolts” from a fishbowl compartment on the far right. It’s silly to complain about this now, of course, but from a command-and-control perspective it still seems like one of the most lopsided, poorly-designed vehicles I’ve ever laid eyes on.

I’m also not wild about the crew quarters (#14). You’ll notice the room is pretty small, and that it contains three bunks, two bathroom compartments and one toilet [after the jump]. I’m actually presuming that the Falcon has two toilets but the architect forgot to draw the second one. I’m also guessing that Falcon being the Falcon, the bathroom ventilation system probably doesn’t work like it should, or certainly not like the bathrooms on any large Empire vessel. I’m thinking of Lando Calrissian exiting the bathroom and finding Princess Leia waiting outside, etc. Nuff said. 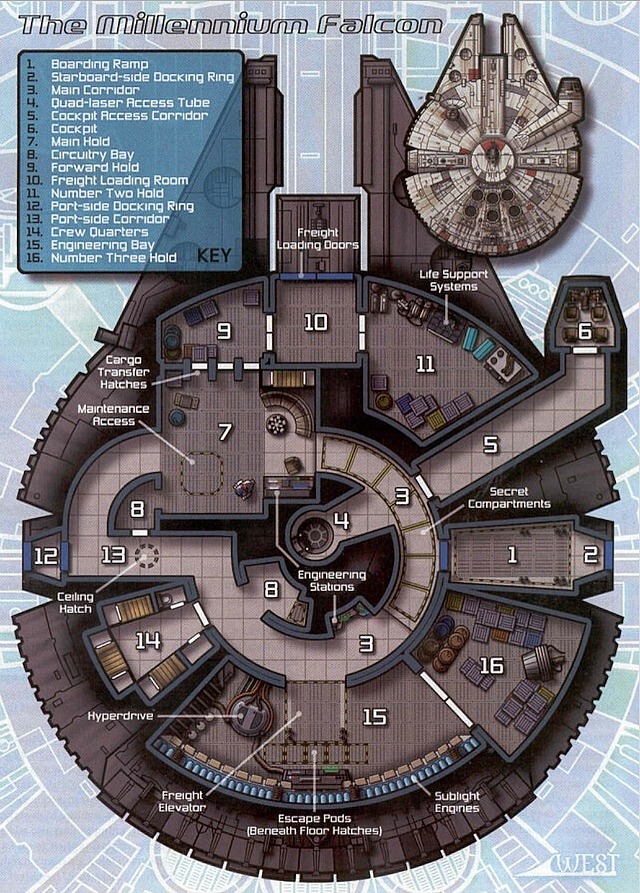 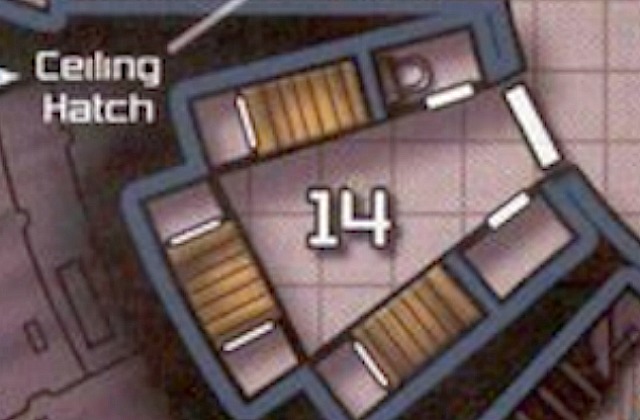