Last September Focus Features announced that Josie Rourke and Beau Willimon‘s Mary, Queen of Scots would open on 11.2.18 — a good award-season date that gives everyone (Academy, HFPA, BFCA, guilds, critic groups) plenty of time to see it and assess its value. Now the opening has been pushed back to 12.7.18. I don’t know what this means exactly. Maybe nothing. An award-season release between late October and late November is generally preferred over a December one, although there’s nothing “problematic” with an early December date.

Mary, Queen of Scots will presumably tell the basic story of Mary Stuart (Saoirse Ronan), who ruled over Scotland for 14 and 1/2 years (December 1542 through July 1567), experienced all kinds of marital and political intrigues during her reign and after, and who was imprisoned by Queen Elizabeth in 1568 and lost her head some 19 years later, in 1587, also at Elizabeth’s behest. Pic is based on John Guy’s 2004 biography “My Heart Is My Own: The Life of Mary Queen of Scots” (“[A] portrait of a shrewd and charismatic young ruler who relished power and, for a time, managed to hold together a fatally unstable country”). 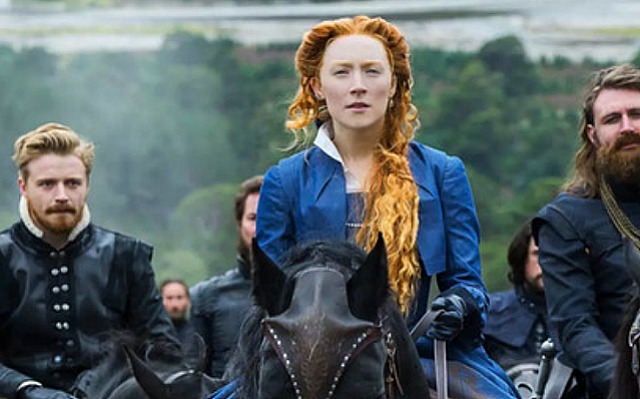 April 14, 2018by Jeffrey Wells17 Comments
« Previous post
John Huston Was Actually Young Once
Next post »
Only in Moronville