Here’s To You, Franz Kafka

Last August Tatyana Antropova, the fabled SRO and wife of Hollywood Elsewhere, began the application process for a green card and Employment Authorization card. A lot of work, a lot of forms, roughly $1700 in fees.

We were informed on 10.16.17 via I-797 (“notice of action”) that the USCIS (U.S. Citizen and Immigration Services) had approved her application for employment authorization (otherwise known as an EAD or work permit card) and that it would be arriving soon in the mailbox. All seemed well.

Then it all went bad. In early November we were informed that the letter containing the work permit had been mailed to our address but sent back. This was apparently because the letter had a 90046 zip code instead of the correct 90069, and so the mailman decided not to deliver it. That was six months ago, and despite countless pleas, appeals, letters, phone calls and visits to the downtown L.A. USCIS office (300 No. Los Angeles Street, Los Angeles, CA 90012), the work-permit card senders, based in a building in Lee’s Summit, Missouri, about 10 miles southeast of Kansas City, haven’t re-mailed the card.

Because of one lame-ass decision by a West Hollywood mailman (the zip code is a meaningless distraction as there’s no other Westbourne Drive in the entire city and 90046 is right nearby), poor Tatyana has been without a work permit for a full half-year, and to this date we still haven’t received it in the mail.

We have received, mind, several USCIS letters about other immigration matters at this address, but never the work permit. We have received letters with the incorrect and correct zip codes. We have repeatedly informed the USCIS that the correct zip code is 90069, and they have confirmed to us that their “system” now understands this, but we’ve still gone six months without a card. So much frustration and hair-pulling, so much draining of the spirit.

What government agency mails you something, and then, when it gets sent back to the agency for a nonsensical reason, refuses to re-send? These people are bureaucratic fiends. 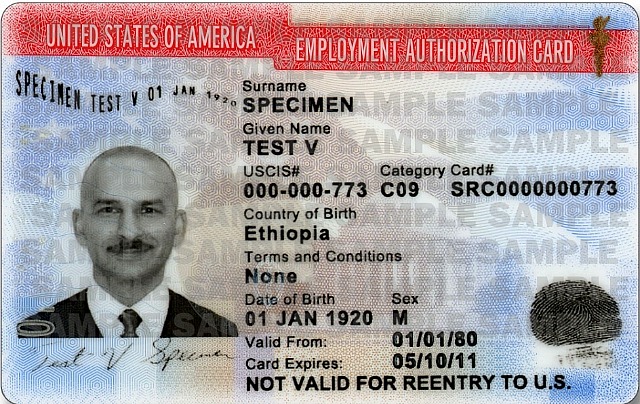