Words can’t express the joy, rapture and ecstasy I’m feeling over the huge success of Avengers: Infinity War. Knowing that Marvel fans and general moviegoers will be parting with roughly $245 million by Sunday night…well, it just tickles my soul and lifts me out of my seat. The second largest all-time domestic debut, second only to the $247 million earned by Star Wars: The Force Awakens. Hell, Infinity could even beat Force.

Four questions for anyone who saw it yesterday or earlier today: (1) Did you see any kinds “bawling” about the deaths of certain Marvel characters?, (2) Leaving aside the digital disintegration deaths (which of course are certain to be reneged upon in the next and final installment), do you feel that enough Marvel characters died?, and (3) Did anyone notice any audience members expressing surprise or dissatisfaction about the ending? Did anyone say “what?” when the film cut to black? 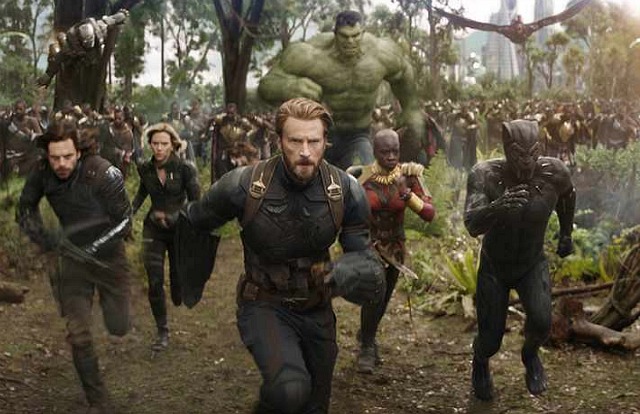 April 28, 2018by Jeffrey Wells65 Comments
« Previous post
Not Funny Now, But Back Then…
Next post »
Brains & Consequence