Six years ago Wes Anderson‘s Moonrise Kingdom opened the 2012 Cannes Film Festival. A great honor and much red-carpet hoopla, for sure, although an opening-night choice is sometimes excluded from festival competition.

At a mid-festival press conference Anderson told a story about sharing the news with a Parisian cineaste friend. “Competition is better,” the friend said. As it turned out Moonrise Kingdom was slotted as a competition film, but a film chosen to open the festival is always presumed to be slightly less consequential than a competition film…a tiny bit underwhelming or off-the-mark in some way. Or a political “gimme” of some kind. Always a cause for concern. 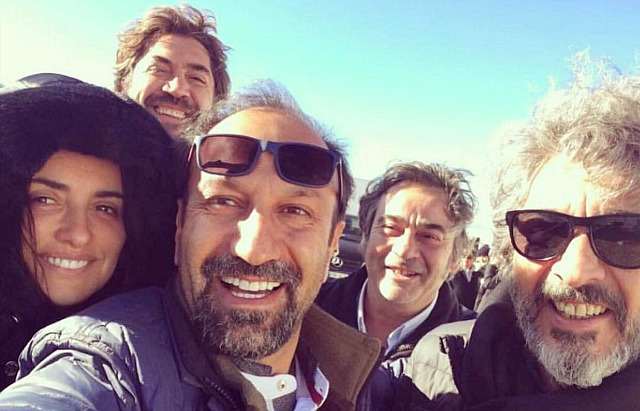 A Separation, About Elly, The Past, The Salesman — nobody worships Farhadi like Hollywood Elsewhere. The man is hardcore and ultra-meticulous and thoroughly invested in character-driven stories, and is all but incapable of making a mediocre film, much less a bad one. It is a near certainty that Everybody Knows, a Spanish-language family reunion film about disturbances and disruptions, will be a strong, satisfying film. But the opening-night thing is scaring me a teeny-weeny little bit. A hint of slight foreboding.

Everybody Knows (aka Todos Lo Saben) is only the second Spanish-language film to open Cannes. Pedro Almodovar’s Bad Education (’04) was the first. It’s also a departure for the Iran-based Farhadi, having made his first film in Spanish and his second not in his native Farsi.

A friend: “Moonrise Kingdom was in competition. Other opening nights, like Moulin Rouge, have been too. It’s at the determination of the festival and the filmmakers. The problem is that because most opening-night films at most festivals are NOT in competition, somehow even when you are in competition the film tends to get disregarded by the jury anyway. So it’s something of a double-edged sword, but those are the facts.”