Support on Patreon Follow @wellshwood
56 Comments
Will There Be Two Versions of “The Irishman”? 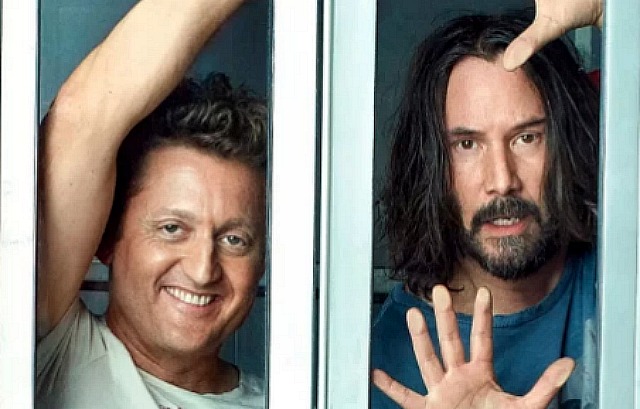 HE’s reaction is roughly the same as my thoughts about Dumb and Dumber To, which I explained in a 9.25.13 piece called “Long of Tooth“:

When Jim Carrey and Jeff Daniels costarred in the Farrelly Brothers’ Dumb and Dumber (’94) they were roughly 32 and 39 years old, respectively. Obviously not spring chickens but relatively buoyant, fresh-faced, elastic of bod. They’re currently costarring in the Farrelly’s Dumb and Dumber To, which I suspect will be funny and inventive (I was a fan of the Farrelly’s Three Stooges flick), but now we’re talking about a 51 year-old and a 58 year-old playing the same characters.

When Joseph McBride replied at some length to my questions about Irma la Douce and his commentary on a forthcoming Kino Lorber Bluray, I replied at length also. Here’s what I said:

“So unlike most critics, you’re not of the opinion that Billy Wilder peaked with Some Like It Hot, The Apartment and One, Two, Three? And that as a director he enjoyed two peak periods — his initial nine-year run (1944’s Double Indemnity to 1953’s Stalag 17) and then his seven-year run at the very top of his game, or between ’59 and ’66 (Some Like It Hot to The Fortune Cookie)?

“You believe, in other words, that Wilder’s decline period (The Private Life of Sherlock Holmes through Buddy Buddy) wasn’t about ‘decline’ as much as a commercially downspiraling artistic growth period, or something along those lines?

“Wilder’s first peak period began with his auteurist breakthrough via Double Indemnity (’44) and The Lost Weekend (’45). He greatly strengthened his hand with Sunset Boulevard, (’50) and then was dealt a stunning commercial setback with the release of Ace in the Hole. Correct me if I’m wrong, but I’ve always believed that the commercial failure of Ace, not to mention a consensus that he’d succumbed to an overly hard-bitten, overly acidic tone, all but stopped Wilder in his tracks.

“I’m saying that Ace in the Hole either persuaded or forced Wilder to become a humorous, light-hearted, mainstream director-for-hire after Stalag 17, which ironically was quite the critical and commercial success, opened in mid ’53.

Background: “Wilder began working on Stalag 17 sometime after the original B’way play version began its run in March 1951. I don’t know the precise logline, but Wilder’s Paramount-supported involvement was probably concurrent with the opening of Ace in the Hole in July ’51. He began shooting Stalag in February of ’52 and presumably wrapped the usual eight or ten weeks later.

“According to Peter Graves ‘the film was held from release for over a year due to Paramount Pictures not believing anyone would be interested in seeing a film about prisoners of war…the 1953 release of American POWs from the Korean War led Paramount to release it on an exploitation angle.’

Back to letter: “For whatever reasons, perhaps best known by yourself and other Wilder scholars or perhaps just due to the bland mentality of the Eisenhower ’50s, Wilder’s first auteur phase ended with Stalag 17 or at least was put on hiatus for a five-year, five-film period from ’53 to ’58. 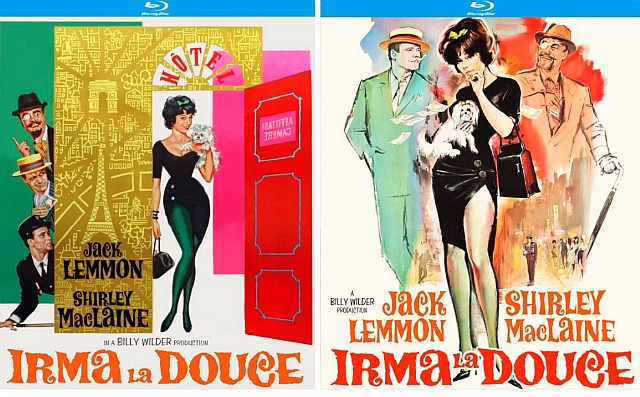 Before last night’s screening of Asghar Farhadi‘s Everybody Knows, Salle Debussy journalists were more or less obliged to sit through live video of the red-carpet arrivals as well as opening remarks and tributes inside the Grand Lumiere. I was half-watching and half-texting while scrolling through Twitter. But Kristen Stewart‘s appearance struck me as comment-worthy.

I asked a youngish British journalist sitting to my right what she thought of Stewart’s radically cut, blonde-streaked hair, and she said “Oh…uhhm.” In other words she found it striking but didn’t want to share any impressions. I said, “The shorn sides and odd streaks and the smoky eye makeup…it’s just not very attractive.” Certainly not in a conventional hetero sense of that term, I meant, which is what Hollywood Elsewhere more or less goes by.

The journalist said, “Well, I don’t think ‘attractive’ is the idea.” What would the idea be then, I wondered? I actually was telling myself that the idea was to project an edgy sapphic thing, or some kind of statement against what most of us would call conventional foxy norms. But I didn’t want to discuss in detail that so I just said, “She doesn’t want to project an attractive appearance?” No response so I added, “You mean as a gay thing?”

That stopped the conversation in its tracks. British journo woman stared silently at the screen and I went back to Twitter. 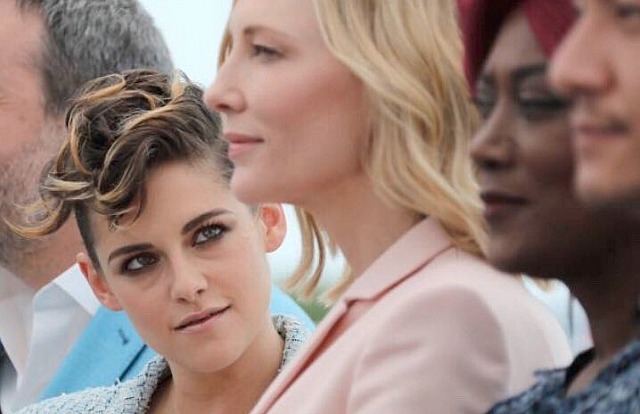 The biggest Cannes film today (Wednesday, 5.9) is Wanuri Kahiu‘s Rafiki, a Kenyan-made lesbian love story that’s been locally banned by Kenya’s conservative-minded government. It will screen at 1:45 pm and again at 10:15 pm at the Salle Debussy. I would normally be catching the earlier screening, but there’s a conflict and a complication with the great Martin Scorsese, who came to town yesterday.

Scorsese, currently in post with his $180 million Netflix gangster flick The Irishman, will sit for a discussion at the Theatre Croisette this afternoon (4:30 pm) following a Director’s Fortnight 2:30 pm screening of Mean Streets. I’d prefer to catch the 82-minute long Rafiki at 1:45 pm and then slip into the Scorsese q & a, but I’m afraid the security goons won’t let me in. I might have to attend Mean Streets in order to catch the Scorsese sitdown (which I regard as essential) without incident, and then catch Rafiki at 10:15 pm. Not the end of the world. 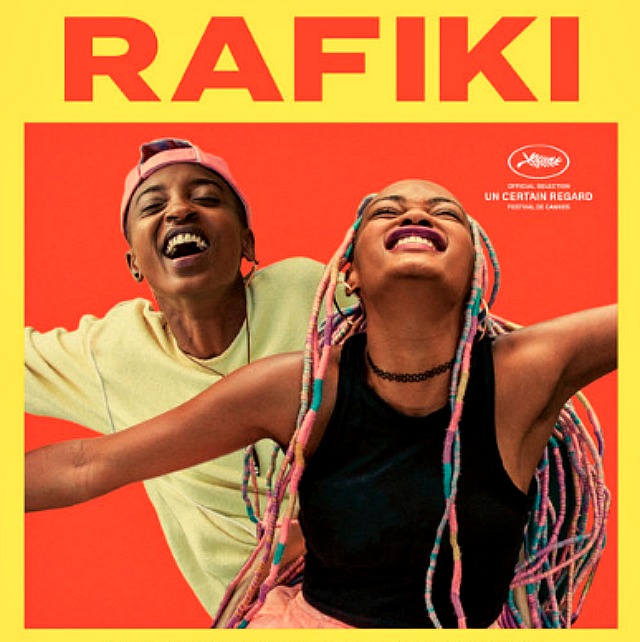 While Hollywood Elsewhere slept in Cannes, persuasive evidence about Russian financial influence upon Donald Trump attorney Michael Cohen and the Trump mob family in general came to light via Stormy Daniels‘ attorney Michael Avenatti, and it sounds and tastes fairly delicious. It was all over the news shows last night, but the summary and follow-through by MSNBC’s Lawrence O’Donnell is my favorite so far.

From the 5.8.18 N.Y. Times story by Mike McIntire, Ben Protess and Jim Rutenberg:

“A shell company that Michael D. Cohen used to pay hush money to a pornographic film actress received payments totaling more than $1 million from an American company linked to a Russian oligarch and several corporations with business before the Trump administration, according to documents and interviews.

“Financial records reviewed by The New York Times show that Mr. Cohen, President Trump’s personal lawyer and longtime fixer, used the shell company, Essential Consultants L.L.C., for an array of business activities that went far beyond what was publicly known. Transactions adding up to at least $4.4 million flowed through Essential Consultants starting shortly before Mr. Trump was elected president and continuing to this January, the records show.