A Matter of Insufficient Character

Zogby says that 53% of likely voters would choose Winfrey with 47% supporting Trump. The concern is that Trump performs better against Winfrey than any of the other candidates. Something about Winfrey appears to agitate right-leaning, red-state voters. Margin-wise Michelle Obama does better against Trump, 48% vs. 39%. An Obama-Winfrey ticket (or vice versa) would be close to unbeatable, no? 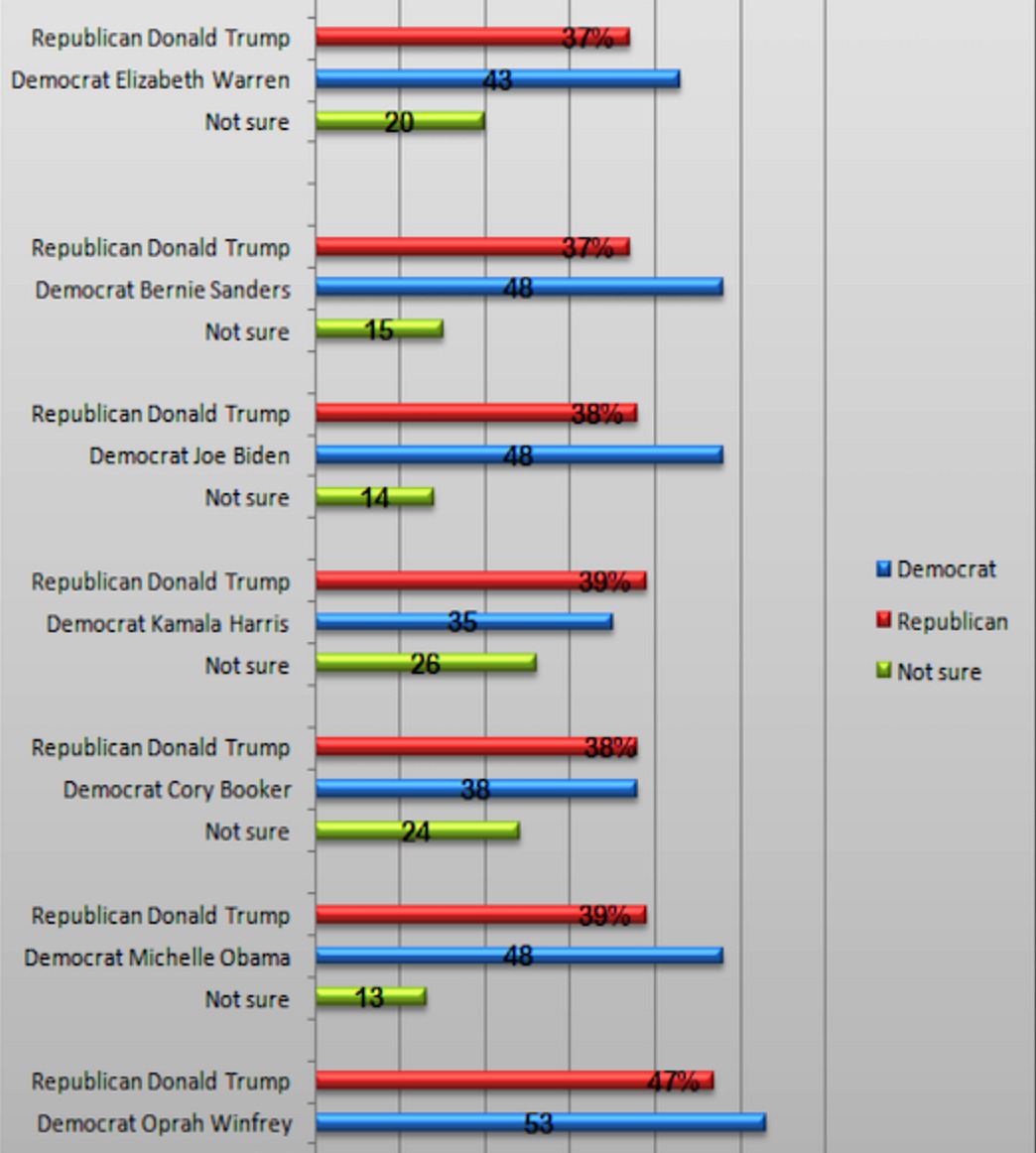 In fact, Winfrey beats Trump among nearly every sub-demo, including younger voters (aged 18-24 years old — 65%), African Americans (90%), Hispanics (63%), Asians (80%) and women (50 %). Winfrey also leads among independents (55%) and voters with no college degree (51%). My sense is that Winfrey would make an ineffective president in some respects, and yet she’s brilliant and humane and obviously aggressive and well-organized. To get Trump out I would vote for her in a New York minute. What a shame that she’s…what, too flighty or indecisive to accept the power she apparently wields?

If Winfrey wanted to really seize the day she might be able to save the U.S. of A. from a sociopathic bully-boy crime boss as president. Alas, she apparently hasn’t the inclination or the character to make a go of it.

Michelle Obama, Biden and Sanders all command support of 48% of likely voters vs. Trump’s 38% to 39%. Senators Cory Booker and Kamala Harris are currently polling Trump in the Zogby poll.

May 29, 2018by Jeffrey Wells35 Comments
« Previous post
King of Reckless, Emotionally Unhinged Driving Scenes
Next post »
Traitor To The Cause