Variety‘s Ramin Setoodeh and Brent Lang have reported that the people behind Bradley Cooper‘s A Star Is Born, currently regarded as a potential Best Picture contender, said no to an invitation to premiere in Cannes next week. Cooper, Lady Gaga and the film itself, which various actors (Sean Penn, Robert De Niro, Barbra Streisand, Jennifer Lawrence) have said is extraordinary, would’ve gotten a huge promotional bounce out of a Cannes premiere.

So why the ixnay? Probably because A Star Is Born is a little too commercial (i.e., too nakedly emotional, too Access) for this critic-driven festival, and award consultants calculated that a certain percentage of Cannes critics would trash it simply because of the emotional current, and so they figured why risk it? 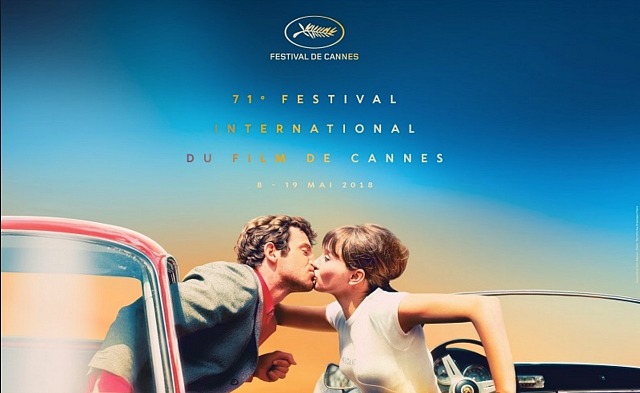 Variety says Cannes also invited Luca Guadagnino‘s Suspiria to attend, but Amazon said no. My guess is that they were slightly concerned about the fact that Suspiria, however scarily effective, is anything but a typical Guadagnino film and represents, in fact, a sharp departure from the sensual splendors of I Am Love, A Bigger Splash and Call me By Your Name. They knew that a certain portion of Cannes critics might feel distanced by this on some level, and so they got scared and decided to restrict themselves to the fall circuit.

Award-season consultants have been advising their clients to avoid Cannes for years. Add to this the calamitous Netflix withdrawal (no Roma, Norway or The Other Side of the Wind) and a general feeling, reflected by the Variety headline “Will Cannes Remain Influential?”, that the sun may in fact be setting on this much-beloved gathering, and you’re left with guys like me thinking I should probably save my travel dough for Telluride and Toronto, etc. Winds are shifting, wheels are turning.

“The truth is that Cannes’ influence and effervescent mixture of celebrity and cinephilia have been fading for several years,” Setoodeh and Lang write. “It costs tens of millions for studios to fly directors and stars to the Mediterranean town, an expense that shrinking indie players can’t afford.”

Plus Ron Howard‘s Solo: A Star Wars Story, which I can’t wait to trash. We’re gunning for you, Alden Ehrenreich! Not to mention the Kardashian redesign of the Millennium Falcon (pronounced FALLcon)

No Alfonso Cuaron (Roma), no Luca Guadagnino, No A Star Is Born, no Olivier Assayas (E-Book), no Laszlo Nemes (Sunset), no Brian De Palma (Domino), no Mike Leigh (Peterloo), no Paolo Sorrentino (Loro), no Jennifer Kent (The Nightingale), no Claire Denis (High Life), no Carlos Reygadas (Where Life is Born), no Paul Greengrass (Norway), no Terrence Malick (Radegund), no Woody Allen (he’s averse to showing A Rainy Day in New York as this would involve press badgering) and no Orson Welles (The Other Side of the Wind).

That’s a helluva lot of no-shows.