Heading Out The Door…

Tonight’s big film is the highly regarded Birds of Passage, a Directors Fortnight entry showing at 10:30 pm. Directed by Ciro Guerra and Cristina Gallego, it’s about “the origins of the illegal drug trade in Colombia in the 1970s” as well as “a family story set within an indigenous community.”

Someone speculated earlier that I might avoid Gaspar Noe‘s Climax. Bullshit — I’ve never sidestepped an opportunity to see a Noe film, ever. Previously titled Psyche, Climax was allegedly “shot in just two weeks, and focuses on an urban dance troupe that embarks on a kind of Dionysian frenzy in an abandoned school.” (Wild Bunch’s Vincent Maraval has said this information is incorrect.) For years Noe has been promoting the idea of his being some kind of sensual Satanic figure. The effort continues. 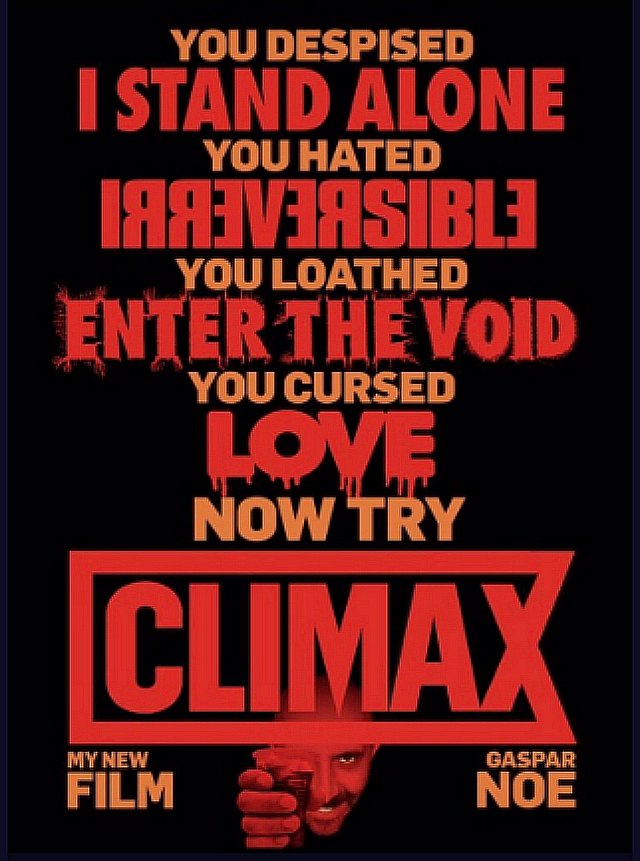