Matt Tyrnauer‘s Studio 54, one of HE’s favorite docs at the Sundance ’18 festival, has finally been acquired for distribution. Zeitgeist Films and Kino Lorber have picked up U.S. rights and will presumably open it later this year. Took long enough! 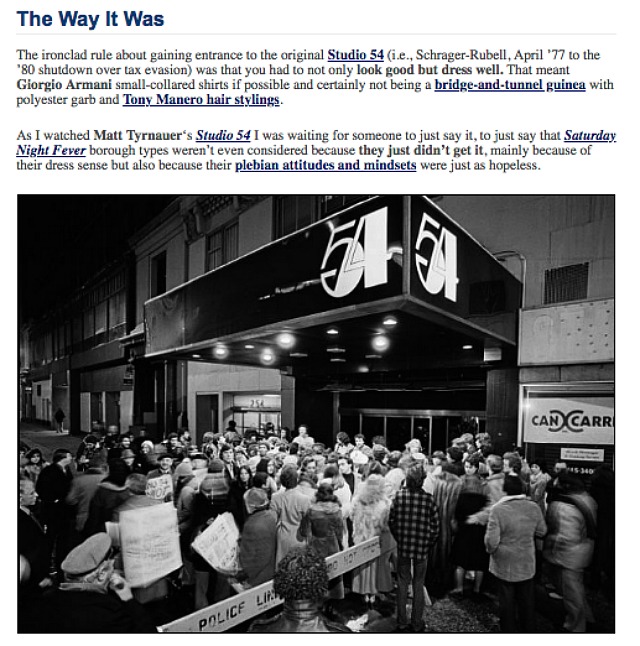 From “The Way It Was“, posted on 1.22.18: “The ironclad rule about gaining entrance to the original Studio 54 (i.e., Schrager-Rubell, April ’77 to the ’80 shutdown over tax evasion) was that you had to not only look good but dress well. That meant Giorgio Armani small-collared shirts if possible and certainly not being a bridge-and-tunnel guinea with polyester garb and Tony Manero hair stylings.

“As I watched Studio 54 I was waiting for someone to just say it, to just say that Saturday Night Fever borough types weren’t even considered because they just didn’t get it, mainly because of their dress sense but also because their plebian attitudes and mindsets were just as hopeless. It finally happens at the half-hour mark. One of the door guys (possibly Marc Benecke) says ‘no, the bridge-and-tunnel people never got in“…never.’ I can’t tell you how comforting it was to hear that again after so many years.”