For the sheer pleasure of it, I caught Pawel Pawlikowski‘s Cold War this morning for the second time. I sat in the third row of the Salle Deubssy, swooning once again to that velvety, needle-sharp black-and-white cinematography and that boxy aspect ratio that’s been breaking my heart for decades. Every shot is so exquisitely framed and lighted that it brings tears to your eyes. You could blow up any frame from this film and hang it on the wall of any snooty Manhattan art gallery.

And I love how cinematographer Lukasz Zal frames many of his shots with acres and acres of head room above the natural center of attention. 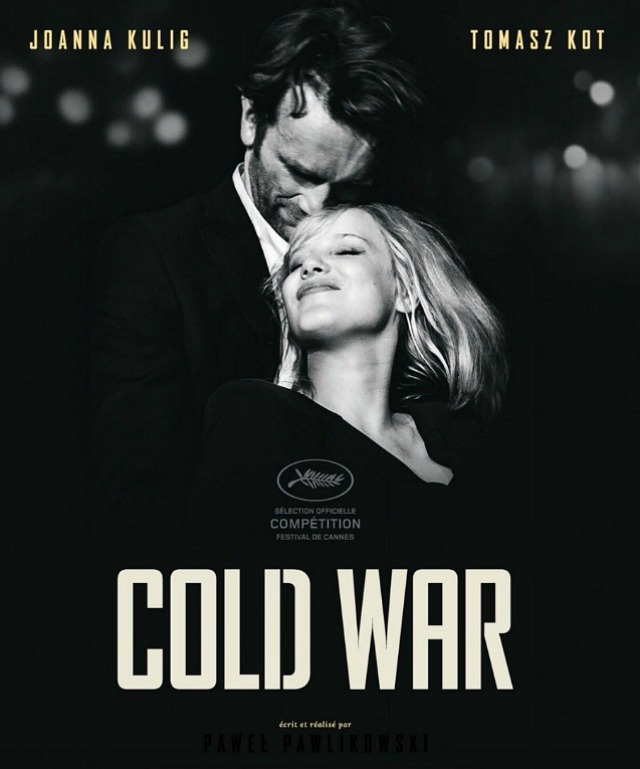 Cold War is so perfectly composed, a masterwork on every level. Pawlikowski’s story-telling instincts couldn’t be more eloquent or understated. Every plot point is always conveyed in the most discreet and understated terms, but you never miss a trick. And the economy! A story that spans 15 years ** is handled within 84 minutes, and you never sense that you’re being rushed along.

One small quibble: During most of the film Tomasz Kot, as Kulig’s lovesick, frustrated lover, wears a ten-day manbeard. I’m explained this four or five times, but nobody wore hipster whiskers until Miami Vice made that look popular in the mid to late ’80s. 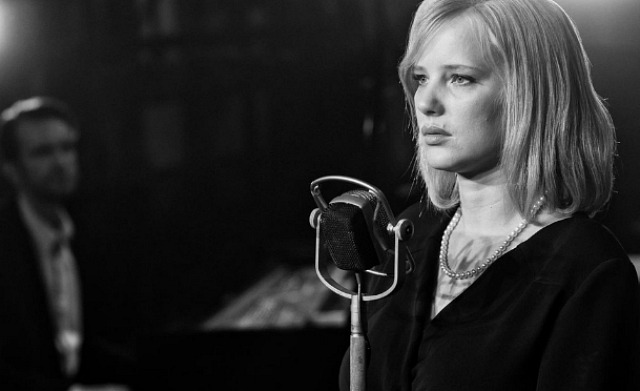