In Donald Trump‘s apparent view, Roseanne Barr has been dealt with severely not just because she tweeted a racist comment about Valerie Jarrett but because, in the opinion of Disney/ABC management, she’s on the wrong side of the political divide. If Bob Iger and Channing Dungey were truly even-steven and fair-minded, he seems to imply, they would give Roseanne a pass the same way HBO gave Bill Maher a pass after he claimed that Trump was sired by an orangutan.

Actual Trump quote: “Gee, [Iger] never called President Donald J. Trump to apologize for the HORRIBLE statements made and said about me on ABC…maybe I just didn’t get the call?” One presumes that the term “HORRIBLE statements” refers to reporting that Trump has taken issue with. 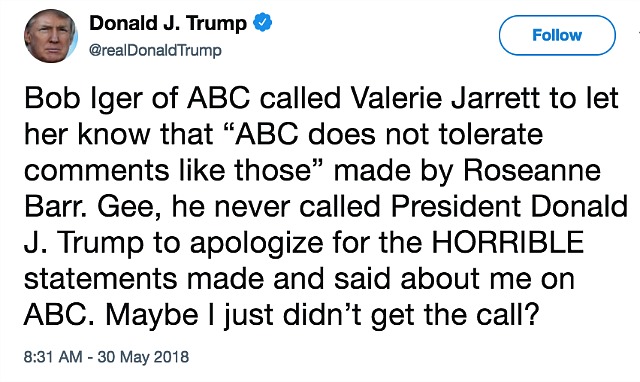 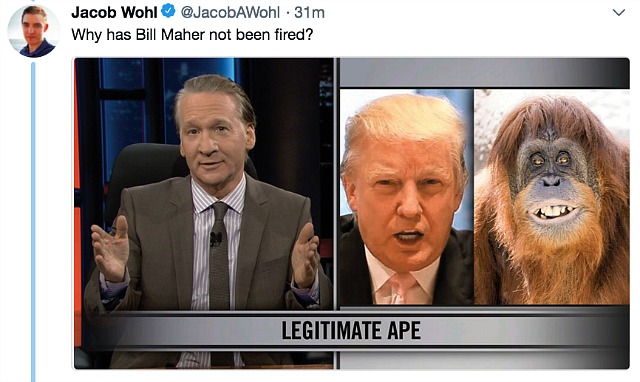 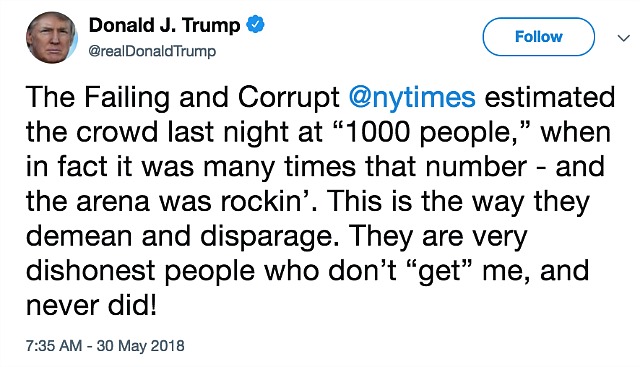 May 30, 2018by Jeffrey Wells32 Comments
« Previous post
Tastemakers Meet Manhattan Fashionistas
Next post »
What Happens In Vegas Doesn’t Stay There