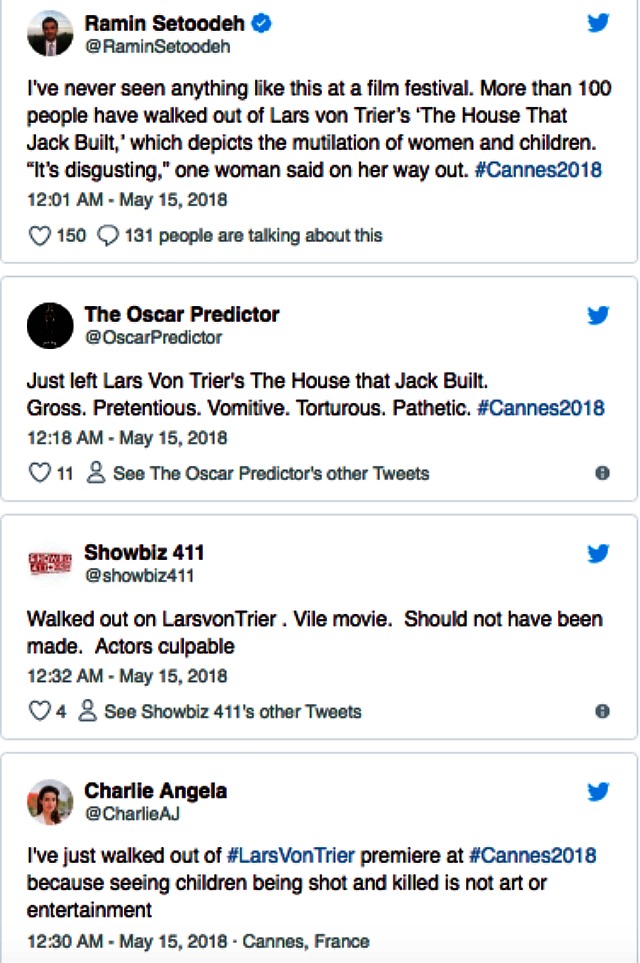 5.15, 7:25 am: I leave for the Salle Debussy and my dreaded rendezvous with The House That Jack Built in 15 or 20. I feel as if on my way to ten root canal surgeries, performed simultaneously.

From Owen Gleiberman’s Variety review: “Looking at [Matt Dillon‘s] Jack, we don’t feel a thing — or, rather, we feel an absence of empathy that mirrors his own. That’s also a problem for the film. Jack is by turns cunning and sloppy, arrogant and opaque. He suffers from obsessive-compulsive disorder, which compels him to return to one victim’s house three times to clean up the tell-tale blood he only imagines is there. He also likes to tempt fate, taking chances that are completely…well, insane.

“Through it all, though, he remains a man who’s lifeless on the inside. And The House That Jack Built is too. It’s not just a prestige sadomasochistic exploitation film, like von Trier’s

May 14, 2018by Jeffrey Wells20 Comments
« Previous post
When Margot Kidder Was…
Next post »
Old Guy vs. Hipster Tuxedo Pants