SPOILER-ISH BUT NOT REALLY: Right away you’re telling yourself, “Yes, I know this actually happened and that Lee is using the facts in Stallworth’s book, but it made no sense for Fallworth to be heavily involved in this operation.” And it just feels crazy as you’re watching one crazy incident after another. Problem #1 is that throughout the film Stallworth talks to KKK members on the phone (including wizard David Duke, played by Topher Grace) and so Zimmerman, pretending to be the Real McCoy, has to sound like Stallworth as much as possible. Except this is a dicey game that’s unlikely to fool anyone. Early on a local KKK leader tells Stallworth that his voice sounds different, as it obviously is.

If I was Stallworth’s supervisor I would tell him he’ll make a mistake sooner or later and that he’s too much of red flag, and that the smart move is for Zimmerman to carry the ball alone. 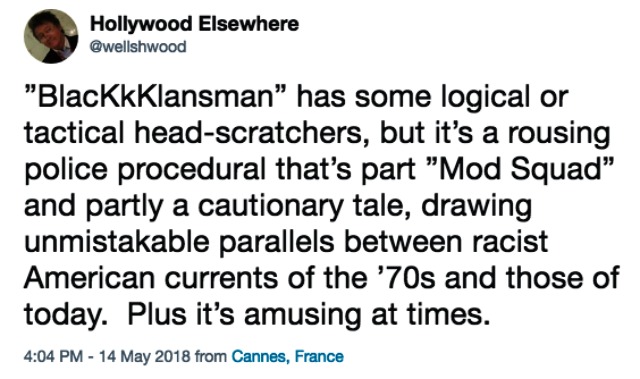 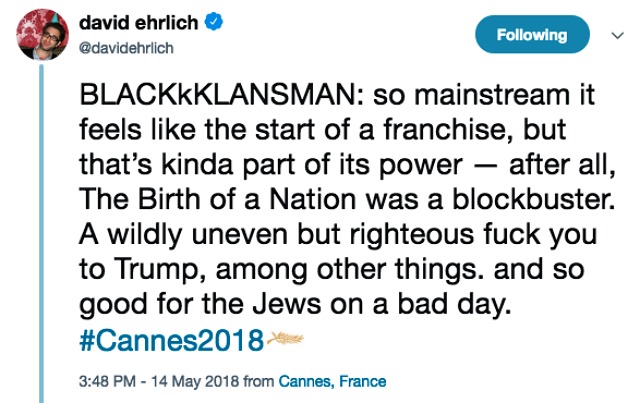 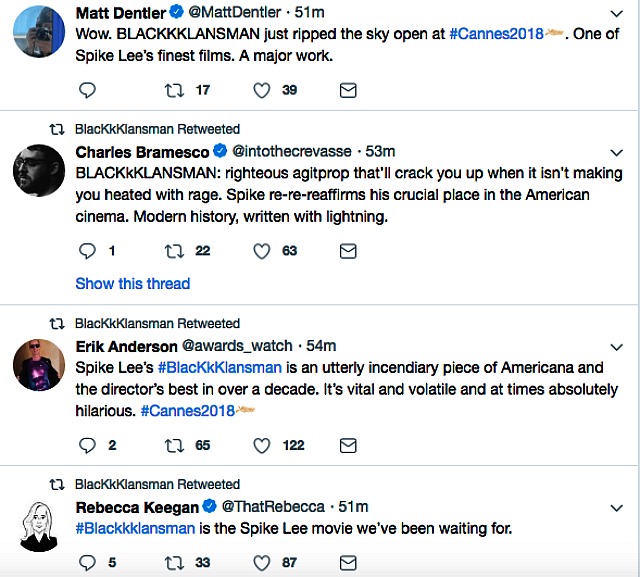 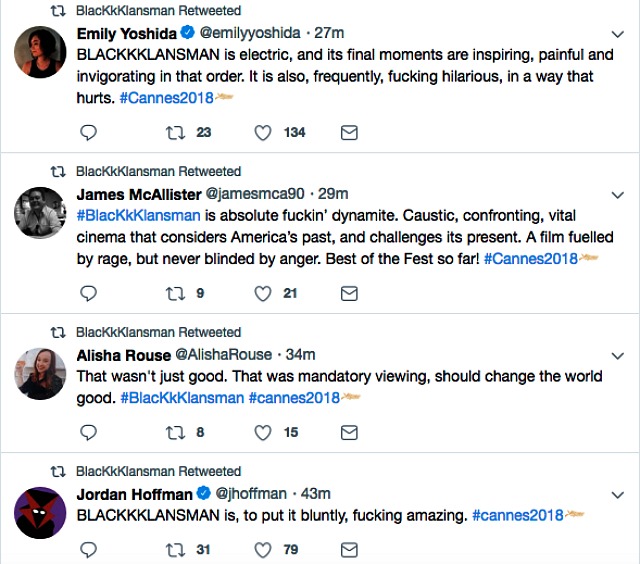