When Russian Rock Was Born

Set during the early ’80s Leningrad rock-music scene and focusing on a largely factual, less-than-ardent romantic triangle, Leto (Russian for summer) is a kind of monochrome dream trip — more about feeling the vibe than savoring the story. It’s something you need to sink into rather than judge and evaluate with a fine tooth comb.

Directed by Kirill Serebrennikov, Leto is based on the saga of three fact-based characters — Zoopark‘s Mike Naumenko (Roma Zver), his wife Natasha (Irina Starshenbaum) and Asian-born Viktor Tsoi (Teo Yoo), who went on to form Kino.

The screenplay is reportedly based on a memoir by Natalya Naumenko. (Natasha and Natalya are essentially the same name.)

It’s a trippy, at times rhapsodic recreation of the beginnings of Russia’s rock-music movement, a couple of years after the death of Leonid Breshnev and four or five years before Mikhail Gorbachev, the architect of glasnost and gradual liberal reforms within the Soviet Union, came to power. 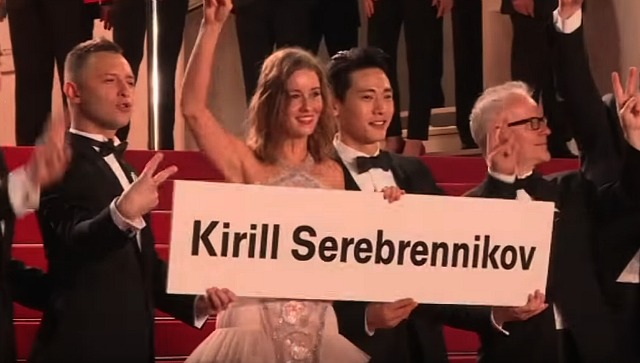 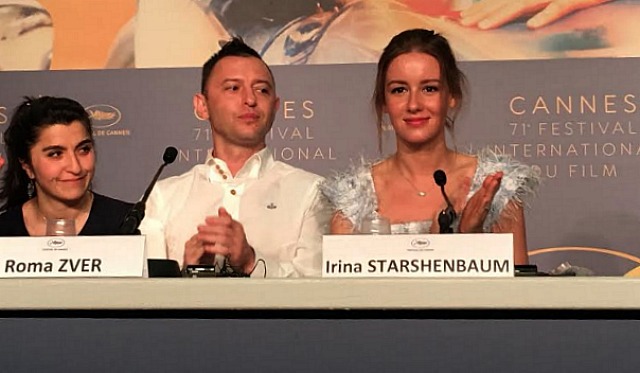 Leto kind of runs out of steam over the last 25 or 30 minutes and is therefore something of a mixed bag, but the first half to two-thirds are mesmerizing.

Anyone who expresses a “meh” reaction to Vladislav Opelyant‘s velvety black-and-white cinematography, framed within a lavish aspect ratio of 2.76 to 1 (the same as the nearly 60-year-old Ultra Panavision 70 or Camera 65 process), not to mention the monochrome hand-drawn animation used in the musical sequences…anyone who watches and says “aahh, no big deal, seen stuff like this before” really and truly has something wrong with them.

Call me a music-video rube but the musical sequences are electric and exhilarating and just great fun. Leto is definitely worth seeing for these alone.

Serebrennikov, an anti-Putinite, was arrested by government forces last August on trumped-up charges. He’ll apparently remain under house arrest until next fall, and was therefore unable to attend last night’s premiere or this morning’s press conference. The Leto costars held up a sign with his name on the red-carpet steps. 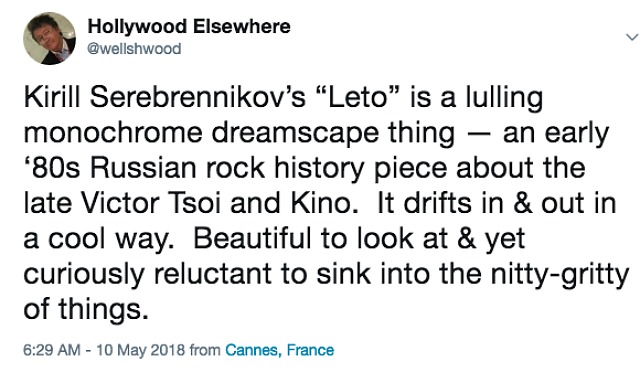 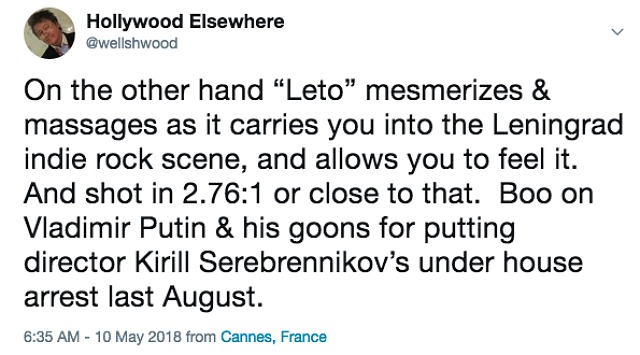