“For many scenes, it seems that Mr. Connolly asked himself, ‘What would Martin Scorsese do?’ All his answers are wrong. His staging of shots is not even rudimentary. And when he tries for a slightly sophisticated effect, he whiffs. There’s a shallow-focus view of Gotti and his crew walking down the street near their social club. The background is impressionistically out of focus as intended, while the characters walking toward the camera are…well, they’re out of focus, too. Just less out of focus than the background.

“The use of period pop music on the soundtrack here is probably influenced by Mr. Scorsese’s Goodfellas. Except the choices are on-the-nose dull or out-and-out hilarious. The killing of ‘Big Paul’ Castellano, which occurred in December ’85, is accompanied by Elvis Presley’s ‘Silent Night.’ Mr. Connolly even throws in Isaac Hayes’s ‘Theme From Shaft.’ You don’t put the ‘Theme From Shaft’ in a movie that is not Shaft. Come on.”

Side comment: I really don’t like that comma in the sixth sentence of the first paragraph, the one between “focus” and “too.” It may be technically correct but it looks wrong, and that’s the bottom line. HE version: “The background is impressionistically out of focus as intended, while the characters walking toward the camera are…well, they’re out of focus too.” 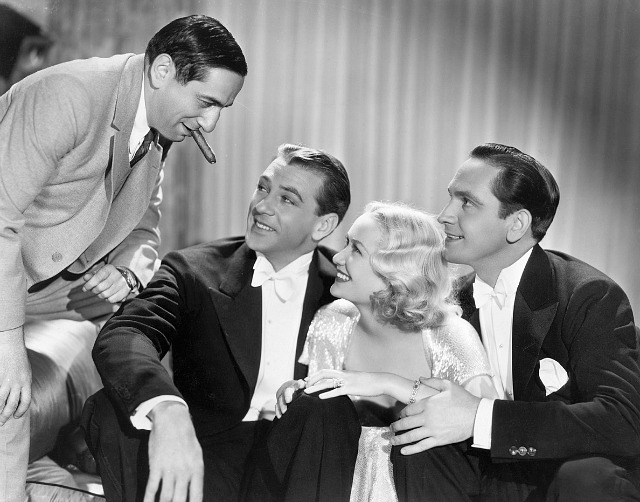 A Criterion Bluray of the ’61 version of A Raisin in the Sun will pop on 9.25.18. Based on Lorraine Hansberry‘s 1959 play, directed by Daniel Petrie, produced by David Susskind. Sidney Poitier, Ruby Dee, Claudia McNeil, Diana Sands, Stephen Perry, John Fiedler and — in his film debut at age 25 — Louis Gossett Jr. Early ’60s social realism — straightforward, modestly framed, well-honed, cards on the table. I’m very sorry, as usual, that Criterion had decided to present this much-honored film in a cleavered 1.85 aspect ratio when they easily could have gone with 1.78 or 1.66. (The cinematography is by Charles Lawton, Jr.) A Columbia Classics DVD presented Raisin in both full-screen and 1.85. 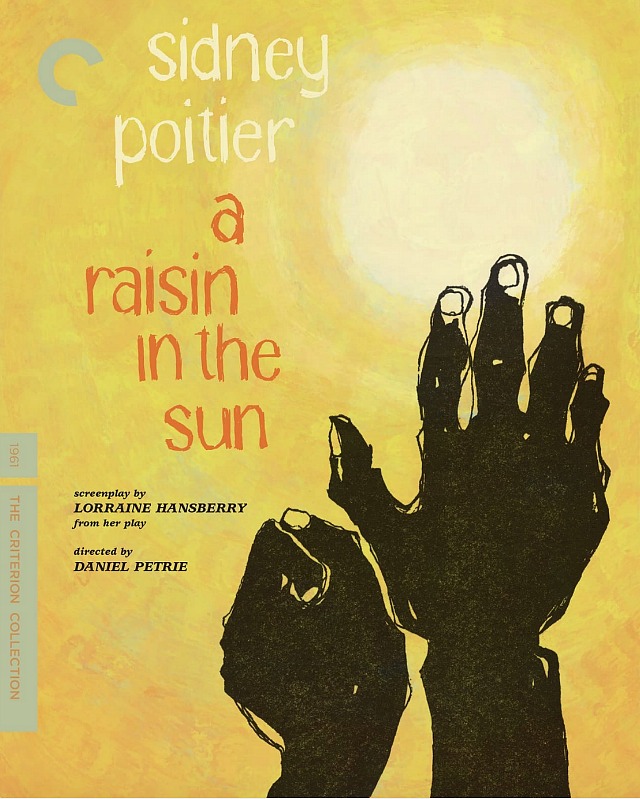 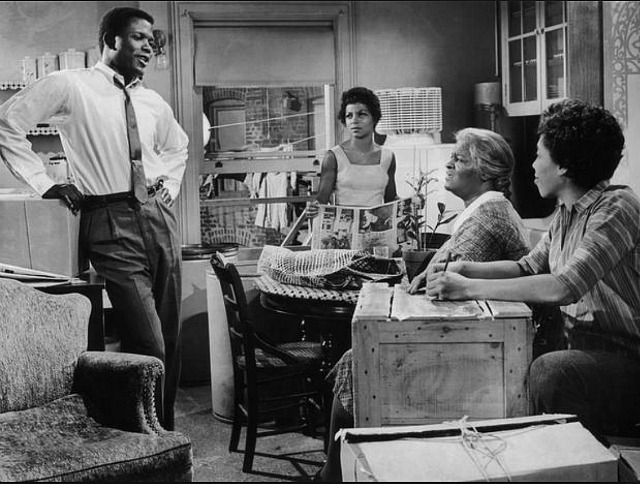 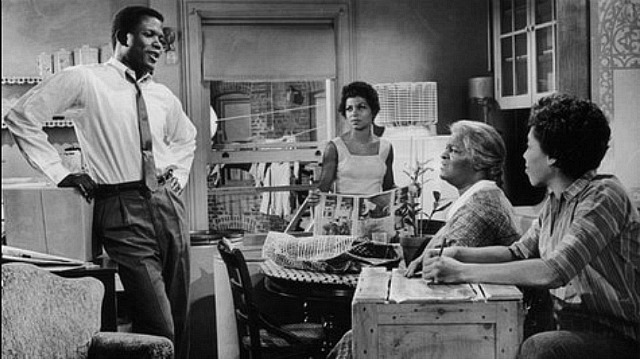 What a wonderful week it’s been. The applicable term is Ongoing Traumatic Stress Disorder. A constant bombardment by SJW mortars and grenades, first from the wolverines and then from a platoon of Outraged Millennials who wanted me dead and disemboweled because I said that Kyle Buchanan‘s description of Brie Larson‘s The Unicorn Store (which I didn’t see during last September’s Toronto Film Festival, and which has no distribution as we speak) sounded “worrisome.”

I actually said it “might” sound worrisome “in some circles,” which obviously allows that other circles might be cool with it. Yup, that’s all it took to inspire a stoning from the zealots. Buchanan’s words: “A charming, colorful, unabashedly girly coming-of-age movie.”

It was the “unabashedly girly” that prompted the “uh-oh.” But it was really the idea of any film unabashedly catering to the sensibilities of any specific group or perspective. I have concerns about any movie that sounds lopsided, excessively focused on a certain mindset or persuasion, or lacking a certain God’s-eye neutrality. I would be just as reluctant to see a film that’s been described as “unabashedly alpha-male” or “unabashedly septugenarian” or “unabashedly red-state.”

Yesterday’s comment from “Downtown Vibe” came to mind: “This is [a result of] having been taught within their groupthink bubbles that anyone with a different opinion is part of an establishment which exists only to be dismantled, and those who challenge their orthodoxy are to be any combination of ignored, dismissed or demonized.”

Roger Thornhill to Phillip Van Damm: “I don’t suppose it would do any good to show you a wallet full of liberal-progressive articles and essays…lamenting the pro-franchise, pro-remake scheme of today’s corporate overlords…singing the praises of anything and everything that’s actually good…being trashed for panning The Birth of a Nation after its first Sundance screening…pleading for David Jones and Harold Pinter‘s Betrayal to be streamed after being a home video no-show of over 30 years…celebrating the glories of Hanoi, Paris, Rome, Prague and Shreveport…singling out the X-factor brilliance of Jonah Hill…tirelessly advocating for the 1.37 version of Shane and persuading Woody Allen to support this…celebrations of the greatest 160 films…praising First Reformed…standing up to Prometheus…worshipping action films that actually adhere to the laws of physics…lamenting Chicago, The King’s Speech, The Artist…championing Alfonso Cuaron‘s Children of Men…worshipping Guillermo Del Toro‘s Pan’s Labyrinth, The Orphanage, Mama, The Devil’s Backbone…worshipping straight-friendly gay films like Brokeback Mountain and Call Me By Your Name.”

Van Damm to Thornhill: “You are a symbol of everything that’s vile and corroded about Hollywood journalism, and sooner or later my legions will pull you off your horse, chop you into pieces and feed your entrails to the dogs.”

“Mr. Trump was asked on Fox and Friends whether former FBI director James Comey should be prosecuted and put in prison. ‘I would never want to get involved in that,’ Mr. Trump said. ‘Certainly he…they just seem like criminal acts to me. What [Comey] did was criminal. What he did was a terrible thing to the people. What he did was so bad in terms of our Constitution, in terms of the well-being of our country. What [Comey] did was horrible.’

N.Y. Times explanation: “But the inspector general found no evidence that the F.B.I. did anything to stop Mr. Trump or rig the investigation into [Hillary] Clinton in her favor. In fact, the report’s criticisms of Mr. Comey and the bureau’s conduct focused on actions that damaged Mrs. Clinton, not Mr. Trump, and it deemed the decision not to prosecute her a reasonable one.”

Posted on 12.26.14: In order to compose a thorough, no-holds-barred saga of his drug-addled past in “Night of the Gun,” a riveting 2009 memoir, N.Y. Times columnist David Carr relied on the accounts of first-hand witnesses, gathered by diligent shoe-leather reporting, rather than his own memory.

I’m mentioning this because a friend reminded me last weekend of an eccentric episode that happened, he said, in my early 20s. When, he also reminded, I was living a colorful, dissolute life. The story made an impression because I didn’t remember all that much. But then certain details began to come back into focus. My friend’s account was probably exaggerated, but I realized that if I ever write a history of my own wild tales I’ll have to get out the pad like Carr. 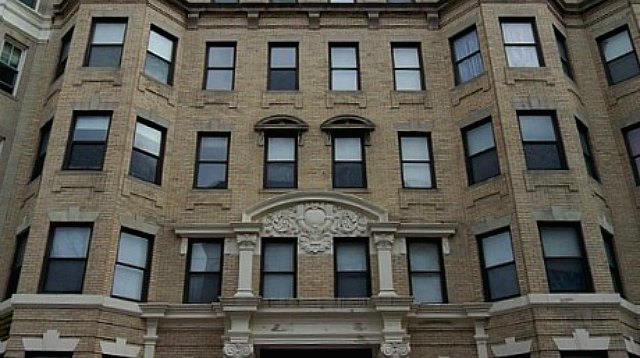 One night around 10 pm or so we decided we needed a straw for sucking in hash smoke. A tiny chunk of hash placed on the burning embers of a cigarette, etc. No, I don’t remember why we didn’t just use rolled-up dollar bills. Probably because it would’ve been unsanitary.

I recall that it was fairly cold out and that we were probably broke or close to it, and so going to a market and buying a pack of straws was out. So I decided to start knocking on doors and asking Frank and Karen’s neighbors if they had a straw to spare. It wasn’t just the vaguely strange notion of a long-haired guy in jeans and boots with bloodshot eyes looking to bum a straw from strangers, but that it was too late to knock on doors and bum anything from anyone.