Another Curing of Mumps, But Not CinemaScope Kind

Guys like Jeff Sneider don’t understand the concept of owning Blurays, and to be honest half the time I question it myself, given the excellent quality of high-def streaming these days. But I’ve just ordered Kino Lorber’s 60th anniversary Bluray of William Wyler’s The Big Country, and for two good reasons: (1) It’s been newly remastered in HD (the last Bluray version surfaced in 2011, from MGM Home Video) and (2) it’s been completely de-mumpified.

Besides removing the horizontally-stretched “mumps” effect, this upgrade process also pulls in extra visual information from both sides of the frame.

But the mumps taffy-stretch effect that afflicted The Big Country‘s 2011 Bluray wasn’t a CinemaScope issue, as William Wyler‘s 1958 western was shot in 8-perf Technirama and then printed down to 35mm.

The problem was caused, rather, by the MGM Home Video geniuses who transferred the film, which had been restored in 2007 by the Academy Film Archive with support from the Film Foundation, to a high-def Bluray format.

I reached out Tuesday evening to Kino Lorber’s senior acquisitions vp Frank Tarzi, hoping to discuss the technical particulars. (Tarzi had previously helped with factors leading to Kino Lorber’s decision to issue their Marty Bluray in 1.37 rather than the dreaded 1.85.) But it was late by the Manhattan clock, and Tarzi didn’t respond. 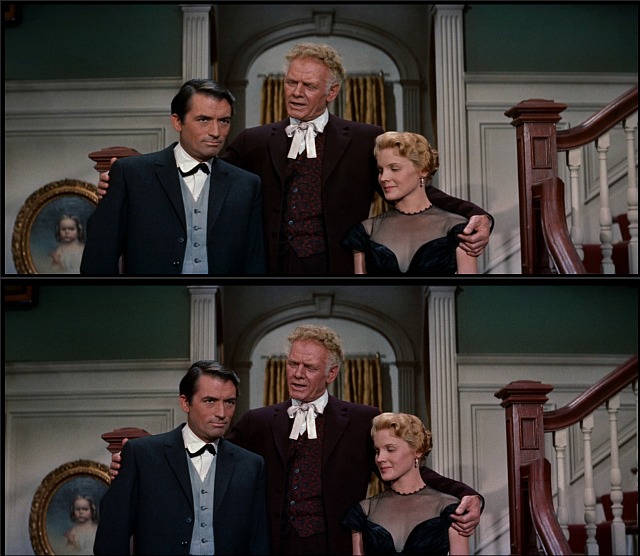 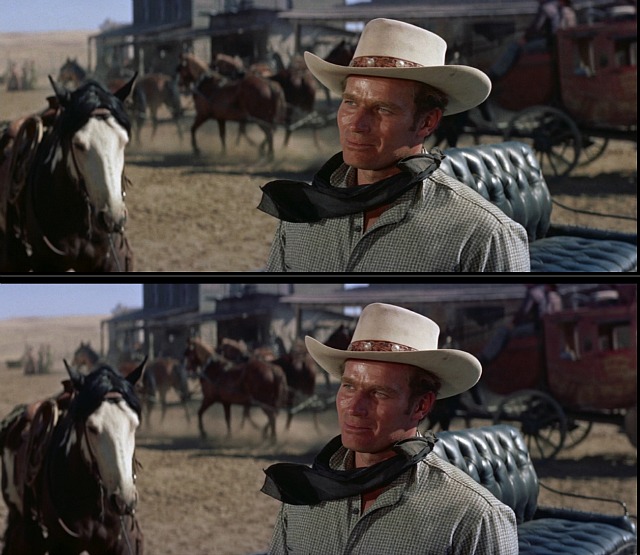 Mumps above, no mumps below 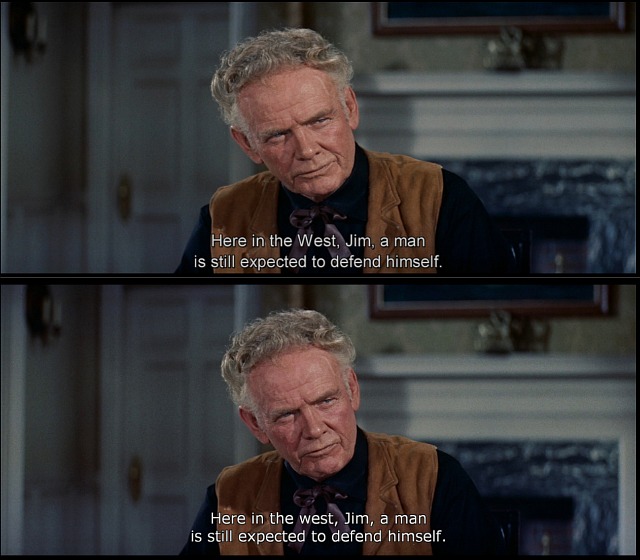 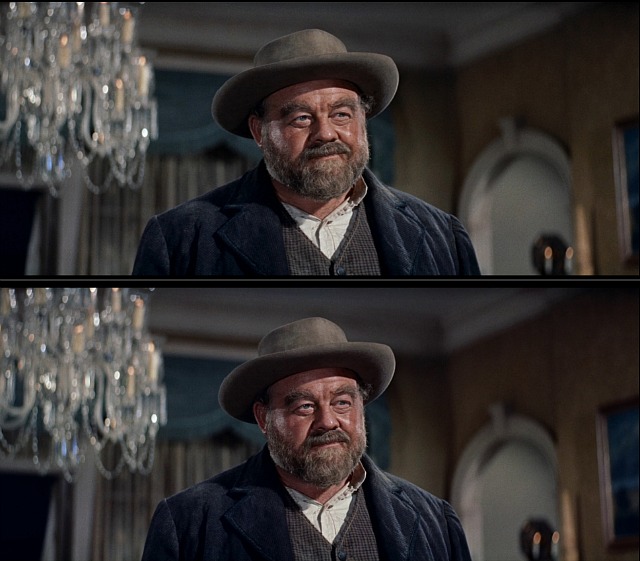 Non-related background on CinemaScope mumps, which made images (particularly faces) in the 2.35:1 image look wider or fatter than they naturally were:

“It turns out there were three kinds of B & L CinemaScope lenses between ’53 and the early ’60s. The very early kind, which delivered serious mump distortion, was used on The Robe, How to Marry a Millionaire and Beyond The Three Mile Reef. Then another lens was developed and used during the mid to late ’50s, one which lessened or modified the mumps without making them disappear. And then came the third kind of Bausch & Lomb CinemaScope lens, which was known as the E-series or blue lens as the housing was colored blue as opposed to grey with the earlier versions. The E-series went a long way to correcting the mumps altogether.

The E series or blue lens used, apparently on a preferential basis, by dp Freddie Francis on filming of The Innocents.