During last night’s Crystal + Lucy Awards in Manhattan, Brie Larson doubled down on those USC Annenberg Inclusion Initiative findings about 63.9% of critics being white guys with women and POCs comprising a too-small minority.

Her basic thought was that Ava DuVernay‘s A Wrinkle in Time, “a love letter to women of color,” acquired an unfair negative rep because it was reviewed by too many older white dudes, whom it “wasn’t made for.”

“Am I saying I hate white dudes?” Larson asked. “No, I’m not, [but if] you make a movie that is a love letter to women of color, there is an insanely low chance [that] a woman of color will have a chance to see your movie and review your movie.” 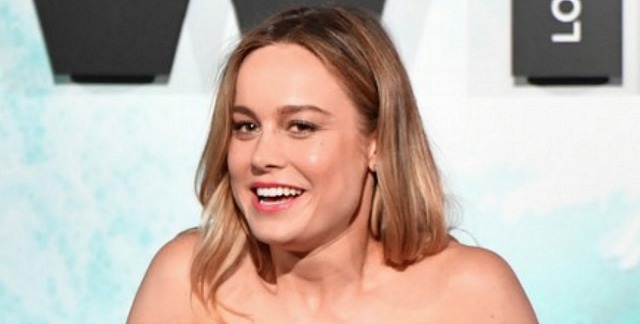 “[Audiences] are not allowed enough chances to read public discourse on these films by the people that the films were made for,” Larson went on. “I do not need a 70-year-old white dude to tell me what didn’t work for him about A Wrinkle in Time. It wasn’t made for him. I want to know what it meant to women of color, to biracial women, to teen women of color, to teens that are biracial.”

Obviously there’s nothing wrong and everything right about non-white-dude critics seeing and reviewing this or that movie. Everyone should be heard. On the other hand A Wrinkle in Timeallegedly sucked eggs. Larson seems to be saying that Wrinkle‘s 40% Rotten Tomatoes rating was partly a result of an older-white-critic conspiracy and partly due to insufficient numbers of younger POC female critics reviewing it.

Larson is basically saying there’s no such thing as a fair, accurate, comprehensive consensus of truth about a film’s quality. Everything is subjective. And that if you’re not among the target audience, you may be missing something that means a lot to people whom the film was “made for.”

If a movie stinks or isn’t very good, the word will get out — period. If it makes people suffer, people will talk about that suffering and the result will usually manifest in a decisive box-office death. Not always but usually. This is pretty much what happened with A Wrinkle In Time.