In Incredibles 2, the Parr family (Mr. Incredible, Elastigirl, Violet, Dash, Jack-Jack) bunks for a few weeks at the “Safari Court Motel”, a ’50s-looking place with a neon sign. Except many well-travelled Los Angeleno will tell you it’s a real, actual place, three or four blocks from Disney Studios. Located at 1911 W. Olive Ave (between Lamer and Parish Place), the Safari Inn — no “court” in the name — was also where Clarence and Alabama stayed in Tony Scott and Quentin Tarantino‘s True Romance (’93).

Now for the bad news: The neon palm tree and swimming pool are still there, but indoors the Safari is nothing close to a “gorgeously retro motel,” as Hollywood Reporter critic Todd McCarthy described it today. Having visited there a couple of years ago, I can tell you it’s bland and corporate and sorely lacking in ’50s character. Built in 1955, the place was bought and apparently “upgraded” by Coast Hotels sometime within the last decade. Trust me — the funky-retro place you may remember from True Romance (i.e., the motel where James Gandolfini and Patricia Arquette had their big fight) is no more.

The Safari Inn was reportedly also seen in Ron Howard‘s Apollo 13 and has been featured in several TV series. 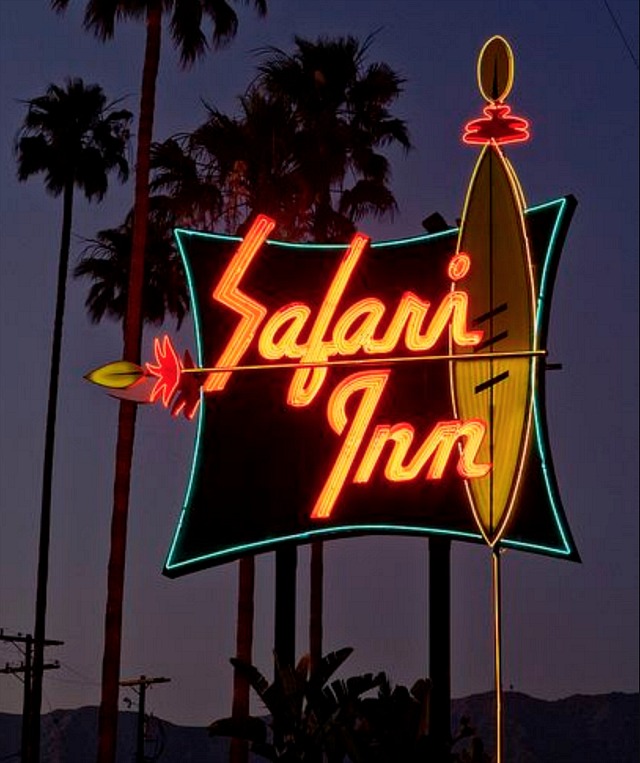